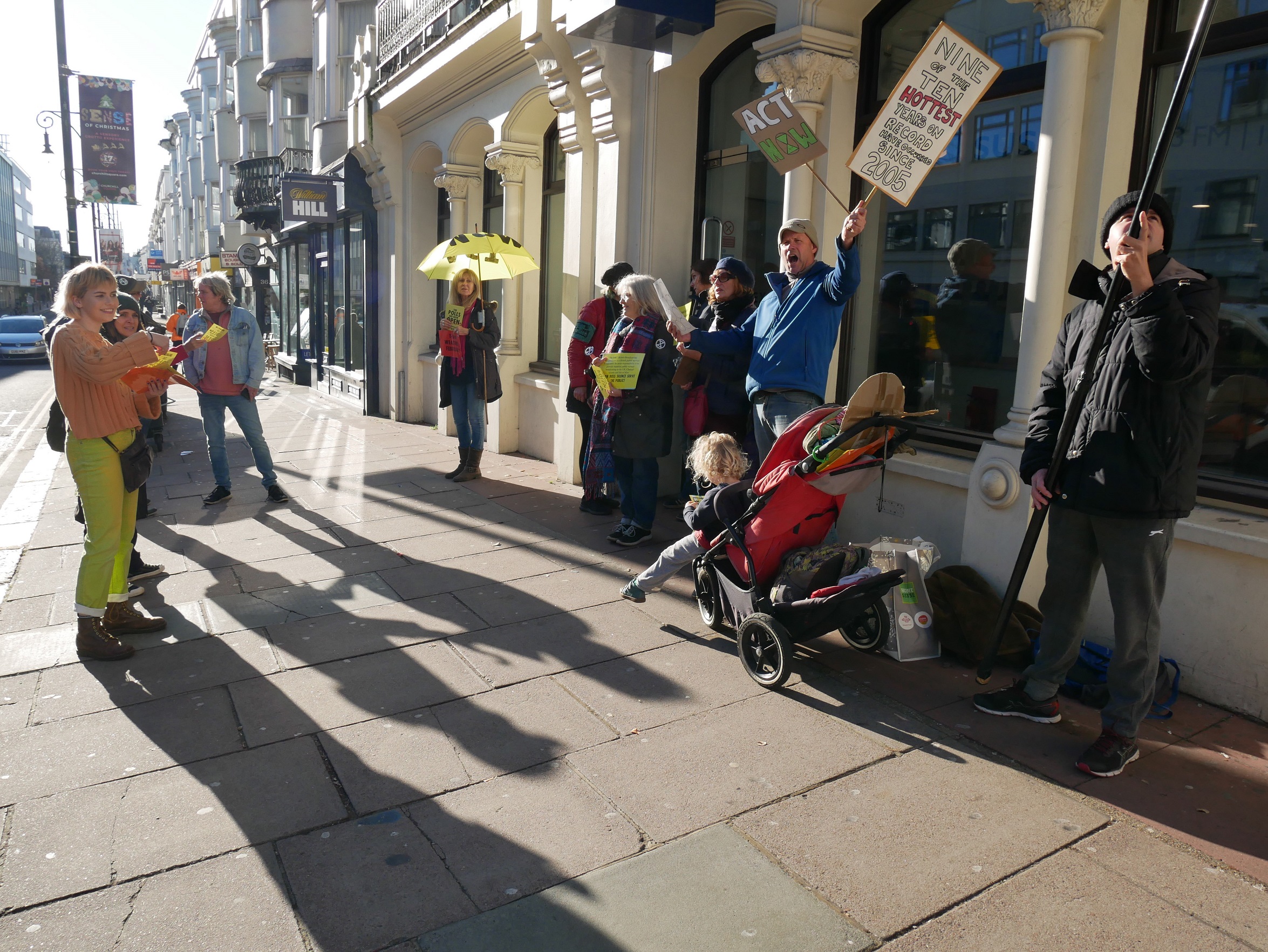 Climate crisis protesters demonstrated outside BBC Sussex’s Brighton studios this week demanding changes to the station’s weather forecasts – only to be told the forecasts are not broadcast from there.

Extinction Rebellion demonstrators say they were refused entry to the office in Queens Road – but a BBC journalist came out to talk to them and took their letter.

They were asking for daily forecasts to include climate emergency content in the same way that pollen and pollution counts are reported.

The demonstration is part of a sequence of protests billed the Twelve Days of Crisis campaign in the run up to next Thursday’s general election.

Claudia Fisher, spokesperson for Extinction Rebellion Brighton, said: “Earlier this year Bill Giles, a retired weather reporter called for something along these lines, saying ‘understanding and explaining climate change is one of the most important things facing humanity today. And the BBC and other broadcasters urgently need to reflect this.’

“Further research has found there is an international group of weather reporters, called ‘Climate Without Borders’ which is endorsed by Petteri Taalas (World Meteorological Organisation Secretary General) and is dedicated to spreading the truth about climate change, yet as far as we can tell, no BBC weather reporters are members.

“This is very disappointing. The BBC is a public service broadcaster. We do not believe they are adequately fulfilling that role. How can the electorate include climate breakdown in their decision when voting, if they don’t know there is a problem?

“We will continue with this campaign until we are heard.”