Detectives have issued a renewed appeal for help tracing a man suspected of carrying out a sex attack in Brighton. 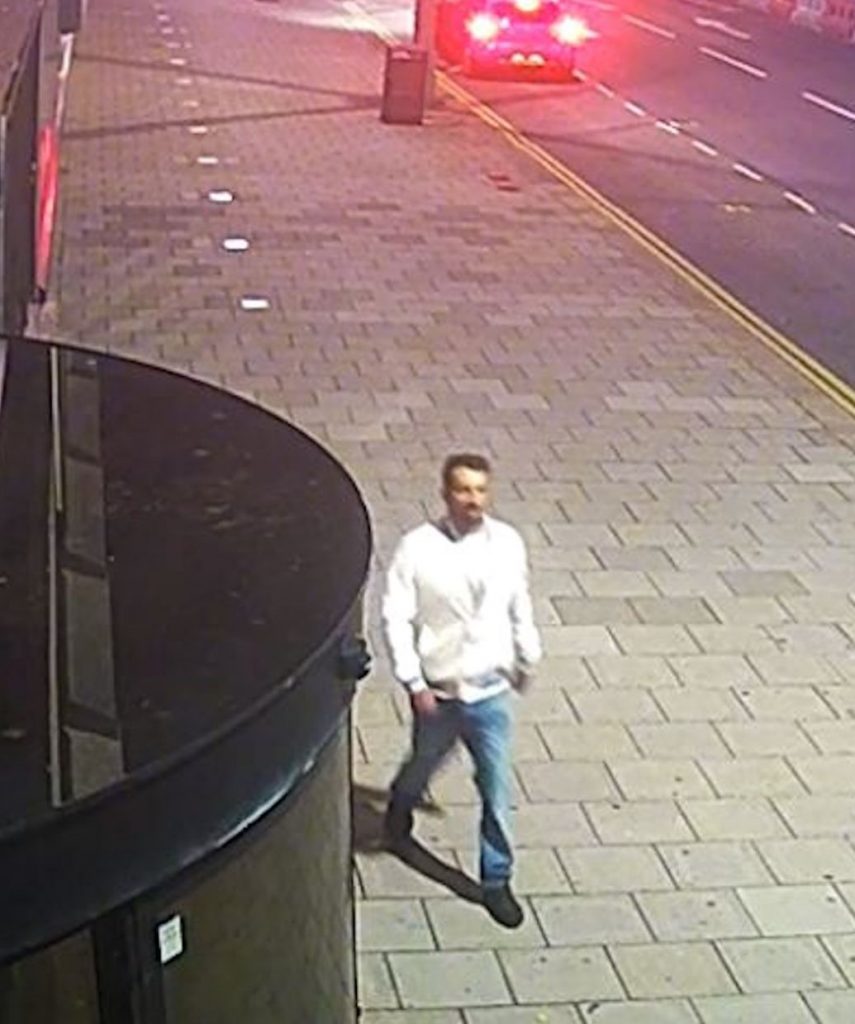 Sussex Police said: “Police inquiries are continuing to try to identify a man in relation to an attack on a woman in King’s Road, Brighton.

“A CCTV image of the man was first issued on (Wednesday) 20 November.

“Shortly before 1am on Sunday 20 October a 20-year-old local woman had finished work and was walking east along the seafront side of King’s Road by the i360 when she was approached by a man who first tried to engage her in conversation and then sexually assaulted her.

“She resisted and after a short while he walked away westwards.

“The man seen in the CCTV still image is described as about 5ft 10in, in his mid thirties, of tanned or dark complexion, with dark hair and wearing a white tracksuit top and blue jeans.”

Detective Sergeant Jack Sagar, of the Brighton Safeguarding Investigations Unit, said: “If you can help identify this man, please get in touch right away by calling 101 or online quoting Operation Downgate. However, in an emergency dial 999.”

Sussex Police said: “Operation Downgate is the ongoing police investigation into five offences in which women were sexually assaulted in Brighton city centre.”

The investigation covers incidents on Saturday 5 October, Sunday 6 October and Sunday 20 October – and the police have appealed for witnesses in relation to all five assaults.

A 17-year-old boy has been charged with the two assaults on Saturday 5 October and Sunday 6 October and has been committed for trial at the crown court with an initial hearing on Friday 3 January 2020.

Sussex Police added: “Inquiries are also continuing into the other two incidents – in Ditchling Road on (Wednesday) 24 July and in East Street on (Friday) 11 October.

“There have been no further incidents since (Sunday) 20 October.

“Throughout the investigations, detectives had been considering possible links between the offences, including the consideration that the same person could have been responsible for all the attacks.

“However, as previously explained, further detailed inquiries, including information from victims, further CCTV images and information from the public have led the police to conclude that not all the attacks are linked and therefore were not all carried out by the same person.”

Valuable ring found at Brighton Marina – is it yours?

Why ideology should be left at the school gate