The Darkness announce ‘Easter Is Cancelled’ 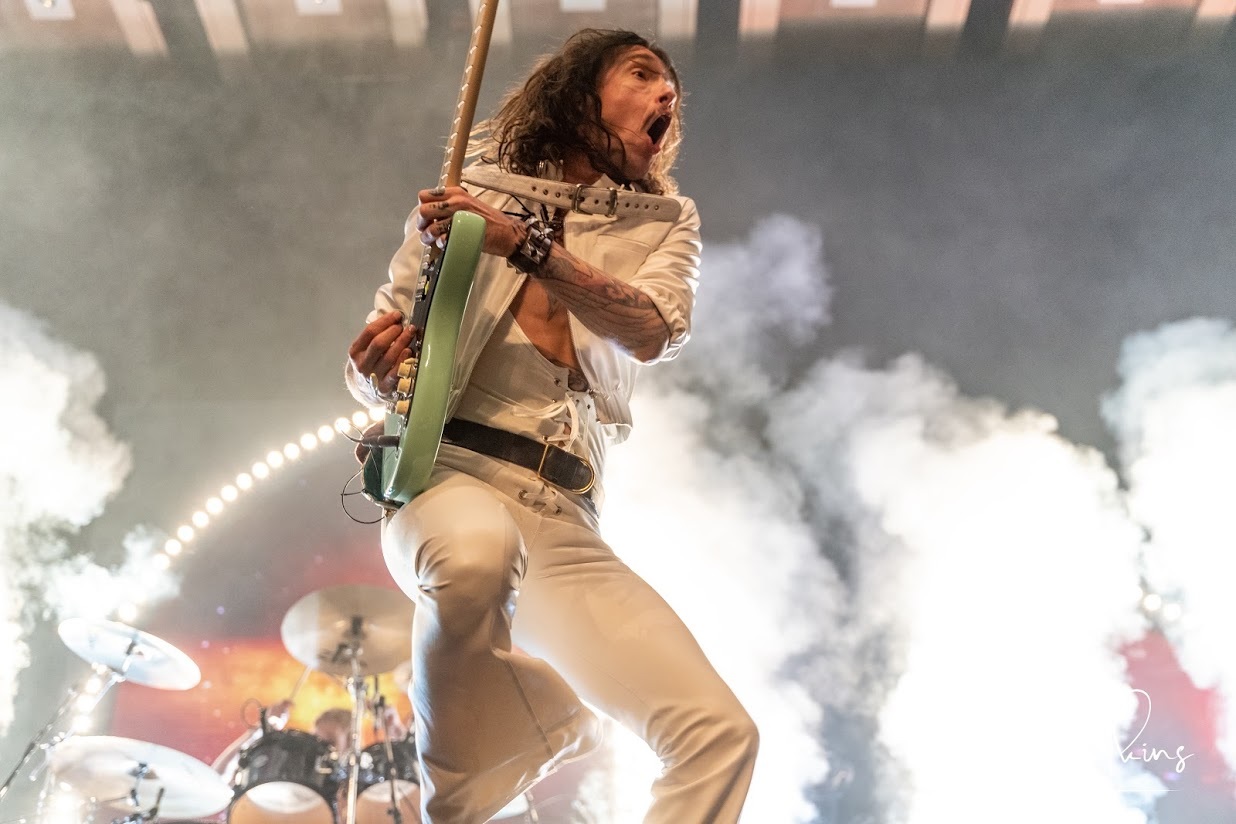 This evening the Brighton Dome sees the return of The Darkness, who last took this venue hostage back on the 11th December 2017 and they’re here again with their ‘Easter Is Cancelled’ tour. The band have already performed in venues right across the UK and will finish up at the Roundhouse in London on the 20th before next year taking on Europe, Australia and the USA. 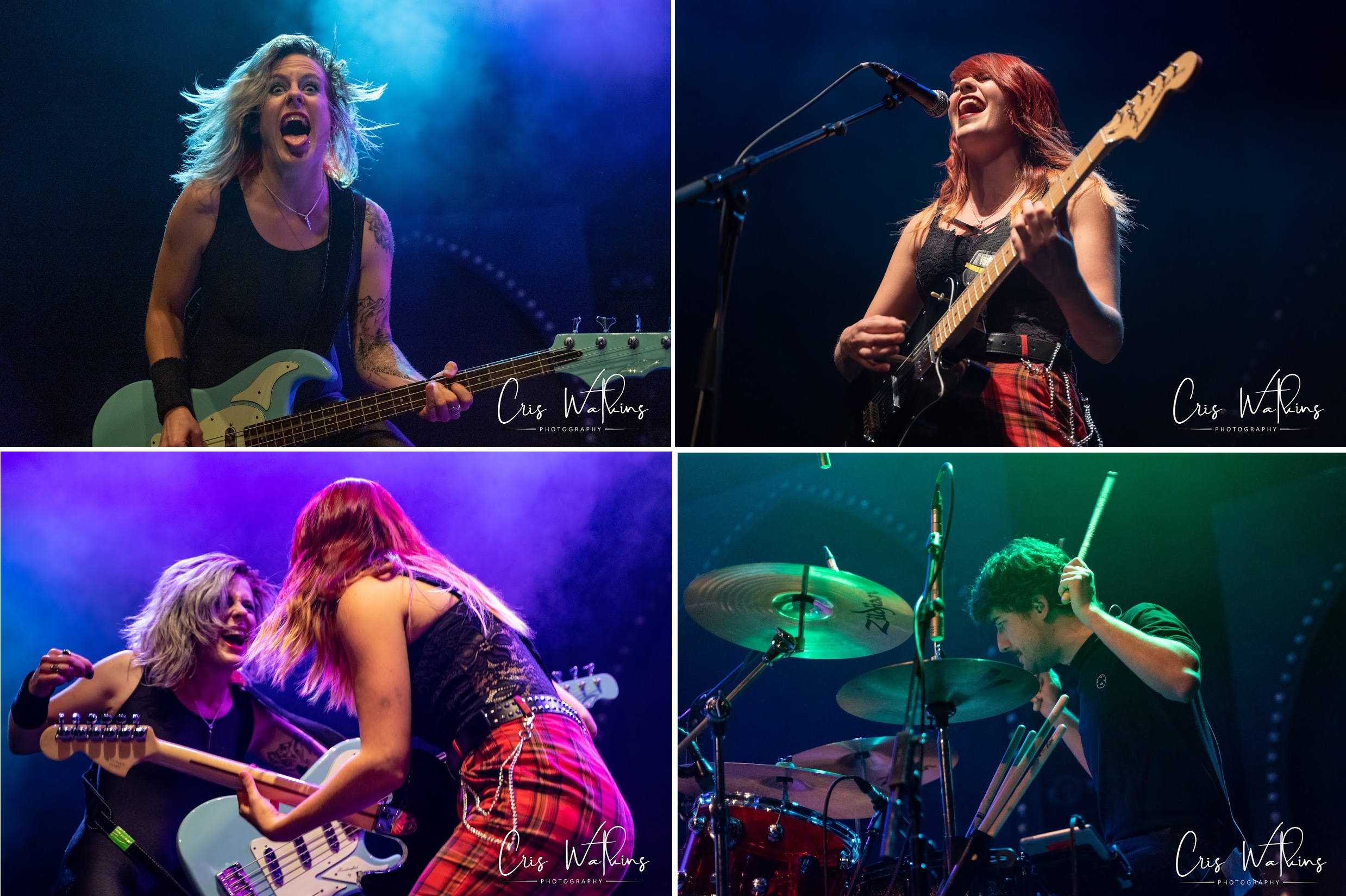 First up and certainly not to be overlooked are 3-piece alt-rockers Rews. I first caught them live back at this years ‘Camden Rocks Festival’ during an acoustic performance in the tiny Doc Martens Boot Room, but this is the first time I get to see them with the amps turned up to 10.

Rews are a joy, bittersweet vocals, catchy choruses, layered over chunky guitar, overdriven bass and drums. In their short set, they power through 8 tracks starting with opener ‘Rip Up My Heart’ from their album ‘Pyro’, which certainly gets the crowd’s attention. By the fourth number ‘Shake Shake’, the gathered mass are hands raised, clapping in unison with much appreciation from vocalist/guitarist Shauna Tohill.

Rews take a solid rock foundation, sprinkle it with pop sensibilities and a dash of glam to significant effect. They top off the set with two absolute corkers, the new single ‘Birdsong’ and ‘Shine’ which has had over 4 million listens on Spotify alone to date! Rews are the perfect opener for tonight, but I’d love to catch them as headliners in their own right so they can expand on the fun set they delivered. 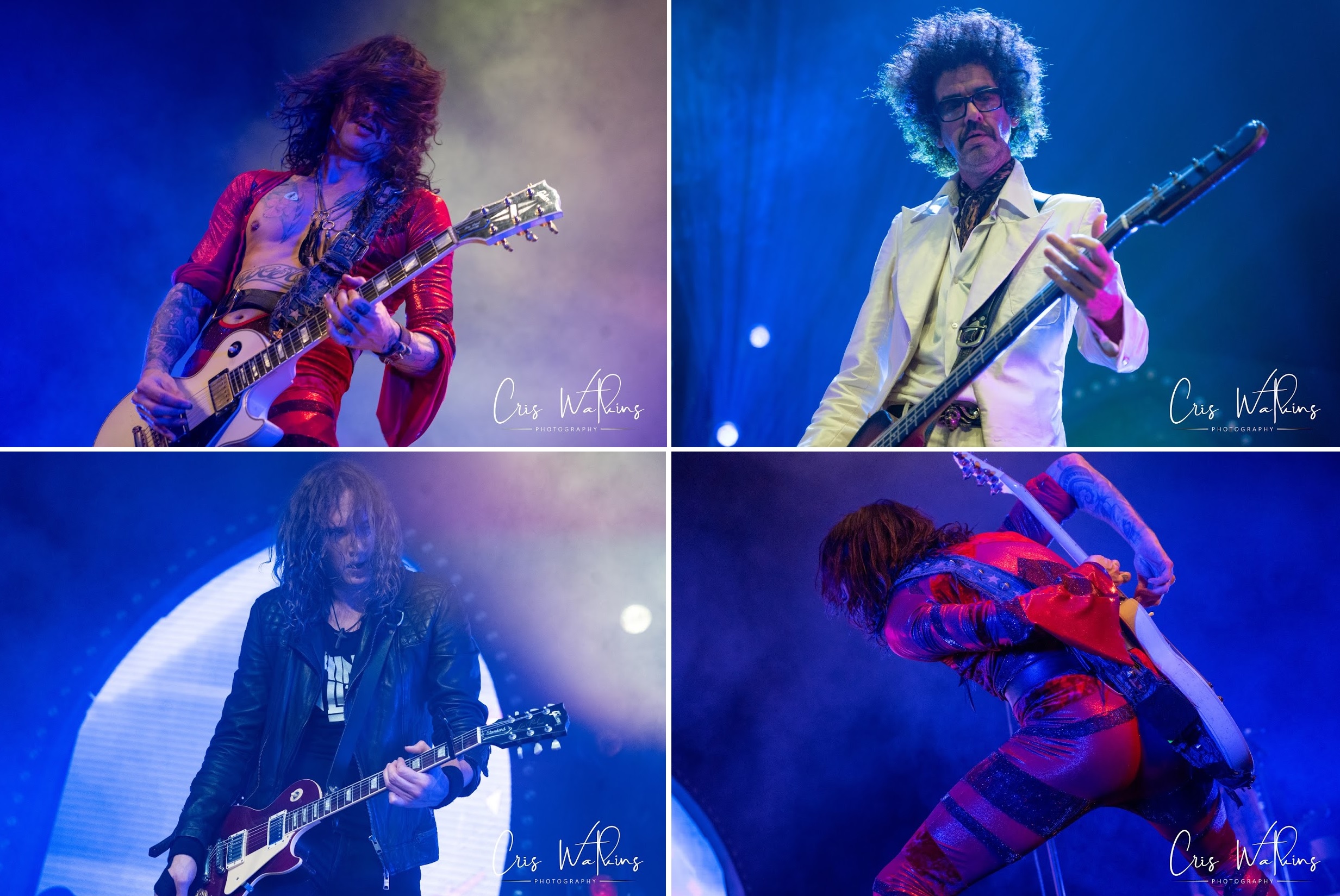 The Darkness take to the stage, and the opening strains of ‘Rock And Roll Deserves To Die’ fills the air with Justin’s vocals appearing from somewhere off stage. It’s a deceptive start which quickly turns into the trademark Darkness sound of falsetto vocals, searing guitar solos and heavy riffage and it nearly takes the roof off the venue.

The band appear all dressed in white suits with vocalist/guitarist Justin Hawkins wearing a white jumpsuit underneath. The backdrop tonight consists of three arched windows framed with led lights, and video images projected through to match the feel of each number, so impressively done that I kept finding my gaze drifting away from the band at times.

The Darkness are certainly at the operatic end of the rock/metal scale, albeit with tongue firmly planted in cheek. What we get tonight is two sets, the first was the new album in full and in order, then followed by a second set of all those Darkness classics, and this eager assembled crowd couldn’t ask for more.

‘Easter Is Cancelled’ feels composed for live shows in mind as these tracks are just pure gold when delivered this way. Highlights of the first set were the single ‘Heart Explodes’ and ‘Heavy Metal Lover’, which is a romping beast of a number and apparently their track to dance to.

The set ends with the band leaving the stage leaving Justin alone, acoustic guitar in hand for ‘We Are The Guitar Men’ joined by a backbeat of a thousand clapping hands.  Earlier Justin Hawkins did an impromptu headcount of all who’ve bought the new album, and it rests at around 30% this will surely double after this set.

The band return after a quick change and we are taken on a rock ‘n’ roll tour de force through the hits. The balls to the wall ‘One Way Ticket’ opens this second set, taken from the 2005 album of the same name,which is just a monster live. We also get superb run-throughs of the classic ‘Growing On Me’, the incredible Radiohead cover ‘Street Spirit’ with it’s pure Iron Maiden style chugging riff and Justin hitting some of the highest notes of the night. No Darkness show though would be complete without the mega-hit ‘I Believe In A Thing Called Love’ which drops a massive dollop of icing on an already sweet as f**k rock show.

After a really hectic year of shows I thought I’d seen everyone I needed to see, but along comes The Darkness to blow away many of those too distant memories. They possess 100% charisma and deliver a to die for rock ‘n’ roll show, there really is no substitute!

The Darkness setlist reads:
(Easter is Cancelled album)
‘Rock And Roll Deserves To Die’
‘How Can I Lose Your Love’
‘Live ‘Til I Die’
‘Heart Explodes’
‘Deck Chair’
‘Easter Is Cancelled’
‘Heavy Metal Lover’
‘In Another Life’
‘Choke On It’
‘We Are The Guitar Men’
(Greatest Hits)
‘One Way Ticket’
‘Barbarian’
‘Growing On Me’
‘Japanese Prisoner Of Love’
‘Love Is Only A Feeling’
‘Solid Gold’
‘Givin’ Up’
‘Street Spirit (Fade Out)’ (Radiohead cover)
‘Get Your Hands Off My Woman’
‘I Believe In A Thing Called Love’
(encore)
‘Christmas Time (Don’t Let The Bells End)’ 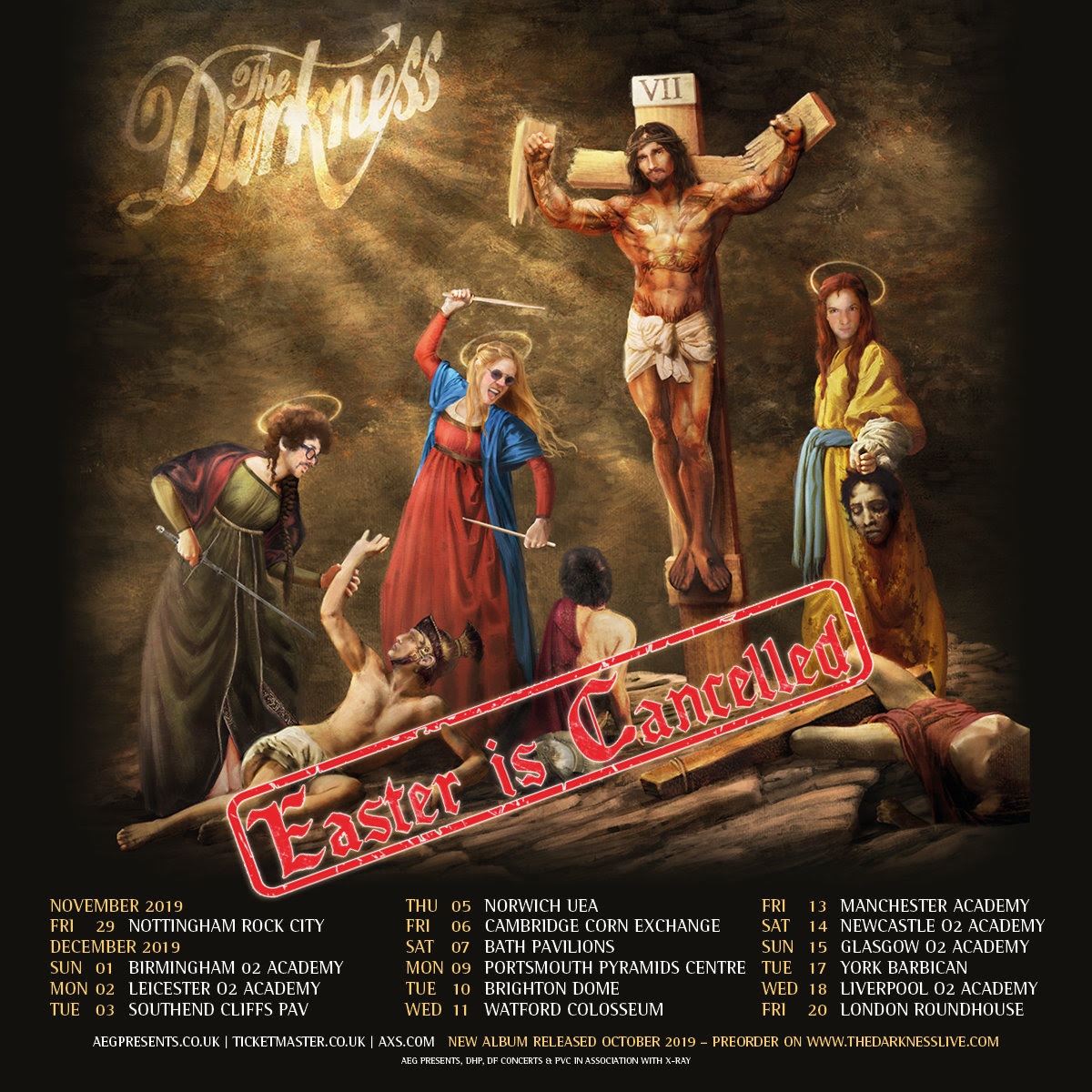