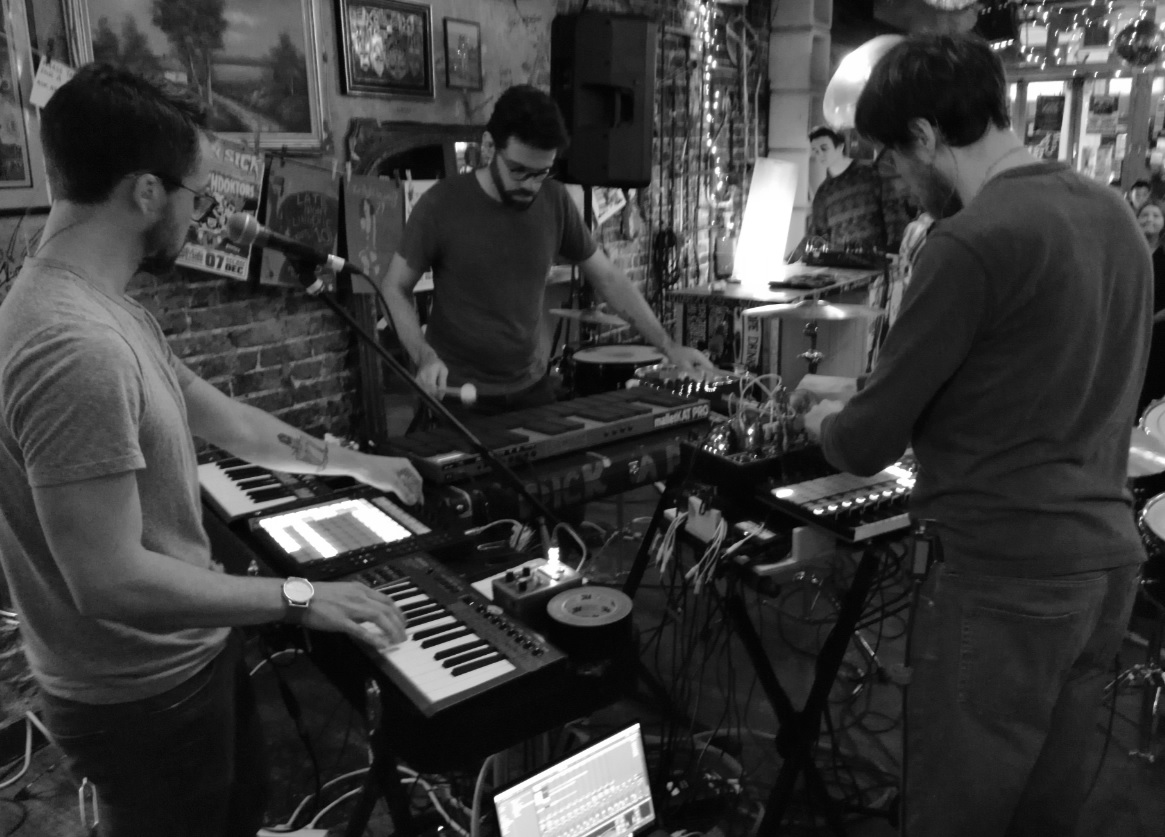 On a cold, wet and blustery Thursday, when all the talk around town was about who would prevail in the general election, we had lined up an evening of escapism and electronic music so headed to Brighton’s lively Hope and Ruin on Queens Road in order to see Canadian trio ‘Pick a Piper‘ play a free gig on the latest leg of their European tour.

Pick a Piper are the collaborative project of Toronto based Brad Webber which combines dance-music structures, polyrhythmic percussion, atmospheric sound design, loopy melodies and a focus on electronics and production technique to create a sound poised between the organic and the synthetic. Much of the music is inspired by Brad’s travels around the world. He tours with long-time pals Dan Roberts (vocals) and Angus Fraser who completed the trio this evening.

Despite the fact that they have been going for around 10 years, I’d not heard of them before, until I saw a tweet by tonight’s promoter ‘Love Thy Neighbour‘ with a link to their latest track ‘Fragments’, which I played and instantly loved. Find it HERE. From this point, I checked out their other material, became hooked and added this night to my calendar as a ‘must go’. 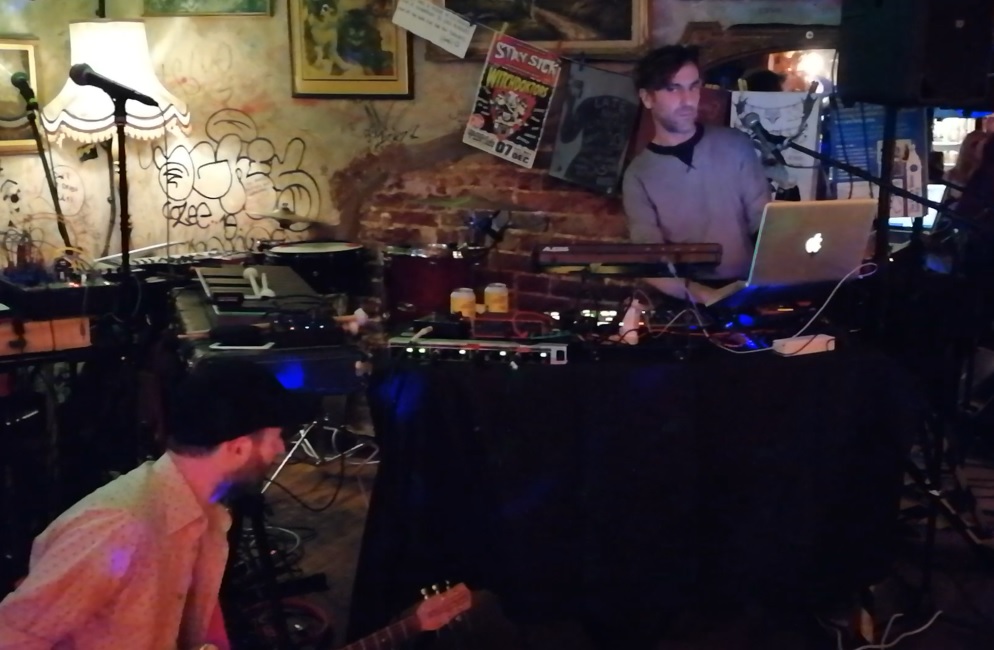 On arrival at the Hope, we were greeted with a rather curious crowd of pirates and punks mingling with electronic music fans and general pub punters as there was another event taking place upstairs, but it made for a fun atmosphere, although not the easiest for tonight’s support Via Tirana, who did a great job of kicking things off against quite a raucous backdrop.

Via Tirana (Brighton-based Genti who originally hails from Albania) is an off the wall indie-electronic dance project. The sound is a full synergy of electronic beats, synths with and vocoder enhanced vocals. Tonight Genti was joined by a mate on electric guitar, so they lined up as a duo, which added extra depth to the performance. We were treated to an excellent half an hour of original compositions once again. We’ve previously enjoyed his music last month (read our review HERE).

Via Tirana setlist reads:
‘Feel’
‘Dave The Machine’
‘Casio O’
‘In Her Eyes (Her Eyes)’

Find out more on the Bandcamp page HERE. 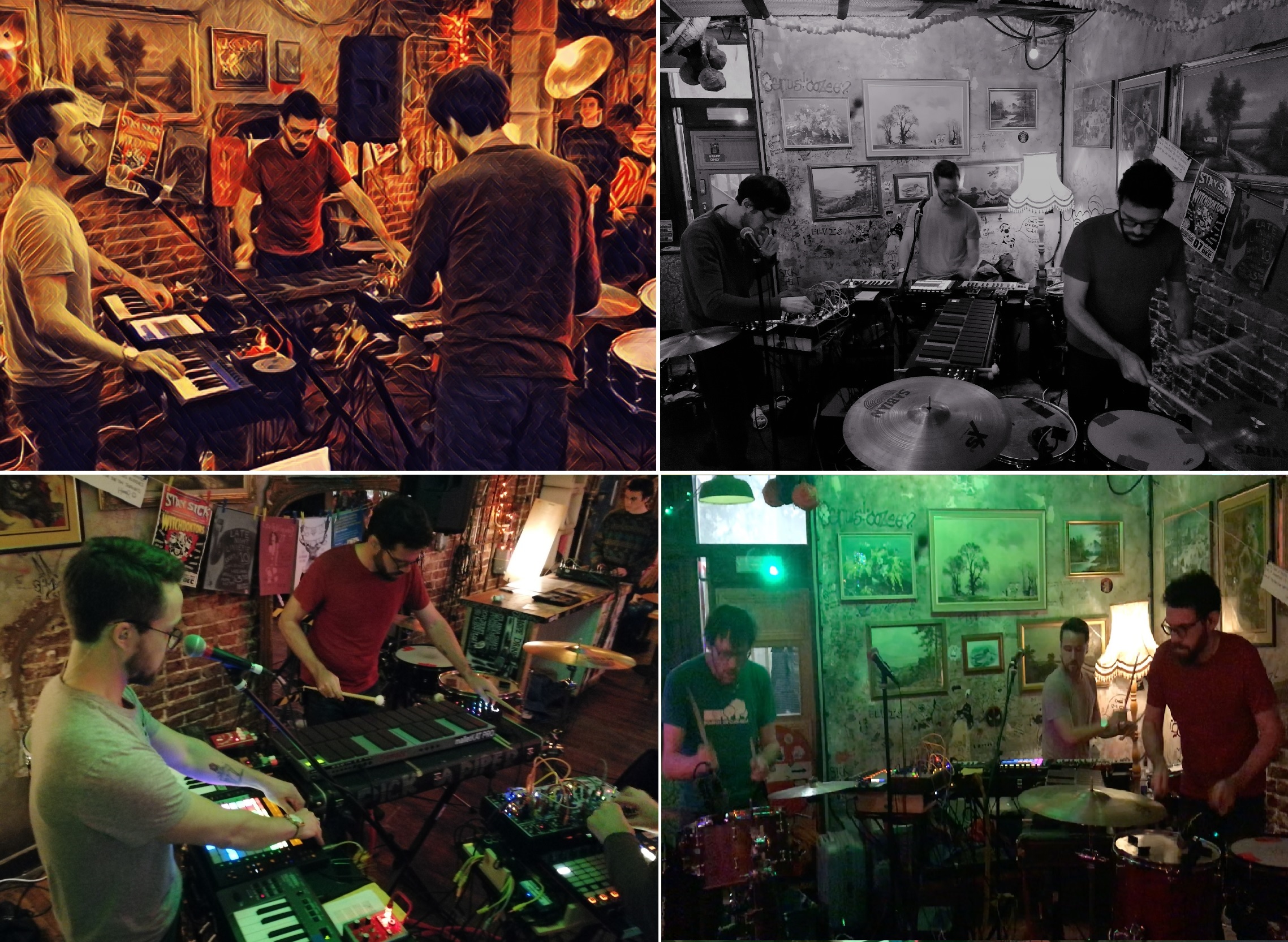 After an interlude to set up an impressive bank of equipment including a Malletkat (a type of electronic glockenspiel) and no less than THREE sets of standing drums, Pick A Piper were ready to hit us with a wall of sounds, and boy, did they do just that!

They had arranged themselves in a triangular formation which made for a visual spectacle and Brad beckoned the crowd closer at the start. Soon they had pretty much the whole bar engaged with the music and dancing to their fresh, kaleidoscopic layered and textured sounds.

The key distinction between Pick A Piper recordings and live performances is the use of the drums and cymbals, which add a totally different dimension to the performances, making them seem more dynamic and this compliments the delicious dreamlike sometimes psychedelic synth sounds beautifully.

The set closed out with their brilliant 2013 track ‘Once Were Leaves’, which saw the trio give a masterclass drumming in rotation and perfect time as the set reached a crescendo. The 45 minute performance was totally mesmerising from start to finish.

Afterwards, we purchased some merch and chatted to the guys, who were all very friendly and happy to talk about their musical journey with us, which rounded off a fantastic night.

As a fan of pure, original electronica, it doesn’t get much better than this. The crowd were left wanting more and that is as good a compliment as you can get. We’ll be following this particular piper closely from here on.

Listen to (and purchase if you like) their material on their Bandcamp page HERE.