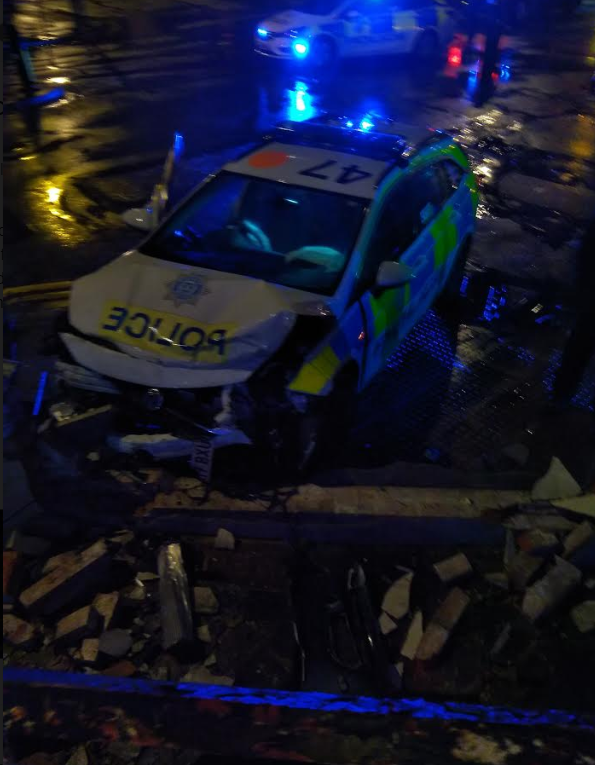 A police car smashed into another car and a property in Hove in the early hours of this morning (Tuesday 17 December).

The woman driving the other car suffered minor injuries and was taken to hospital for medical checks.

The crash woke the two occupants of the flat worst affected by the crash, Nigel Merle and Franck Cleret.

Mr Merle said: “We felt the full impact of the car.

“My friend woke up screaming from his sleep and we felt the vibrations as the wall and the windows exploded on the first floor.

“We were very fortunate to survive it as the car could have exploded and worse.

“The ambulance and the firefighters arrived to clear the scene of the accident this morning.”

An investigation is under way and will look into whether the crash happened during a chase.

Sussex Police said: “About 12.30am on Tuesday (17 December), a police car collided with a second car and then a wall in Sackville Road at junction with Portland Road and Clarendon Villas in Hove.

“The driver of both vehicles and the passenger in the police car all suffered minor injuries and were taken to the Royal Sussex County Hospital, Brighton, for a precautionary medical check and released after treatment. 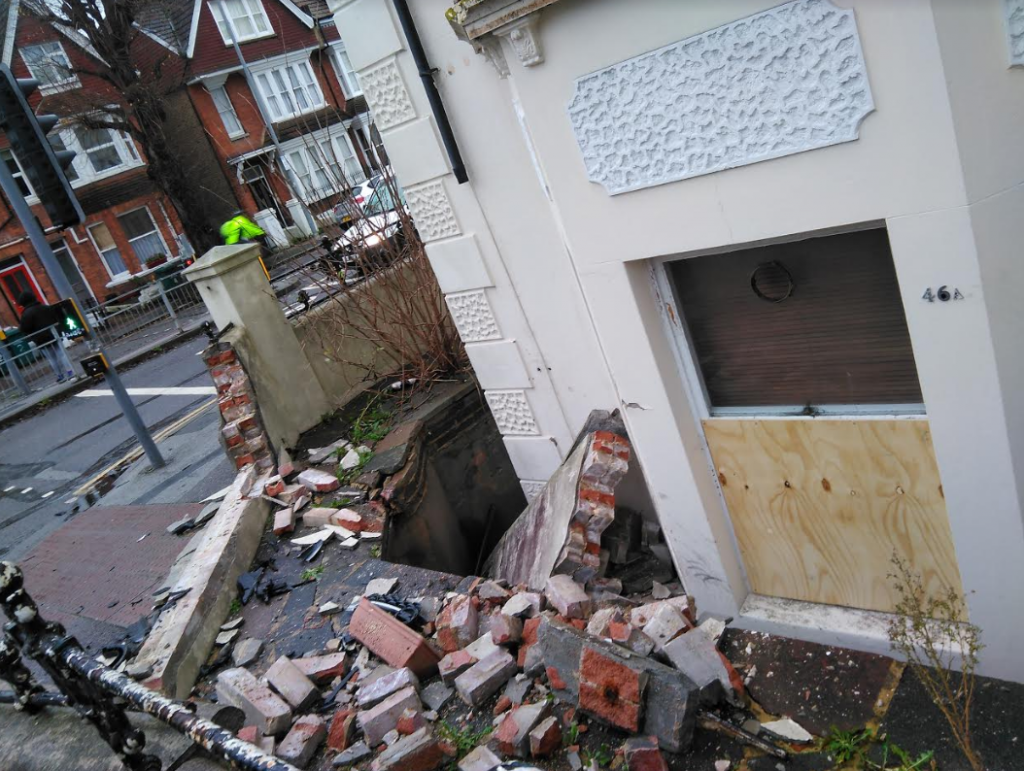 “There were no other injuries. 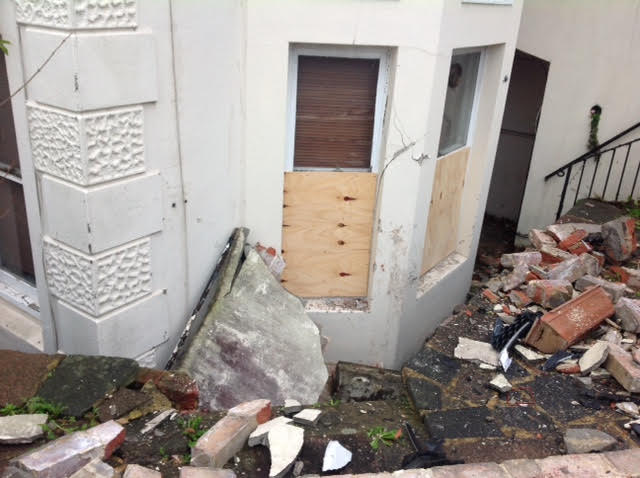 “There is an ongoing investigation to establish the causes of the incident. 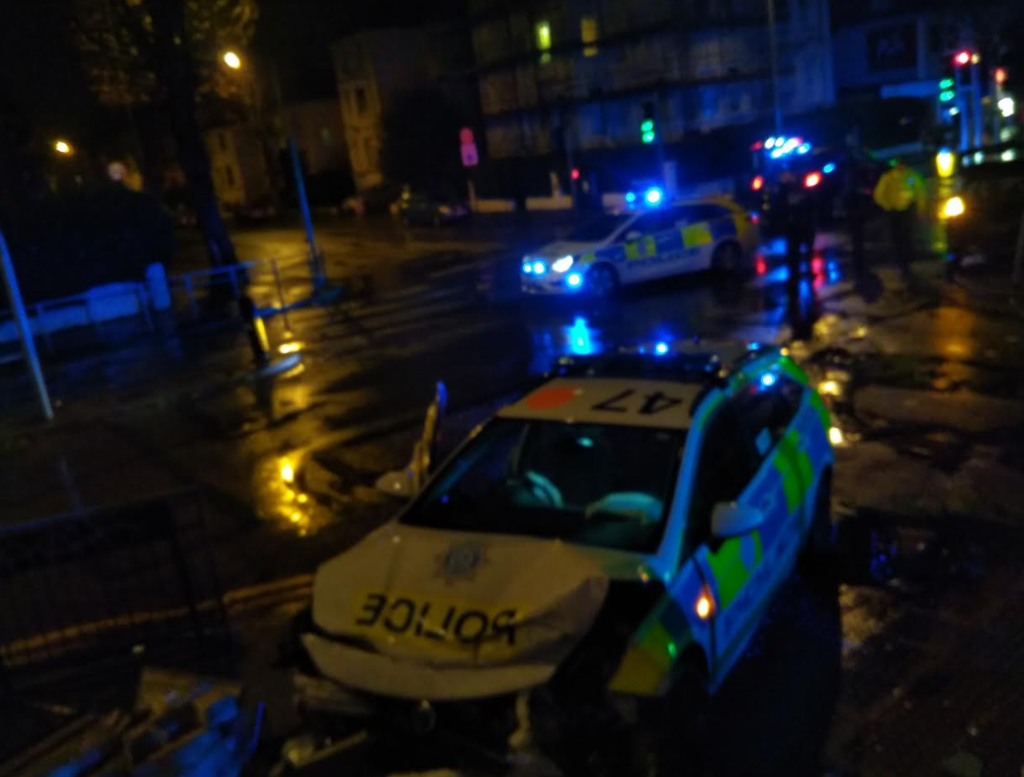 “An investigation is being carried out by Sussex Roads Policing Unit and, at this stage, it has not been referred to the IOPC (Independent Office for Police Conduct).” 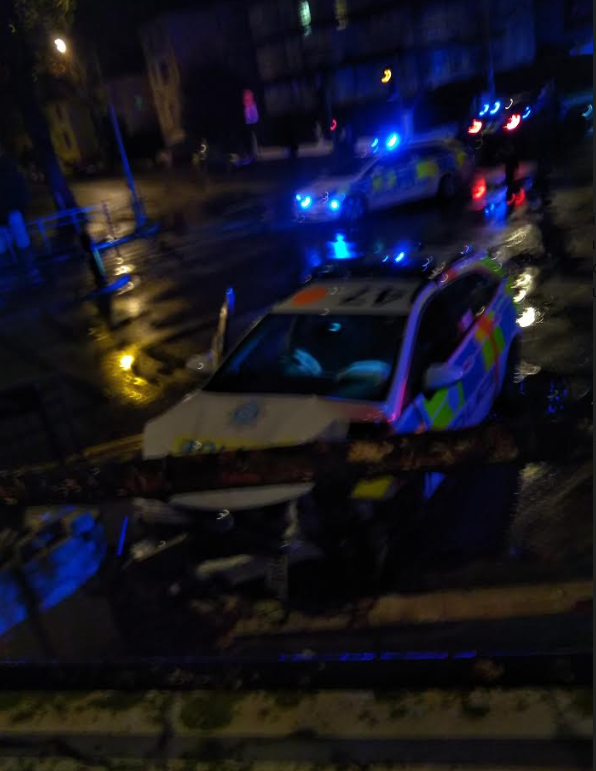 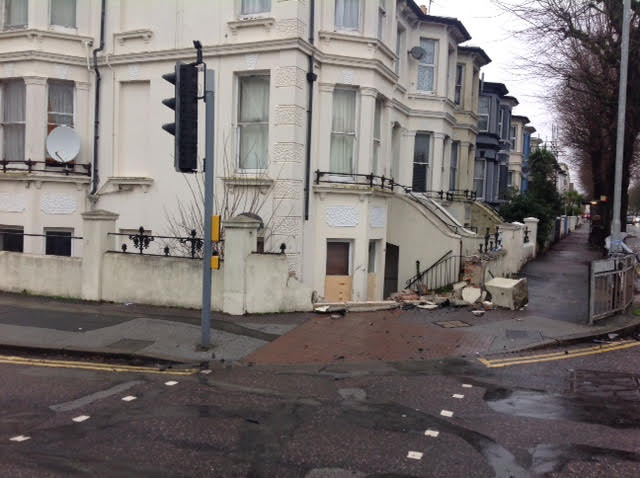