Greens have criticised the secrecy surrounding a report and debate on problems at Brighton and Hove City Council’s rubbish, recycling and street cleaning service.

The secret meeting at Brighton Town Hall lasted for the best part of three hours although three union officials – from the GMB and Unison – were present for part of the ill-tempered proceedings.

A former union general secretary – Gerry Doherty – also attended, having written a critical report arising from the strained relations at the Cityclean depot in Hollingdean.

Councillors discussed the report which addressed accusations of bullying and intimidation at the depot and anti-union behaviour by senior council officials.

The external report was commissioned as part of the settlement terms after a ballot by the GMB last summer threatened an all-out strike over the weekend of Brighton Pride.

The external report was an appendix to a formal council report – also secret – headed: “Cityclean and future industrial relations.”

Despite criticisms of some of the council’s chief officers, they were cleared of anti-union bias and they will not face disciplinary proceedings.

The secret meeting was told that Unison had brought a collective complaint alleging “political interference in the council’s processes and procedures and political favouritism towards one of the recognised trade unions (GMB)”.

At the council’s Policy and Resources Committee meeting when the secret report was discussed, three of the four Labour councillors present declared an interest as members of the GMB.

The secret meeting was told that Unison members at Cityclean were “reported to have been feeling under threat or unsafe, suffering from stress, anxiety and upset because of action that had been taken by GMB representatives”.

Council management accepted that informal local agreements had meant that, among other things, the two unions were not treated equally.

The secret report gave examples of political interference, in particular, the decision to allow GMB rep Dave Russell to return to work at the Cityclean depot in the summer “to avoid strike action”.

Citing a personnel appeals panel, the report said: “Officers were given a clear political steer to take action to avoid a strike.”

This was said to have undermined the legal position that employees work for the council not the elected council leadership. 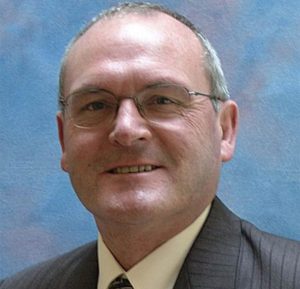 The Policy and Resources Committee agreed that the council should employ an official whose job it would be to improve industrial relations.

And the council and unions could once again seek help from ACAS – the Advisory, Conciliation and Arbitration Service.

The Greens said that the situation was so bad that the council should ask the TUC (Trades Union Congress) and the Local Government Association to step in.

They raised concerns that the discussion at Brighton Town Hall excluded the press and public yet was chaired by Labour councillors who are also members of the GMB union at the centre of the dispute.

At the meeting of Policy and Resources Committee, Greens also called for information from the report on underlying issues affecting the Cityclean service to be made public.

The party said: “Councillors have repeatedly been made aware of ongoing industrial relations issues affecting Cityclean.

“A set of decisions on the way forward were taken in a private session of a recent Policy and Resources (P&R) Committee.

“The substantial scope of those decisions means Green councillors are now asking why some of that information is not in the public domain, especially as the only hint that the discussion was happening at all was the title of the decision in the public report.

“This is seriously at odds with the council’s commitment to make transparent decisions – and it is our view that this lack of transparency will only erode resident confidence in the council’s ability to manage waste and rubbish collections.

“Without any attempt to engage the public with the issues, we fear the problem will, once again, not be resolved speedily.

“To help the council resolve industrial relations, it has been the longstanding position of the Green group of councillors that we need the help of the Trades Union Congress and the Local Government Association.

“Both organisations are adept at negotiating complex discussions and have the experience to win long-lasting success.

“We are frustrated that this has been ignored, especially since it is clear that, despite much noise and several urgency meetings, poor industrial relations still remain.

“So that our residents can have trust in what are key council services, we need to urgently call in these outside bodies to help resolve this ongoing dispute.”