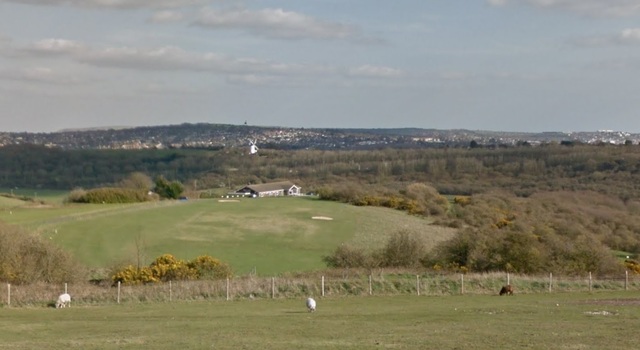 A council-owned golf course is set to be restored to chalk grasslands.

The lease for Waterhall and Hollingbury Park Golf Courses were put up for tender after membership numbers at both courses fell ahead of operator Mytime Active’s lease ending in March this year.

Among the possible options suggested by the council were glamping, other leisure uses or re-wilding – and bids for all these plus housing and keeping it as a golf course were received.

Now, councillors are being asked to approve leasing Waterhall to an unnamed community interest company so it can be re-wilded.

Meanwhile, more information is being sought from a bidder for the lease for Hollingbury Park Golf Course, who is seeking to continue its use as a golf course alongside the development of the clubhouse for other leisure activities.

In a report going before next week’s tourism committee, the council’s head of sport and leisure Ian Shurrock said the chalk grasslands and scrub would be restored by ceasing fertiliser applications, introducing green hay from neighbouring sites, managing the scrub and temporary grazing with livestock such as sheep or cattle.

It said: “The proposal is that the site will act as a wildlife corridor connecting the adjoining
wildlife sites on council land overseen by the Friends of Waterhall, bringing a net
gain to all of these sites.

“An access plan would be agreed with the council to ensure that public access is maintained while ensuring that there is not a negative impact on wildlife and the conservation of the area.

“In particular it will be important to ensure that all dogs walked in the area are kept under control and potentially on leads. The site is currently used extensively by commercial dog walkers with numerous dogs at any one time and this would need to be carefully managed to ensure suitable and compatible use.”

After about four years, the current green keeping building would be replaced with an education centre to host school trips, volunteering days and family events, which would help fund the scheme.

The rest would be funded by the leaseholder, supported by Countryside Stewardship grants.

The closure of the Waterhall golf club would lead to the loss of three jobs.

If the golfing bid for the Hollingbury Park Course proceeded and was successful, it’s anticipated the eight members of staff there would transfer to the new operator- but this would need to be done by April 1 this year.

If this is not done, those staff would be made redundant and the site mothballed at a cost of £98,000 per year.

The report adds: “At present the council receives a payment from the management contractor to operate both courses.

“To continue to solely operate Hollingbury Park Golf Course, Mytime Active would require a significant payment from the council and therefore this option has not been recommended.”

The report says that since the sites were put out to tender, membership at Hollingbury Park had increased by 20% from 271 to 325, but fallen from 94 members to 88 at Waterhall.

Both sites attracted 75 enquiries, but only 15 actual bids were placed.

There were six for Hollingbury Park (three of which were for golf, one a bike park, one part burial ground, part nine-hold golf course and one for camping), and six for Waterhall (two rewilding, one bike park, one farming, one outdoor activity centre and one for a water sports park).

There were also three bids for both sites, one for golf and two for rewilding.

As well as Mr Shurrock’s report, the committee is also due to receive three petitions, one to keep Hollingbury Park Golf Course, one to keep Waterhall Golf Club and one to turn both into a “haven for wildlife and wellbeing.”

The first petition, which was signed by 2,401 people is being presented by Matt Shimmans and says: “As one the last 2 municipal golf courses it is important Hollingbury continues to exist as a golf club, providing affordable and accessible golf to local residents.

“The course is already a thriving club with opportunity for further improvement and is also resident to a local junior golf business helping bring a new generation of local residents in to the game.”

The second, signed by 264 people, is being presented by Denis Jenkins. It says: “Waterhall Golf Course is a public course, because of its unique natural drainage it can still be played when most other courses in Sussex cannot.”

The third, signed by 2315 people, is being presented by Claudia Fisher of Extinction Rebellion, calls for the council to “assess the environmental resources of both sites before committing to any long-term business arrangements”.