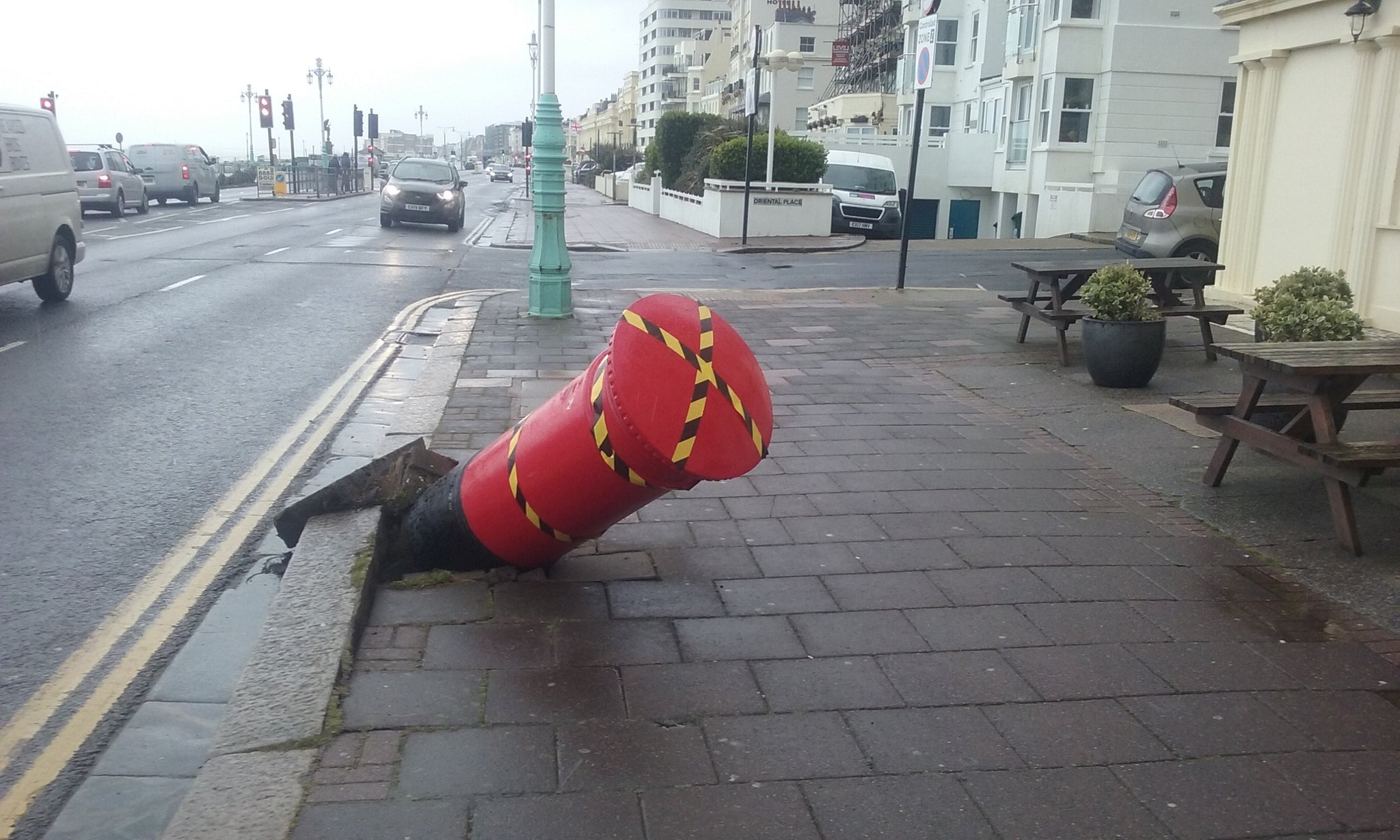 The pillar box on Brighton seafront. Picture by @WEIRDCHRISTMAS on Twitter

A pillar box on Brighton seafront was left looking a bit wonky after a mystery crash yesterday morning.

Sussex Police have no record of what happened to the post box, on the corner of Oriental Place and Kings Road, but a resident reported hearing a loud crash at about 7.40am.

There’s also no police record of two more crashes further along the seafront on Marine Parade.

One car ended up smashed into a rock on Drake Hotel’s driveway, and another into barriers by a pedestrian crossing refuse near the Royal Crescent Mansions.