A car dealership joined forces with a former Brighton police chief turned author to raise money for the families of victims of murder and manslaughter. 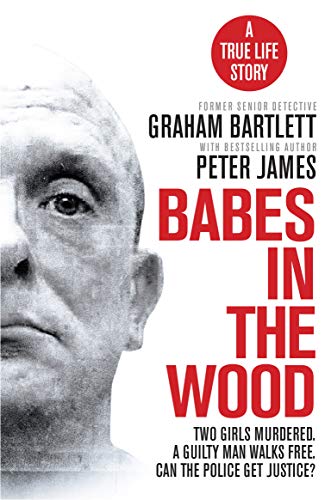 Graham Bartlett, the former divisional commander of Brighton and Hove, gave a talk about his new book Babes in the Wood.

The retired chief superintendent read excerpts from the book which charts the story of double murderer Russell Bishop who was finally brought to justice after 32 years.

Bishop was jailed at the Old Bailey in London in December 2018 for the killing of Nicola Fellows and Karen Hadaway in 1986.

Mr Bartlett also answered questions from the audience at the Porsche Centre Mid-Sussex at an event organised by marketing manager Hannah Porter.

The event raised £516 for Support After Murder and Manslaughter – the chosen charity of Barry Fellows, the father of nine-year-old Nicola.

The event at the Porsche dealership, in Burgess Hill, also raised £240 for the Royal Marsden Cancer Charity.

Mr Bartlett said: “It was a privilege to see so many people come along to support two such worthy charities.

“Many were hearing for the first time the full inside policing story of how Bishop was finally convicted.

“I’m immensely grateful to Porsche Mid-Sussex for hosting the event and raising so much money for those affected by murder, manslaughter and cancer.”

Babes in the Wood by Graham Bartlett with Peter James is published by Pan. It is available at City Books, in Western Road, Hove, as well as branches of Waterstone’s, WH Smith and Asda – as well as online.