A wanted man from Brighton is being hunted by police so that they can return him to prison. 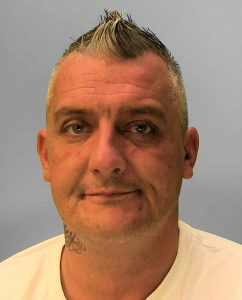 Sussex Police said that Stephen Lowe, also known as Stephen Gumbrill, had threatened to kill someone.

Lowe has a number of tattoos on his arms and at least one on his neck.

“Lowe, 43, is wanted on recall to prison and in relation to an assault, threats to kill, criminal damage, and controlling and coercive behaviour.

“Lowe is white, approximately 6ft, of medium build and with short brown hair.

“He is known to have links to Brighton and Hove as well as Peacehaven.

“Anyone who sees him or has any information as to his whereabouts is asked to contact police online or by calling 101 quoting serial 674 of 21/06.