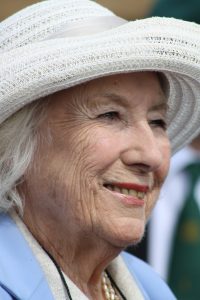 A private funeral is due to take place at Woodvale crematorium, in Brighton, with a memorial service to be held at a later date.

But fans are expected to gather along the route, including in Dame Vera’s home village of Ditchling, to pay tribute to the singer who died last month aged 103.

She moved there in the 1960s and lived next door to her daughter Ginny Lewis-Jones.

The funeral cortege is expected to leave her home at 11.40am and to stop at the crossroads by the Bull pub and the post office.

The pause is intended to acknowledge Dame Vera’s love for the village and to give people a moment to pay their respects.

At about noon, during the pause, two Spitfires from the Battle of Britain Memorial Flight are due to take part in a flypast over Ditchling to salute Dame Vera.

The four roads – High Street, Lewes Road, South Street and West Street – are to close to traffic, Sussex Police said. The B2112 will also be closed at Common Lane and North End.

Police said that the road closures would last from 9am to 12.30pm and would also include Beacon Road, Upper Beacon Road and Ditchling Road.

Representatives of the armed forces – Royal Navy, Army and Royal Air Force – are expected to line the route to the chapel at Woodvale where a party of military bearers will receive the coffin.

A Royal Marines bugler and a senior officer representing the Ministry of Defence are understood to be the only people joining the small family group inside the chapel for the service.

Dame Vera became a well-known singer in the late 1930s but her work during the Second World War earned her an enduring reputation as the Forces’ sweetheart and a national treasure.

Her best-known songs – We’ll Meet Again, The White Cliffs of Dover and There’ll Always Be An England – brought comfort and hope to troops serving far from home 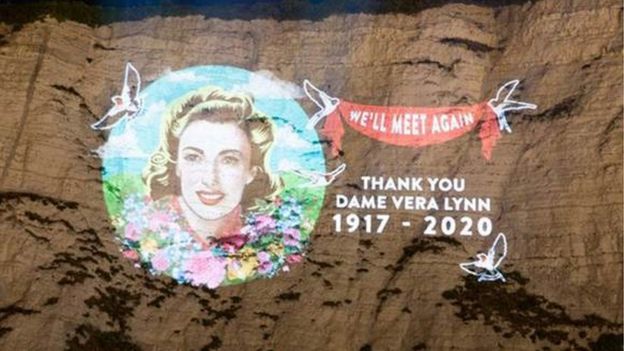 Ahead of the funeral, a portrait of Dame Vera was projected on to the White Cliffs of Dover, along with a video, including the words to We’ll Meet Again.

The song played out across the Channel and the image on the 350ft-high cliffs was reported to be visible from ships, aircraft and a main road as well as some gardens.

Council staff hand out a million items of PPE