Black Lives Matter protests appear to have spurred councillors and officials to step up their efforts to tackle racism and “increase equality, inclusion and fairness” in Brighton and Hove.

More than 10,000 people are estimated to have taken part in the recent protests in Brighton after the death of George Floyd in the American city of Minneapolis.

The council said that it had set up a Black, Asian and Minority Ethnic (BAME) Community Fund a fortnight ago.

It plans to work with minority communities and groups to agree an approach to statues, plaques and street names, with a view to removing some, retaining others and possibly putting up “educational information boards” in places.

And it also hopes to start a “civic leadership programme” to increase the number of BAME people as councillors, NHS board members, trustees of voluntary sector organisations, governors of schools and magistrates.

Brighton and Hove City Council also said that it had started “to work collectively with other public bodies especially the police on challenging each other to improve diversity and eradicate racism in our organisations”.

In a report, the council said: “In June and July 2020 over 10,000 people safely took part in Black Lives Matter protests in the city.

“It was a powerful demonstration and affirmation of the city’s values of inclusivity and desire for Brighton and Hove to become an anti-racist city and for public institutions to amplify their commitment and actions.

“As a ‘City of Sanctuary’, as a participant in the global refugee resettlement programme, as an asylum-seeker dispersal area, with at least one in five of the city’s residents from a black, Asian and minority ethnic background and over 98 languages spoken as first languages across the city’s schools, the city is proud to be welcoming and diverse.

“However, it is not enough to be welcoming, to be diverse and to be non-racist. The council is seeking to become anti-racist.

“The council recognises that more is required to end racism and racial inequality, that not all residents have equal access to services and opportunities or can live free from harm and discrimination.

“Individual, institutional and structural racism exists in Brighton and Hove.

“As a civic leader, service provider and place shaper, the council can use its power and influence to tackle racism.” 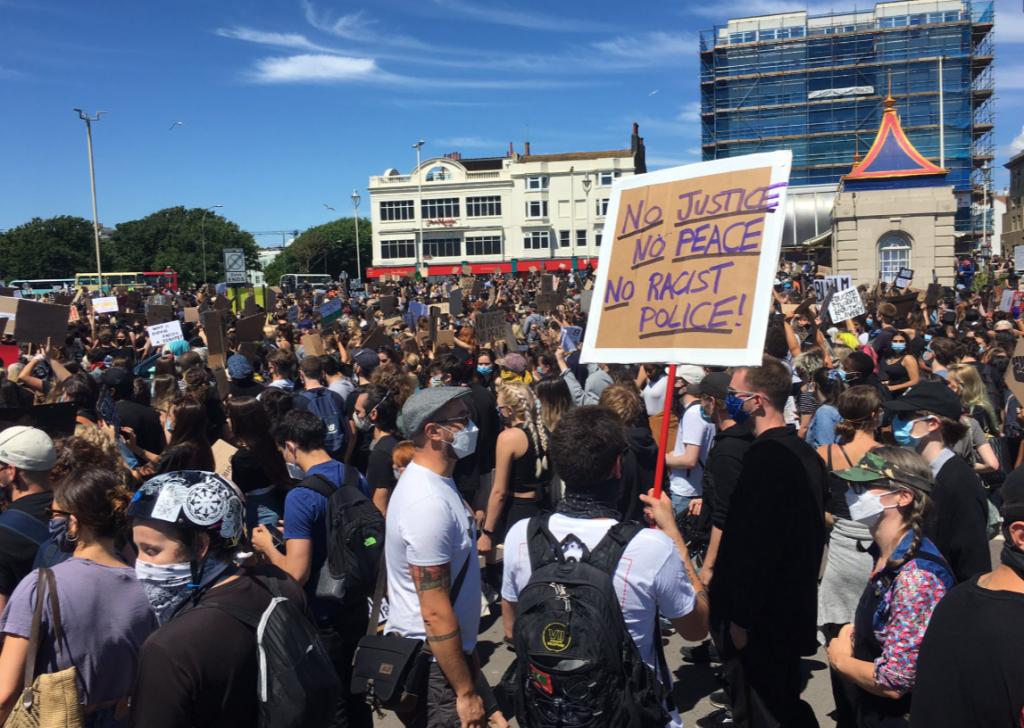 Protesters gather for a Black Lives Matter march in Brighton

The report – to the council’s Tourism, Equalities, Communities and Culture Committee – is entitled Becoming an Anti-Racist Council.

It said that officials would draft an anti-racist strategy by next spring to tackle “the structural inequality … in education, in employment (and) in health outcomes.”

It said that “the latter (was) starkly evidenced by the disproportionate impact of covid-19 on some black, Asian and minority ethnic communities”.

And the report added that the new anti-racist strategy would build on work already under way to improve life chances for people from minority communities.

There is no mention of anti-semitism in the report. This is despite the allegations about anti-semitic social media posts by councillors that led to one being suspended by Labour and two resigning from the council.

As a result, the Greens were left with more seats than Labour and took over running the council last Thursday (23 July).

The report is due to be discussed at a “virtual” meeting of the council’s Tourism, Equalities, Communities and Culture Committee from 4pm on Wednesday (29 July). The meeting is scheduled to be webcast.