A Brighton man as given a suspended prison sentence after a violent attack on a journalist in a London pub. 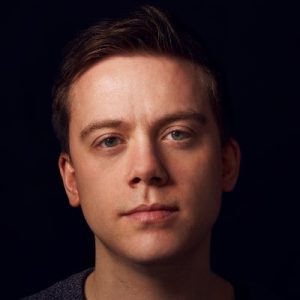 Charlie Ambrose, 30, of Borough Street, Brighton, was one of three people charged after the Guardian journalist Owen Jones was attacked outside the Lexington, in Pentonville Road.

One of the men, James Healy, 40, of Laburnum Grove, Portsmouth, was jailed for two years and eight months for affray and assault causing actual bodily harm (ABH).

The third man, Liam Tracey, 35, of Boswell Street, Camden, London, was given a suspended sentence.

Ambrose and Tracey were both given an eight-month prison sentence, suspended for two years, after pleading guilty to affray.

Healey admitted assault and affray and said that it happened because Mr Jones, 35, bumped into him and spilt his drink.

The journalist, who had been celebrating his birthday last August, denied spilling Healey’s drink.

Healey, a Chelsea fan with previous convictions for football-related violence, attacked Mr Jones outside the pub, leaving him with cuts, bruises and swelling.

After Healey was arrested, police searched his home and found a photograph of him giving a Nazi salute and other items linked to far-right ideology.

At Snaresbrook Crown Court, in London, the judge, Recorder Anne Studd, said that Healey attacked Mr Jones because of his well-publicised sexuality and political views.