Rio Ferdinand banned for speeding on A27 Brighton bypass

Former footballer Rio Ferdinand has been banned from driving after being caught speeding on the A27 Brighton bypass. 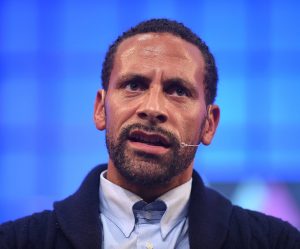 Ferdinand, 41, admitted driving his Mercedes at more than 80mph along the Hangleton stretch of the bypass, in Hove.

The former Manchester United and England defender was given a six-month driving ban at Crawley Magistrates’ Court today (Tuesday 18 August).

Ferdinand, of Orpington, in the London borough of Bromley, already had nine penalty points on his licence.

The bench gave him three more points, taking his total to 12 points within three years, which led to a six-month ban under the “totting up” law.

He was also ordered to pay £822 in total in fines and costs.

A “manned” speed trap caught the BT Sport television pundit on camera as he drove at 85mph along the dual carriageway on Monday 22 July last year.

Ferdinand was previously given a six-month ban after being caught speeding three times in five weeks on the same road in Manchester in 2012.

Five years ago Ferdinand lost his wife Rebecca Ellison, the mother of his three children, to cancer.

He co-wrote a memoir about her illness and his bereavement and appeared in a BBC documentary called Rio Ferdinand: Being Mum and Dad.

Since then he has married again – and he and his second wife, Kate Wright, recently said that they were expecting their first child together.

The pair featured in a BBC TV documentary earlier this year called Rio And Kate: Becoming A Step Family.