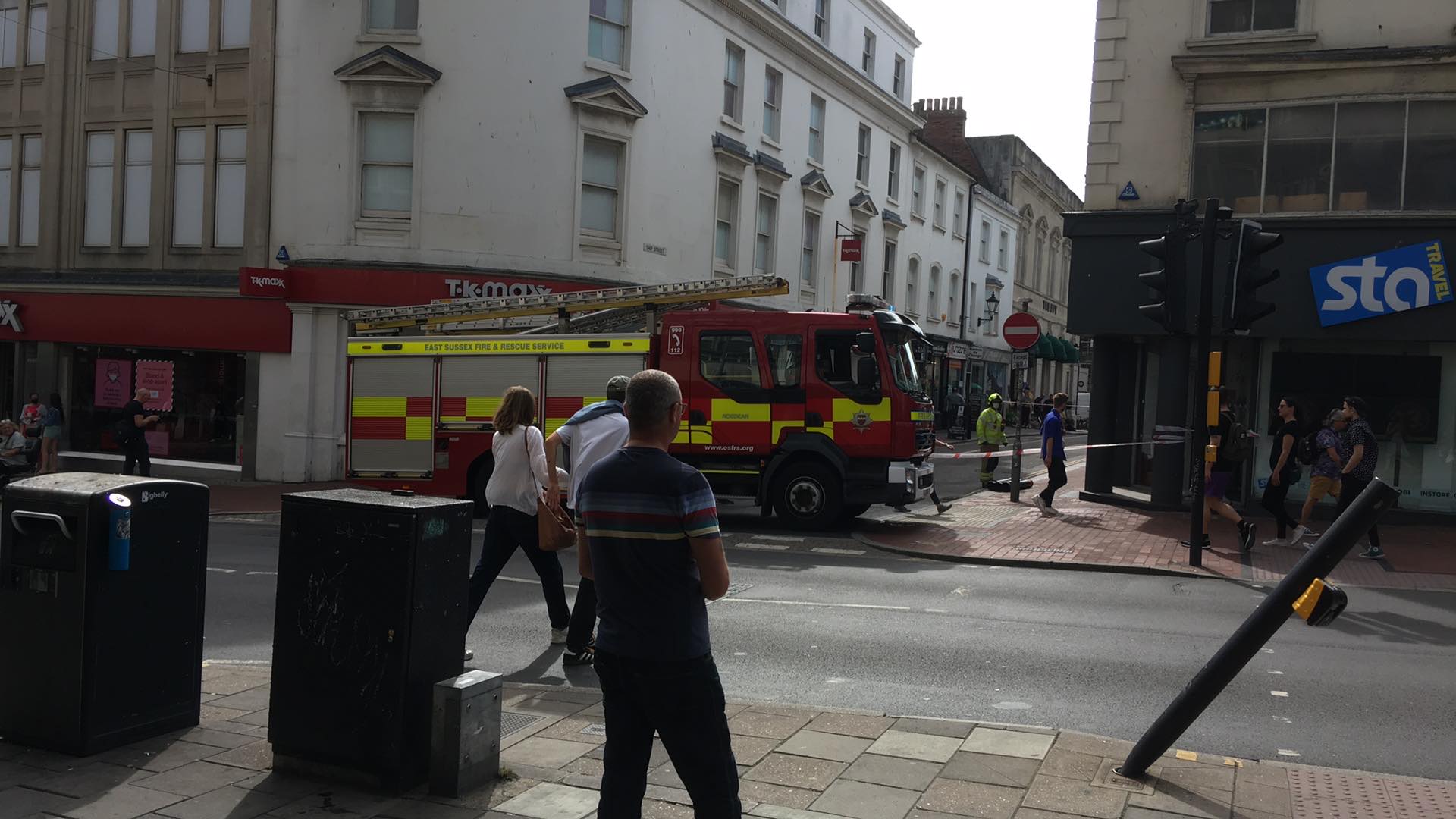 A broken window closed part of Brighton city centre this afternoon as firefighters made the building safe.

Crews were called at 12.25pm to the building in Ship Street, off North Street.

A spokeswoman for East Sussex Fire and Rescue Service said: “We were called at 12:25pm to attend a dangerous structure on Ship Street, Brighton.

“Firefighters from Roedean and an Aerial Ladder Platform from Preston Circus are currently in attendance.

“The dangerous structure is reported to be a broken window and crews are at scene to ensure that the structure safe.”