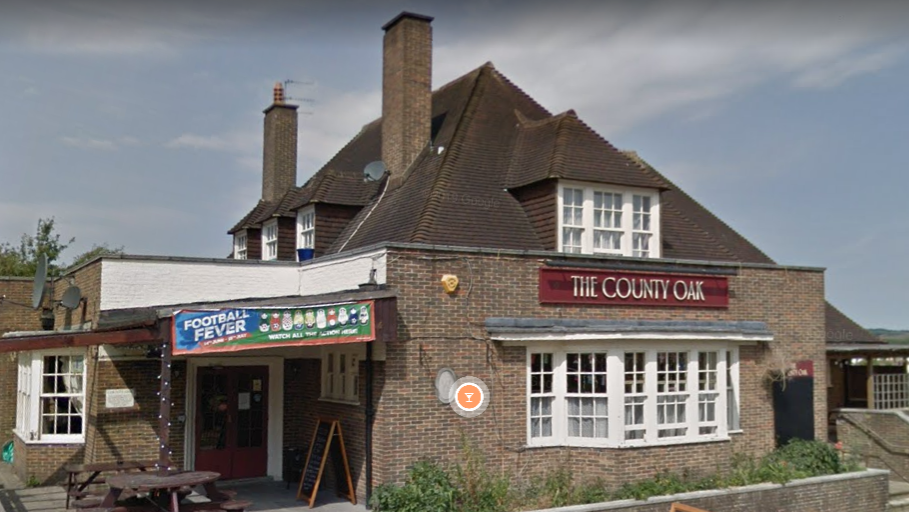 A woman stalked her ex’s new partner by turning up at her work and barraging her with threatening messages, a court heard today.

Hayley Storrie, 32, was furious when she discovered her partner was having an affair with the barmaid at their local pub, the New Oak in County Oak Avenue, Brighton.

She loitered outside her home, sent her abusive messages on WhatsApp and turned up outside the office where the other woman worked during the day, staying there until a colleague came out to say she wasn’t there.

But the stalking came to a head when Storrie , of Rushlake Road, turned up at the pub on 20 January this year.

“She continued shouting and as the door to the back bar was locked, she was demanding to be let in.

“The woman retreated to the kitchen and Storrie was ejected and the police were called.”

Defending, Paula Bristow said Storrie had pleaded guilty at the first opportunity, but that stalking cases are “never as simple as they seem.”

She said: “Reading between the lines, the situation has been slightly fuelled by the man having two women arguing about him.

“The other woman was a lady in the local pub that Miss Storrie knew and she sat and drank with. She wasn’t a friend, but an acquaintance.

“During the time they were acquaintances, the woman was having an affair with her partner.

“She was the last to find out and we have seen the reaction once she did find out.

“There was anger and a sense of betrayal.”

The other woman’s victim impact statement was read out in court. In it, she said: “The question for me is not if but when she will seize the opportunity to cause me serious harm.

“I have lost confidence, self esteem and the ability to trust others.

“I have had to alter my daily routines and activities and physically leave my home when she threatens to turn up.”

Miss Storrie commented from the dock: “It’s vile the amount of stuff that comes out of her mouth.”

Sentencing, the chair of the bench said that although the offence was serious enough to warrant a prison sentence, the bench was taking into account the lack of recent relevant convictions and the short period over which the stalking happened.

Instead, Storrie was given a community order with 25 rehab days, ordered to pay £85 costs and £200 compensation to the victim.