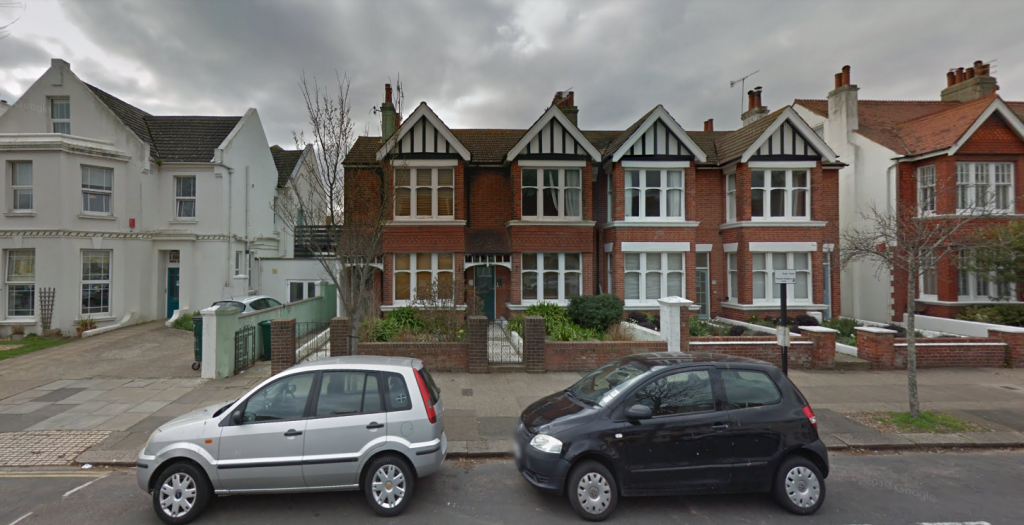 The owner of an old nursing home in Hove has asked the council to drop a “planning condition” that could prevent the property’s next occupants from being able to have parking permits.

The owner, a Brighton company called 72-74 Walsingham Road, has submitted a formal application to Brighton and Hove City Council to make the change, known as a variation.

Planning permission was granted in July to turn the disused nursing home, in Walsingham Road, Hove, into a single house.

But in common with many planning applications, permission was granted on condition that “the residents of the development, other than those residents with disabilities who are blue badge holders, have no entitlement to a resident’s parking permit”.

The developer plans to convert the 10-bed nursing home – a pair of semi-detached houses until 1986 – into a six-bedroom family house.

Planning agent Simon Bareham, from the planning consultancy Lewis and Co, said that the council should allow the variation, not least because there was no waiting list for parking permits in the area.

Mr Bareham said: “There would be no net change in parking demand as a result of the variation … to allow future residents of the approved development to apply for up to two residential parking permits.

“This is because the minimum parking demand generated by the care home use would be two vehicles.”

He said that that National Planning Policy Framework required planning conditions to be kept to a minimum and imposed only where “they are necessary, relevant to planning and to the development to be permitted, enforceable, precise and reasonable in all other respects.”

Mr Bareham said that a nearby property owner had won an appeal after a similar request had been turned down.

He added that the planning condition was “neither necessary, relevant to planning, relevant to the development nor reasonable”.

Two years ago the owner was granted planning permission to turn the property into a three-bedroom maisonette and three two-bedroom flats.

But if the council lifts the parking restriction, the owner hopes to create a family home and to demolish an “unsympathetic” conservatory as part of its plans to revamp the property which is in the Sackville Gardens Conservation Area.