Car-free living should be standard – not luxury

A massive £2.4 million of government money has been awarded to Brighton and Hove to make walking and cycling easier and safer.

According to a recent YouGov poll, many Brits intend to use their car more after the pandemic than before, so it’s more important than ever that people have alternative ways to get around.

“We look like a nation of car addicts,” said Katy Rodda, of Brighton Active Travel, a newly formed group of residents who want safer roads for walking and cycling.

“But surveys show that people are desperate for options. Thousands of people who thought they’d never cycle again are finding freedom on e-bikes or have rediscovered the joy of walking.

“Despite the government giving money to councils to create safe space for cycling and walking, some have removed cycling and walking spaces, leaving everyone with the same old car dependency problem – gridlock, air pollution, noise and danger.

“We’re lucky in Brighton and Hove to have received so much government money, as studies show that investment in cycling and walking far outperforms investment in road-building and improves mental and physical health.”

Samantha Martin, 38, lives in Fishersgate with her mum and her sons Bayley and Romeo.

She said: “I’ve just started a cleaning job in Brighton but can’t afford a car and don’t want to risk the bus because my mum’s vulnerable so I’ve started cycling.

“I love it. It gives me exercise and freedom and the direct route only takes 20 minutes. I can get most of the way on cycle lanes but the roads around Portslade are so scary I have to go the long way round, adding at least 10 minutes to my journey.”

Samantha’s situation is not unique. Forty per cent of Brighton households don’t have a car and many more have just one car, leaving half the family stranded.

Fortunately for Samantha, some of the money that the city has been awarded will go into making Portslade safer for cycling.

“In most places there’s never been any real alternative to driving,” said Katy, “so naturally people see cycle lanes as space being taken away.

“Because of poor transport planning over the years, many people have ended up saddled with the huge costs of owning, insuring, parking, maintaining and fuelling their car and see car-free living as a luxury for those who can afford homes in the city centre. 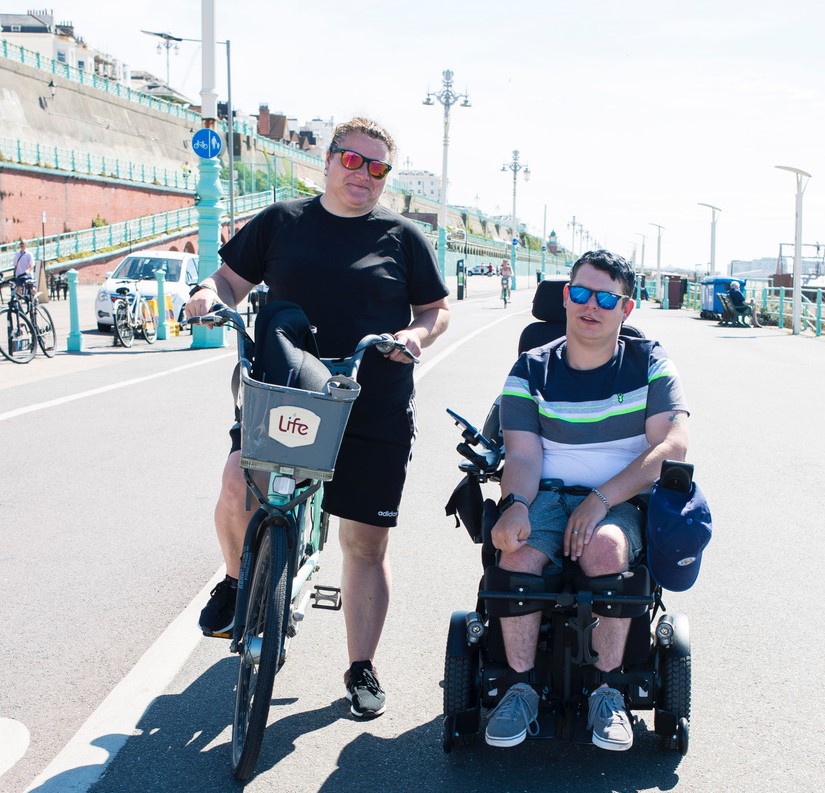 Lena and Bradley in Madeira Drive in Brighton

“By making sure that everyone has safe walking and cycling routes between schools, homes, shops and workplaces, we can give people more choice.

“Our city has 45,000 parking spaces, occupying an area equivalent to four Preston Parks.

“If we reduced the need for driving and parking, imagine what we could do with the space – children’s play areas, street trees, outdoor seating, public toilets.

“Is the status quo really the best we can do?

“Portslade has been failed by transport policy, with homes and shops torn down to make way for roads.

“Thousands live within walking distance of the shops in Boundary Road but because crossing the roads is so dangerous and stressful, people end up driving to out-of-town stores.

“We know from elsewhere in the UK that making walking and cycling easier boosts local economies and communities. 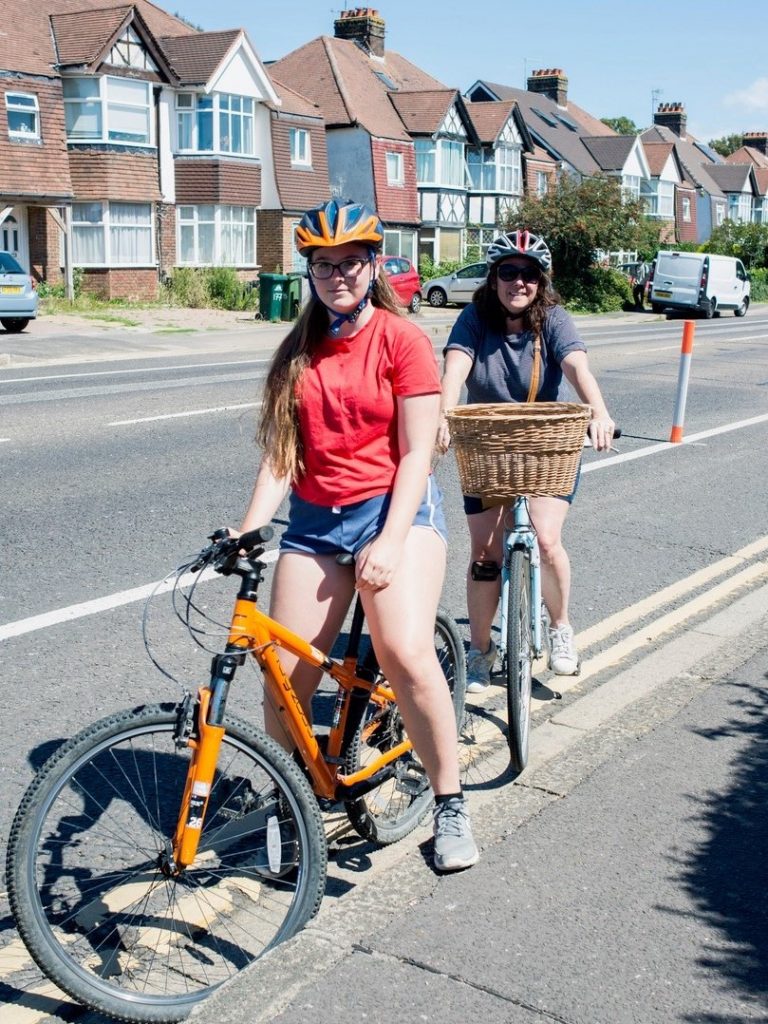 “Drivers, cyclists and walkers are not different people. During the spring lockdown, people of all ages cycled because they felt comfortable.

“This isn’t about pandering to a small group of hardcore cyclists. It’s making a whole city comfortable for people of all ages to walk or cycle to school, work, the shops.

“Where cycling and walking is made safer, there’s a drop in car use, leaving roads clearer for essential journeys. This is tried and tested in London, Bristol, Cambridge and elsewhere.

“As individuals, we’re all feeling powerless, sitting in our cars in traffic jams, on bikes in scary traffic or waiting for the pedestrian lights to change. If we move together, we can achieve real change.”

Max Glaskin is a member of Brighton Active Travel.