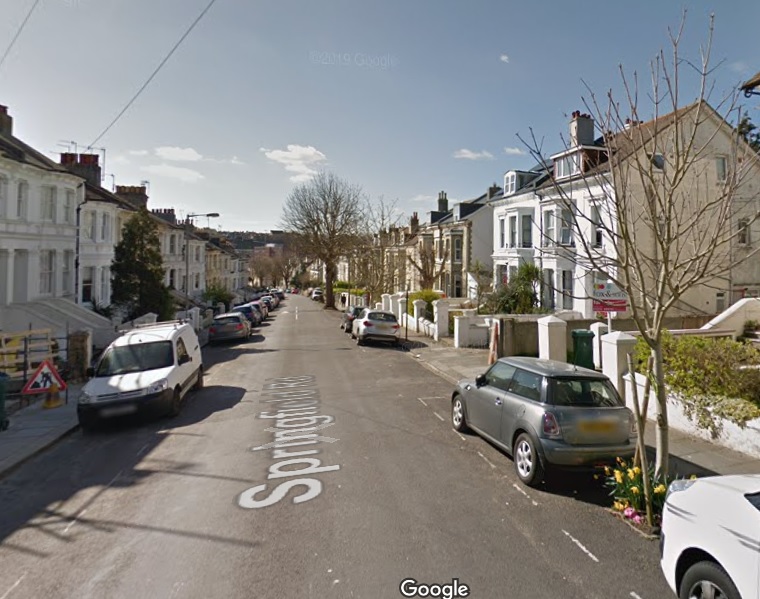 Two teenage boys were arrested for GBH after a 50-year-old man was injured during a street brawl in a quiet Brighton road.

The fight broke out at about 5.30pm on Wednesday last week in Springfield Road.

The victim, who is reportedly an “innocent resident”, was left with injuries to his face and shoulder and was taken to hospital for treatment.

A Sussex Police spokeswoman said: “Police were called to a report of a fight in Springfield Road, Brighton, at about 5.25pm on Wednesday (25 November).

“A 50-year-old man suffered facial and shoulder injuries during the incident and was taken to hospital for treatment.

“Two boys aged 16 and 15 were arrested on suspicion of causing grievous bodily harm and affray and have been released on bail until 23 December.”

The Southdown Rise Residents Association posted on Facebook: “Our neighbours in Springfield Road will already be aware that there was a street brawl there on Wednesday when an innocent resident was injured, reportedly several people were arrested.

“On Thursday there were reports of muggings and assaults locally, including somebody knocking on doors and attacking people so please check that you know who is at your door.

“We don’t want to frighten people unnecessarily but please be aware and stay safe.”