Creative industries in Brighton and Hove will need more government support to survive the aftermath of the coronavirus pandemic, according to academics from Sussex University.

Dr Josh Siepel, of the university’s Policy and Evidence Centre, has co-authored a study identifying creative clusters which includes the North Laine area, where many of the city’s creatives are based. 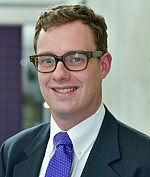 He said: “We need to make it clear how important it is for them to be supported at this time of immense crisis.

“There is a risk a lot of creative industries will be lost as a result of covid. I hope not but the sector needs support to help them be able to grow and recover and regain confidence.”

North Laine has been identified as one England’s 47 creative clusters, an area with at least 50 creative organisations.

Dr Siepel has presented the findings to the Department of Digital, Culture, Media and Sport and urged central government to provide more help to the creative clusters.

He said access to business advice and loans was key, especially for freelancers and arts organisations, and said the public sector has an important role to play in the post-Covid recovery.

“Our research points to real issues around access to finance, particularly for those that want to grow.

“In a post-covid situation there’s a lot of power the public sector can bring, through the role of procurement and being able to drive demand for services.”

Academics used algorithms to ‘data scrape’ the websites of 200,000 companies nationwide. They searched for key words which identified the sector and location of the company.

The report,  Creative Radar: Mapping the UK’s Creative Industries, found the benefit of the clusters was increased access to customers, knowledge, skills, lifestyle and amenities.

They have been identified as important engines of growth and add £100 billion to the UK economy.

Richard Freeman runs Always Possible, a business consultancy in the city, he has worked throughout the pandemic offering support to Brighton creatives hit hard by the crisis.

He said: “A lot of people had to take up other work very quickly, these people are still working in supermarkets. There is a sense the longer they are out, the harder it will be to get back in.”

Some creative industries, including design, architecture and IT software, had been easily transitioned to working from home and, in some cases, seen an upsurge in demand for their services.

But those working in craft, film and television, music and performing arts and museums and galleries had been hit harder.

Mr Freeman warned the industry would be less diverse in the Covid aftermath and questioned what future funding would be available.

“The government support has gone support to visible and high quality groups that draw in the numbers. There had been a lot work done to support disability arts and BAME businesses. There is the worry that some of them will be shut back out of the industry and that will be a massive shame.

“It will set back all the work around inclusive growth.

“The support has been net zero where the best outcome is – who will be able to retain the most people but where will investment come from?”

He said Brighton and Hove City Council had worked closely with the sector to offer support from the ‘ground up’ and the What Next? Brighton and Hove, which advocates for those working the arts, had helped bring creatives together throughout the crisis and lobby MPs for support.

He added there were concerns that for live venues, some audiences wouldn’t return.

Despite the struggles of the past year, Mr Freeman said there had also been positive outcomes and believes, in the future, the sector will become increasingly unionised.

He added:”Brighton will find away but it’s going to be a long haul.”