A drug gang boss from Hove has been jailed for 22 years after being sentenced alongside nine other defendants, the Metropolitan Police said this afternoon (Monday 14 December). 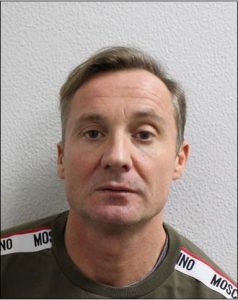 Matthew Harrod, 47, of Kingsway, Hove, was jailed at Woolwich Crown Court in London, for conspiring to supply cocaine, amphetamine and cannabis.

He was found guilty last month and admitted breaching a serious crime prevention order. The order was imposed when he was jailed for 10 years in February 2014 after pleading guilty to being involved in drug dealing.

Detective Superintendent Neil Ballard, from the Met’s Specialist Crime Command, said that Harrod used EncroChat encrypted phones and thought that he was untouchable.

EncroChat ran an end-to-end encrypted mobile phone service catering for tens of thousands of criminals. The police infiltrated the organisation earlier this year and the service closed in the summer.

By early July, it was reported that more than 800 people across Europe had been arrested as a result of the police infiltration.

The Met said that Harrod and the other nine defendants in his “organised criminal network” were given sentences totalling 138 years in prison last Thursday (10 December).

Detective Superintendent Ballard said that the sentencing brought a two-year policing operation – known as Op Edge – to a close.

Harrod’s gang were caught with “31kg of cocaine, 308kg of amphetamine, 590kg of cannabis resin, 3kg of skunk or herbal cannabis, 30 cannabis plants and nearly £900,000 in cash”, the Met said, adding: “We believe that these figures represent a fraction of their trade.

“A snapshot of (one defendant’s) encrypted device demonstrated insight into a typical day of the conspiracy in action, namely 30 deliveries and possession of £750,000 in cash.

“We are confident that taking into account the span of the entire conspiracy network known to us, the similarity of crates and industrial scales found at different addresses, the repeated meetings between co-conspirators and quantity of mixing or cutting agents, the quantity of controlled drugs involved was valued in the millions of pounds.

“In his role as head of this organised criminal network, Harrod tasked his associates to carry out his illicit activities and thought he was untouchable by police, concealing his criminal behaviour on an EncroChat device.

“Little did he know that we were putting significant resources into curtailing his activities and bringing him to justice. 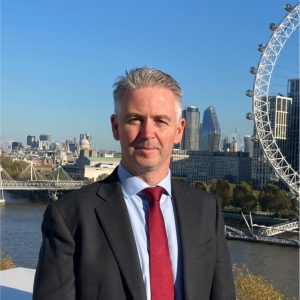 “This drawn-out judicial process could have been so much quicker and saved thousands of pounds of taxpayers’ money if Harrod hadn’t dragged his heels and been the only person to not plead guilty, even though the evidence against him was so overwhelming. His disregard for others was apparent throughout the trial.”

Key members of the gang were arrested in January, with Harrod’s operation understood to have been running since July 2018.

Detective Superintendent Ballard said: “The complexity of this case doesn’t stop there.

“Eleven other co-conspirators, who were involved in the storing and distributing of these drugs, have already been through the courts and are now spending their rightfully earned time in prison.”

One more defendant is due to be sentenced next month, the Met added.

After Harrod was jailed six years ago, a court ordered him to hand over his former home as part of a £490,000 confiscation order.

On that occasion Harrod admitted drug dealing and his wife Fiona Kelly pleaded guilty to money laundering and making £60,000 from benefit fraud.

The couple lost their home in Hayes Lane, Bromley, a car, £107,000 in their bank accounts and £3,500 cash which was seized from a flat where Harrod was arrested.