A man has been jailed for life for murder after he drove a car straight into three friends on Brighton seafront, killing one of them. 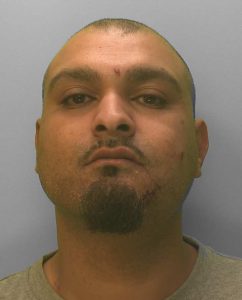 His brother was jailed for three years for assisting an offender after he helped his brother to escape the scene of the crime.

Iftekhar Khondaker, 34, did not turn up to court as he was sentenced to a minimum term of 26 years before he can be considered for parole.

His brother Irfan Khondaker, 27, also failed to appear, and like his brother stayed in his cell at Lewes Prison.

Iftekhar Khondaker had been released from prison on licence four months before, having been jailed for nine years for using a car as a weapon to drive into someone and injuring him, in 2014.

In the early hours of Sunday 1 December 2019, Khondaker drove a BMW at 20-year-old Suel Delgado and two of his friends on the A259 Marine Parade.

They dumped their car and took a taxi back to the family home in Caithness Road, Mitcham, south London.

Suel Delgado’s mother Graciete Sanches told the court: “I still can’t believe that I buried my son. It’s too much pain. I’ve lost any hope. I miss him so much.”

Afterwards she said that she was pleased with the sentence although no sentence could bring back her son.

A short while before the murder the Khondaker brothers had become involved in a fight with a group that included his three victims.

The brothers were convicted by a jury at Hove Crown Court last month and sentenced in their absence there today (Thursday 4 February) by Judge Christine Laing, the honorary recorder of Brighton and Hove.

The judge said: “Iftekhar Khondaker is a man who, in my view, is utterly unable to control a severely violent temper.

“It beggars belief that he had been released from prison just four months before. It is deeply concerning to this court that he appears to have learnt absolutely nothing from his time in prison.

“There is a deep flaw in his psychological make up. He still fails to accept full responsibility for what he did.” 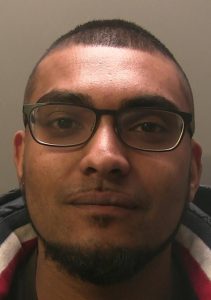 The judge praised the police investigation and commended Detective Constable Rob Garrett for his diligent and detailed work.

Detective Chief Inspector Chris Friday, who led the investigation, said that the life sentence with a minimum term of 26 years reflected the severity of the Iftekhar Khondaker’s actions.

He said: “Nothing will bring Suel back but justice has been done.”

He said that Iftekhar Khondaker had shown himself to be a very violent person with a violent nature and the impact of his actions had been far-reaching.

He also said: “Our thoughts at this time are with the family and friends of all those affected by this.

“Although Suel paid the ultimate price, this terrible act will have a lasting effect on his friends and their families who survived or witnessed this attack. 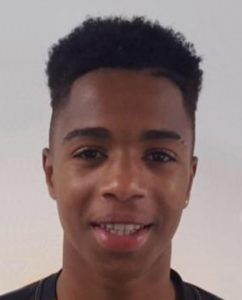 “I hope that we have provided some answers as to how Suel met his death and crucially who was responsible. Ultimately, we sought to identify who committed what is the most serious crime of all.

“From the moment that this incident was reported, this has been a fast-moving and dynamic investigation, where my team worked tirelessly, collating all evidence from the scene and securing evidence to charge them both.

“This took many days, during which I am aware Marine Parade was closed to traffic. I realise this was inconvenient for many and I am grateful to the public in their understanding and co-operation.

“I would like to recognise the courage of the witnesses who came forward to support us in achieving this result and to also thank the jury for their time, commitment and due diligence in bringing about this verdict.”