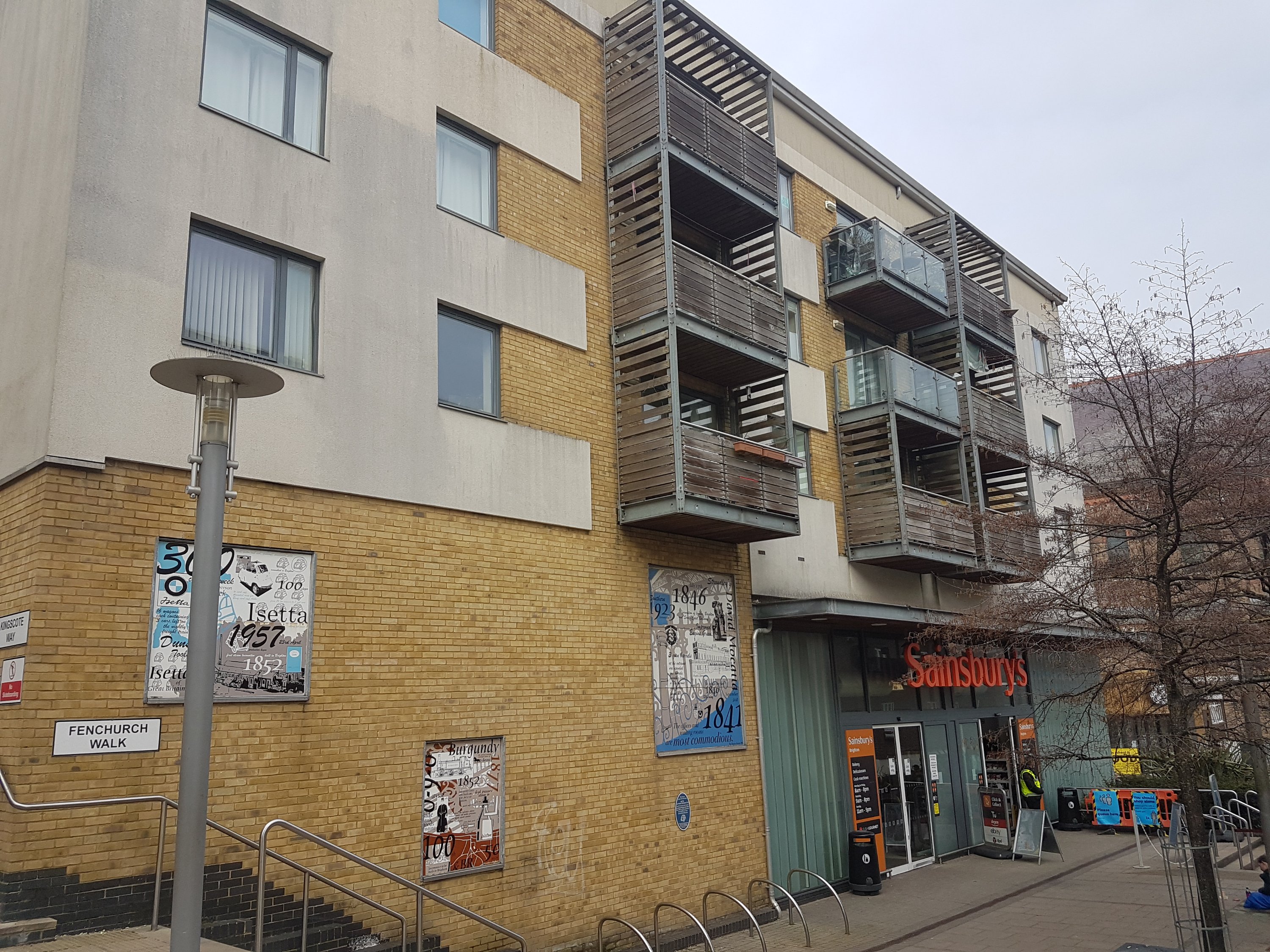 Sheffield Court, one of the City Point blocks in the New England Quarter which has failed fire safety checks

An award-winning Brighton housing scheme is among the latest to fail post-Grenfell fire safety checks, putting its leaseholders at risk of both fire and bankruptcy.

The City Point development, which includes 240 homes and the New England Street Sainsbury’s, was built by Barratt Homes in the noughties as part of a wider regeneration of brownfield land by Brighton Station.

It won awards, including CABE’s Building for Life award in 2008, and the wider scheme won a RICS regeneration award the same year.

But last month, its residents were told that cladding checks carried out in December had uncovered a series of fire safety failures – including some which appear to have breached regulations in place when it was built.

Among the failures ws the presence of combustible insulation, made by Kingspan, which also manufactured the insulation used on the Grenfell tower.

Kean Silvester helped set up a residents association after news of the failure spread. It now has 80 members.

He said: “At the moment, we have been told that our block has failed and there’s one block which is over 18m and FirstPort [the management company] have applied and secured that funding but we are worried for the specifics of work which needs to be done.

“Because we are outside of the ten year warranty, Firstport have said there’s no way of pursuing funding to fix it but we have not heard from Barratt ourselves.

“It was devastating but expected.

“I first heard about EWS1 [a form which certifies the fire safety of external walls introduced after the Grenfell tragedy] at the end of last summer.

“As I found out more and more about it, I found more examples of Barratt Homes developments failing.

“I don’t feel unsafe where I am, but I know that people living in some of the other blocks are worried.

“There’s not a lot we can do because we can’t arrange the work ourselves. We are just waiting.”

Joanne Munro bought her flat about three years ago, and was thinking about selling up, but is now stuck until the issue is resolved.

“I saw it all happening around the country and was thinking please don’t let that happen to us.

“A little while after that we all get a flyer through the door from a resident saying did you know the whole building has failed and this is what could happen to us.

“These are not cheap flats. I love my flat, it’s amazing, but it’s not safe.

“The management company is pretty good, but everyone is passing the buck.

“We could potentially have to pay but we don’t know how much – it could be nothing, or it could be something like £70,000.

“Even if we accept a forced loan, that would be against the property and I could end up selling it and being left with nothing.

“If you buy a house, the least it should be is safe. People are worried – if there’s a fire, how would you get out?

“And how will they fix the problems? I can see how they could replace the timber balconies, but many of the problems are inside the walls.”

Earlier this month, Conservative MPs voted to foot the bill for remedial work to blocks over 18m high – but an amendment to extend relief to blocks under that height, supported by Labour and Brighton Pavilion’s Green MP Caroline Lucas, was voted down.

Ms Lucas said: “The reason so many apartment blocks are fire hazards is because of government deregulation over decades, and the outsourcing of inspection to companies working for the developers themselves.

“For too long, developers have had too much influence over the marking of their own homework on critical safety issues and the consequence has been buildings where residents now feel unsafe.

“Central government created this problem and it is outrageous that leaseholders are being left to pay for it.”

One of the five blocks in the scheme – Stepney – is over 18m, but the other four are below this threshold.

A spokesperson for Barratt Developments PLC said: “We are aware of the difficulties facing leaseholders at City Point, and appreciate how distressing this must be.

“We do not believe leaseholders should have to pay for building safety remediation work and remain happy and willing to work with the managing agent, freeholder and leaseholders to help find a solution to the current issues, as we are doing at other historic developments.”

A spokesperson for Firstport, which now manages the property on behalf of Guernsey-based freeholders Abacus Land 4 Ltd, said: “We understand how difficult the uncertainty is for residents and homeowners, and we’re doing all we can to support them.

“We have just received confirmation that the Stepney Court building, which is over 18m, has been accepted for funding and we are now working to progress this.

“The remaining buildings under 18m do not qualify for funding. The Government has recently announced that alternative funding arrangements will be available for these types of buildings, but as yet there are no published details.

“In the meantime, we will continue to support and update all residents on the progress of works at City Point.”

Two more blocks in the New England Quarter development – Embankment House and Temple House – failed similar fire safety checks last year and residents there have been billed for waking watches as a result.