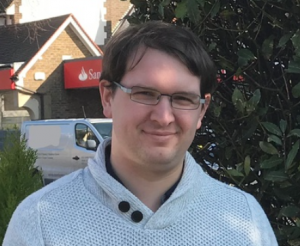 Below are the responses from Lib Dem candidate Jamie Bennett.

Sussex Police has been let down by the Conservatives for the past nine years, with budgets being cut and officer numbers decreasing.

I want to help repair this situation until the government realise the PCC role is not fit for purpose and scraps the position making the police independent from politics once again.

I will work hard for the community I serve and not just follow direction from the government or a political party.

Our police need the freedom to work for the community and not be used as a party political chess piece.

No, the PCC role should not have been introduced by the government and the Police and Crime Panel would be a much better and cheaper use of the police budget.

I believe the role should be scrapped but if the government can’t see the errors in the role, then yes, I believe eight years (two terms) should be a maximum.

Unfortunately, this is an issue nationally and needs urgent action. No one should be wary of the police and I will work with all community groups and the police to bridge the gap and ensure all members of our innocent community feel comfortable contacting the police.

We all have the right to protest and the police need to treat all protests with the same force unless there is intelligence which would require a further response.

I believe the Extinction Rebellion, Black Lives Matter and Kill the Bill protests have been unfairly managed by the police.

More police are needed to engage and reassure people. Since 2010 police numbers have decreased by over 15 per cent, according to the ONS (Office for National Statistics), with less police officers and more crime.

The service is stretched and unable to provide a prevention service in schools, etc.

How will you work with Sussex Police to learn from cases like Shana Grice’s murder, making sure officers are trained and women are taken seriously when they report crimes.

As stated in answer five, we need more police, and they need to work with all local councils instead of just reacting to events.

I have been a councillor for over 11 years and have seen a large decrease in police and council engagement.

Councillors know the areas better than most people and can provide so much intelligence.

Increase the police numbers for a start – a 15 per cent decrease in 11 years with crimes increasing is a complete dereliction of duty by the PCC.

This is a law that the police don’t have time to enforce because they don’t have the resources but they need to crack down on it.

Hunting is illegal and needs to be stopped. Would the police ignore drink driving in the same way they ignore the Hunting Act law?

Drugs are a serious issue within our community but I believe the government needs to look at the current drug classifications and the actions police are allowed to take.This includes the sentencing for drug crimes as people are not scared about being caught at the moment.