Wife Swap USA, Sit Down & Monakis to kick off ‘JOY.’ residency at The Prince Albert 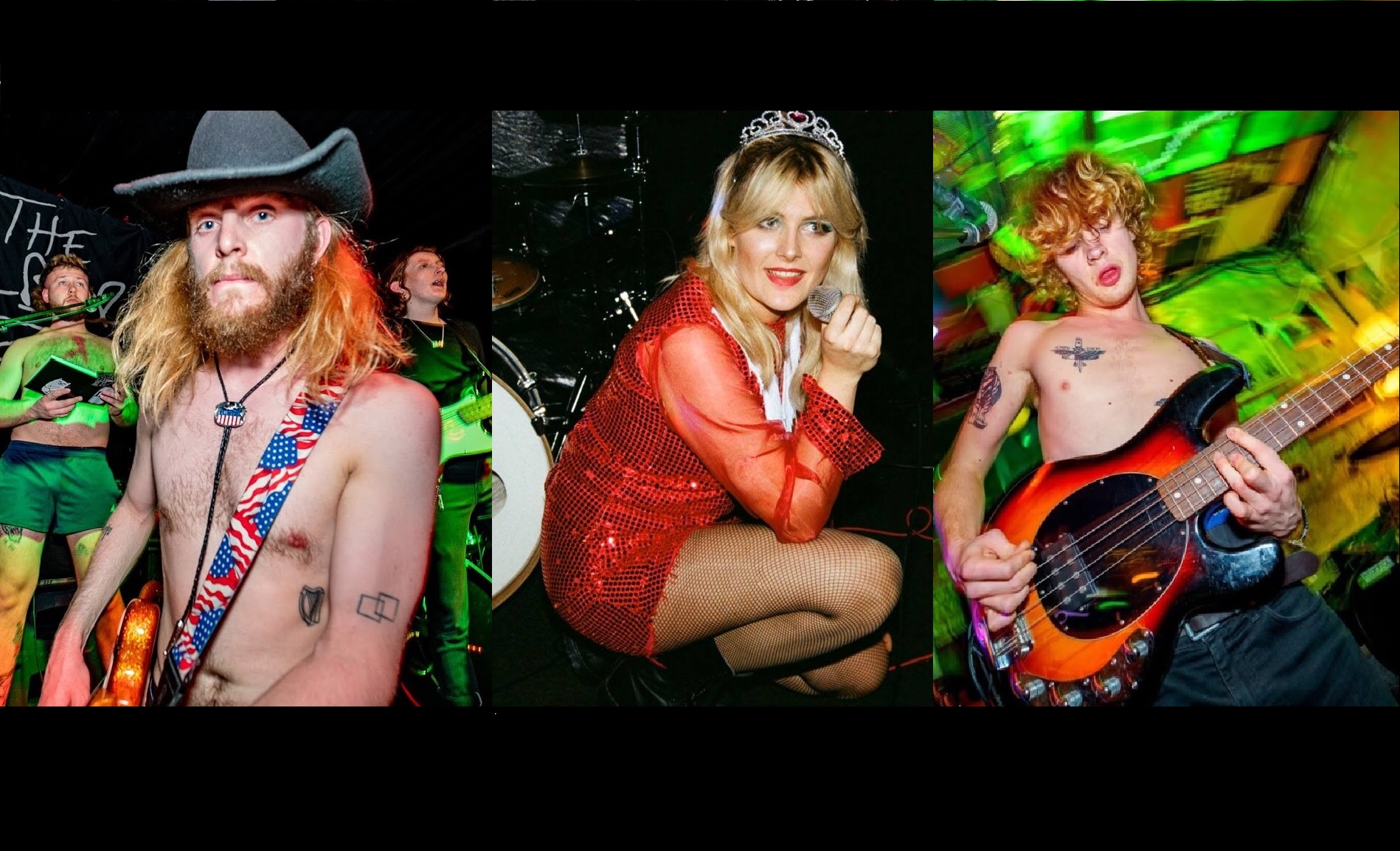 Wife Swap USA, Sit Down & Monakis will be playing live at The Prince Albert on 1st July 2021

The first of these special nights will take place on 1st July and will feature the local talent of Wife Swap USA, Sit Down, and Monakis.

The Brighton & Hove News Music Team are certainly no strangers to Wife Swap USA and Monakis, having seen them both perform live and direct on several occasions. They are certainly well worth checking out! We were due to see Sit Down too, but covid had other ideas! 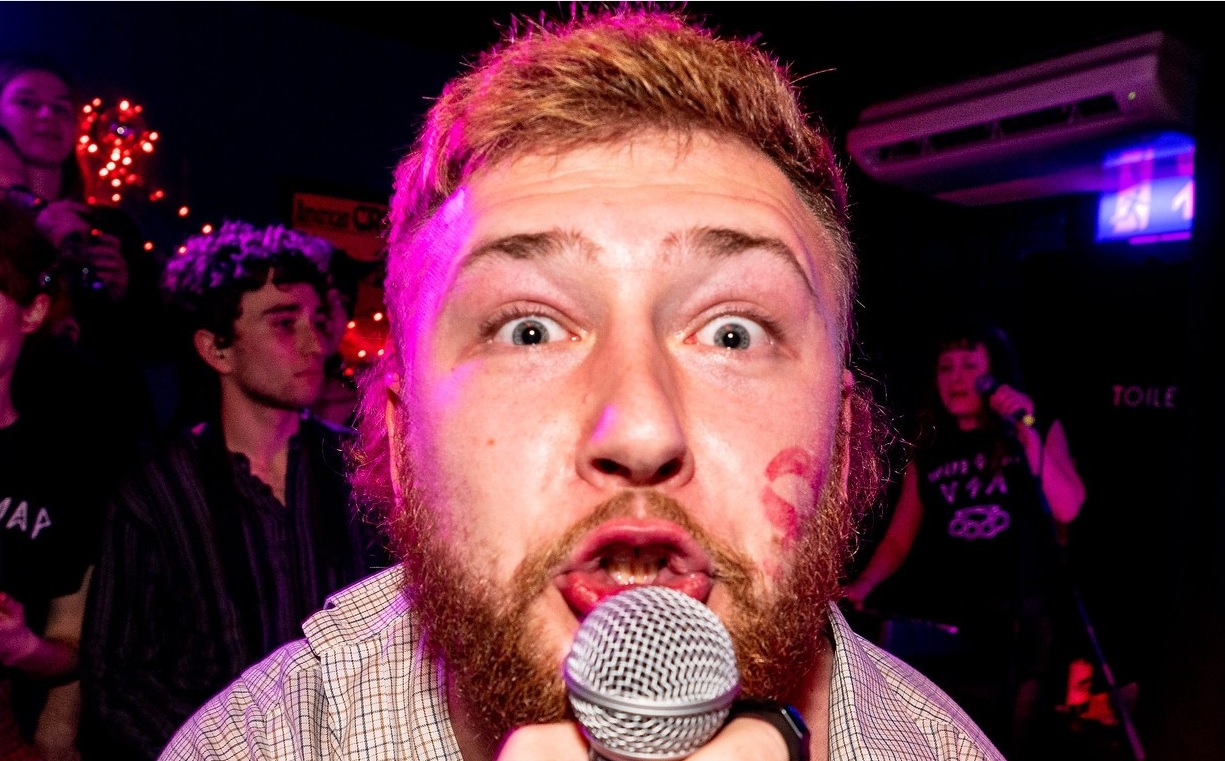 Well where on earth do we start with this hot new Brighton based sextet, consisting of Harry (vocals), Kim (bass), Leila (lead guitar), Matt (rhythm guitar), Phoebe (keys) and Annabel (drums)? Well at the beginning naturally!

The Brighton & Hove News Music Team were present at the band’s very first gig on 6th December 2019! It lasted 34 minutes and it was wild and very memorable! At the time I stated “I walked out of the venue thinking to myself …OMG, that was their first ever gig! How good can they get?”. 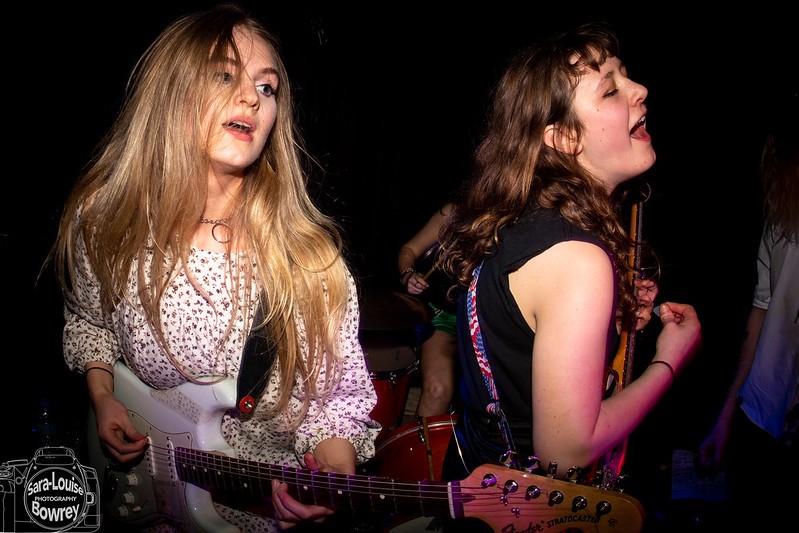 That night we had taken a gamble and split up for the night and it certainly paid off very well. Some of us stayed down at the Brighton Centre to watch Squeeze perform (having already witnessed the decent Heaven 17 set) and others headed on up the hill to The Hope & Ruin to watch Wife Swap USA. You can read our in depth account of that night HERE.

Exactly a year after their debut gig, Wife Swap USA unleashed ‘The Difficult Second Album’ on 6th December 2020 to an unsuspecting world. It wasn’t their second album or even their first, but a ten and a half minute, four track EP consisting of ‘Too Sad To W*nk’, ‘Lipstick’, ‘Sniffin’ USA’ and ‘Snowstorm’. Check it out HERE if you dare! 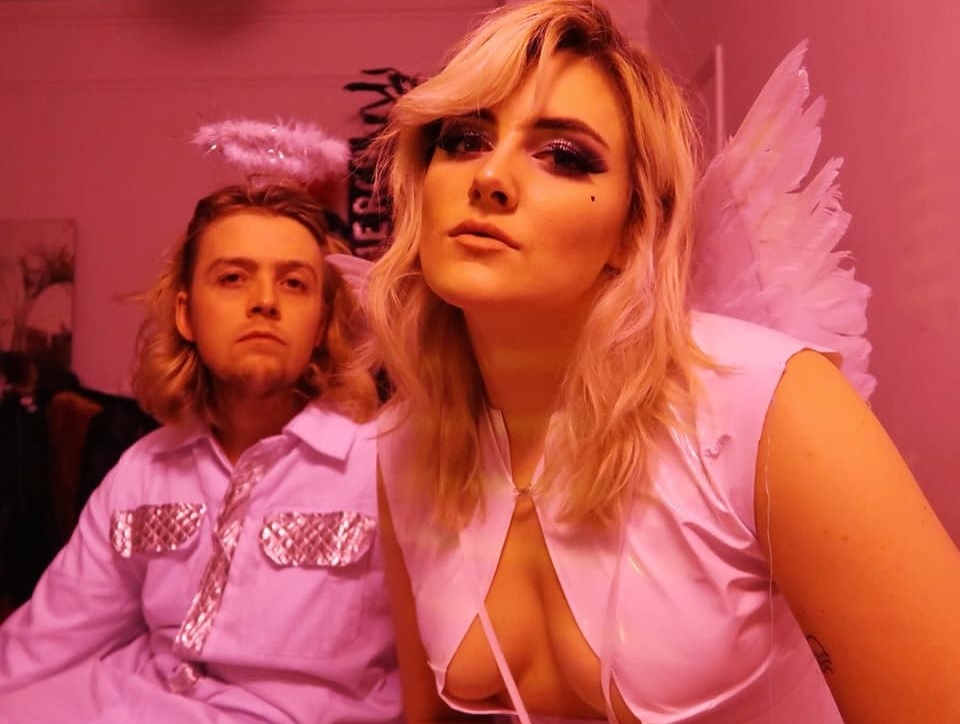 This Brighton based duo refer to themselves as “Apocalyptic art rock” and “hell’s house band”. They formed in 2016 after temporarily living in New York City, guitarist and vocalist Greg Burns and drummer and vocalist Katie Oldham honed their punk

Their live shows summon up fiery garage rock with infectious energy and acid-tongued wit. Sit Down forge their own brand of art rock that borders on doom, hip hop, and everything in between. 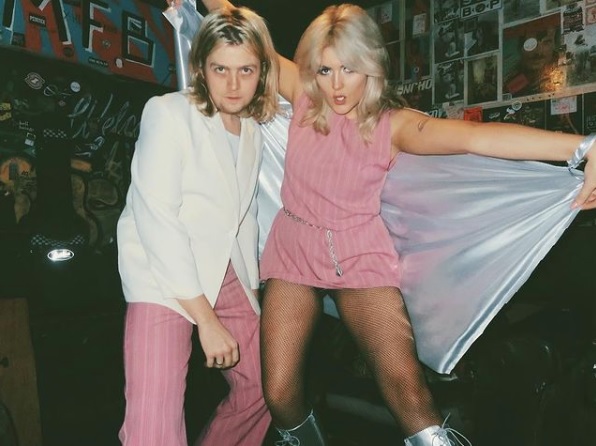 Since their live debut in early 2017, they have refined a signature electrifying sound, with elaborate stage shows and homemade outfits becoming something audiences have grown to eagerly anticipate. 2018 saw the duo go from strength to strength, self- releasing their first EP ‘Cheap Luxe’, supporting the likes of Drenge and performing at Reading and Leeds Festivals for BBC Introducing.

Their ‘Knives’ / ‘Take A Seat’ single was released in September 2018, which was followed on 20th March 2020 by the aptly titled track ‘Quarantine’. Then came their ‘Nice One’ four tracker two months later.

They have played 100 live shows and can’t wait to get gigging again. Their last show was on 13th February 2020. We were due to review their performance with Stonefield at CHALK on 17th March 2020, but covid had other ideas. 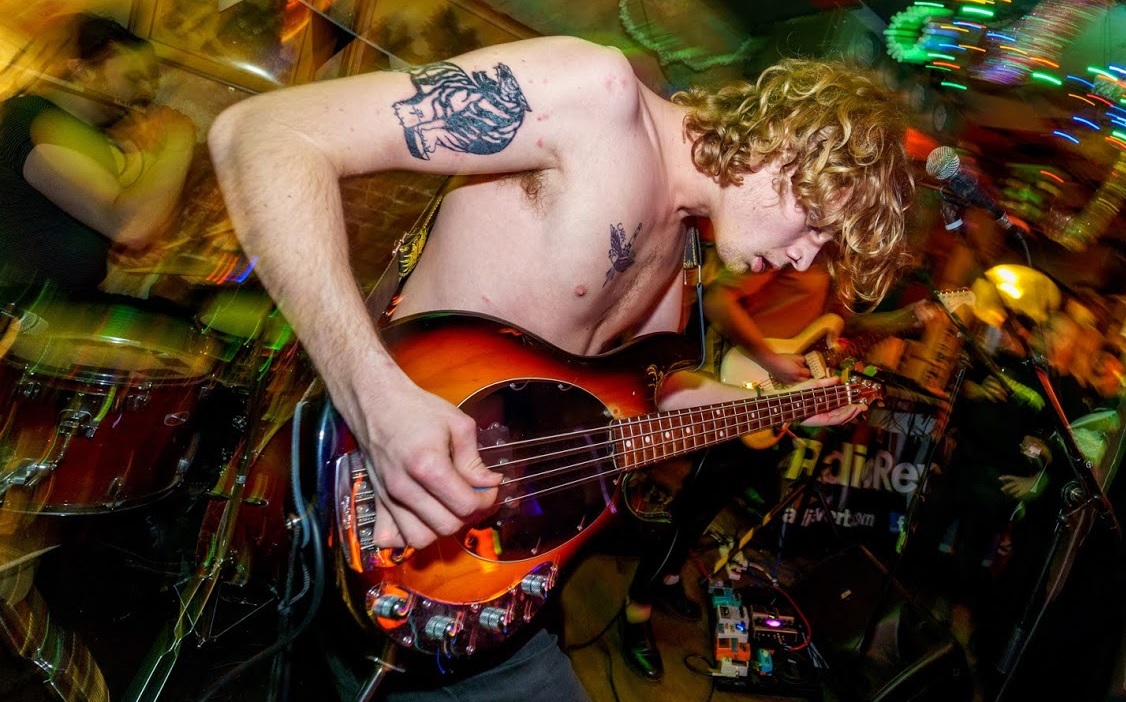 The Brighton & Hove News Music Team first came across the Brighton punk trio Monakis, consisting of James Porter (bass/vox), Aaron Butler (guitar/vox) and Joe McTaggart (drums), back on 8th February 2020, when they were performing at the compact Rossi Bar on Queens Road. 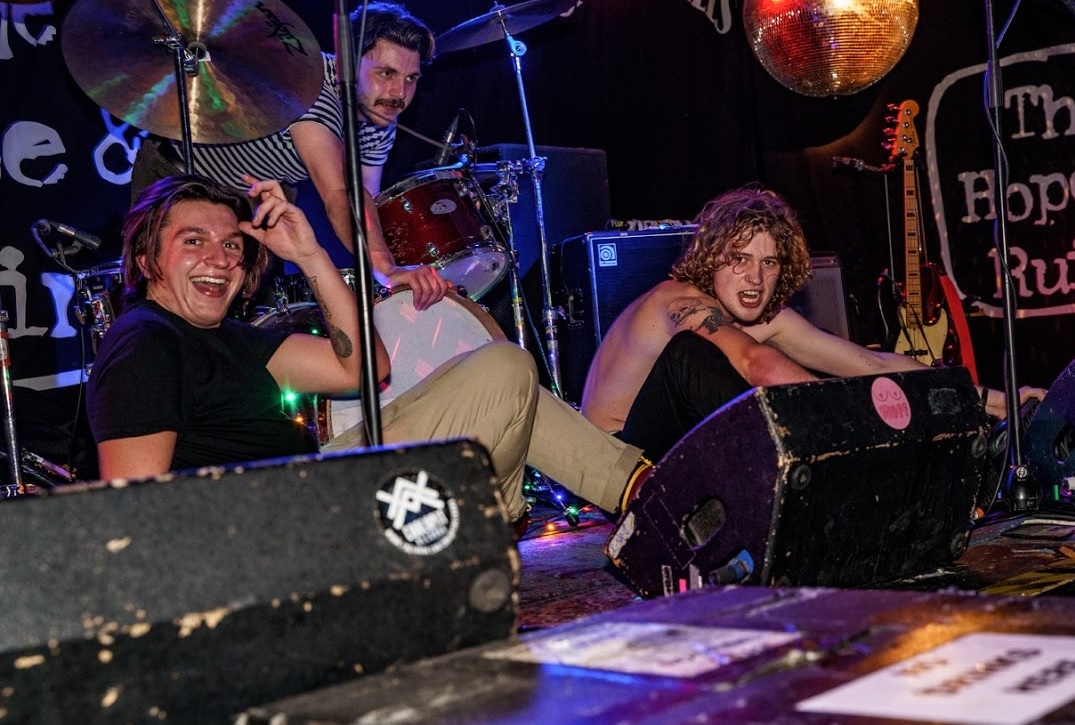 We had to have more! And we most certainly did, having witnessed them live exactly a month later on 8th March 2020 and then 13th March and then 19th December 2020. Every time they delivered!

Tickets for Wife Swap USA, Sit Down, Monakis 1st July 2021 gig can be purchased HERE or from your usual ticket agency. 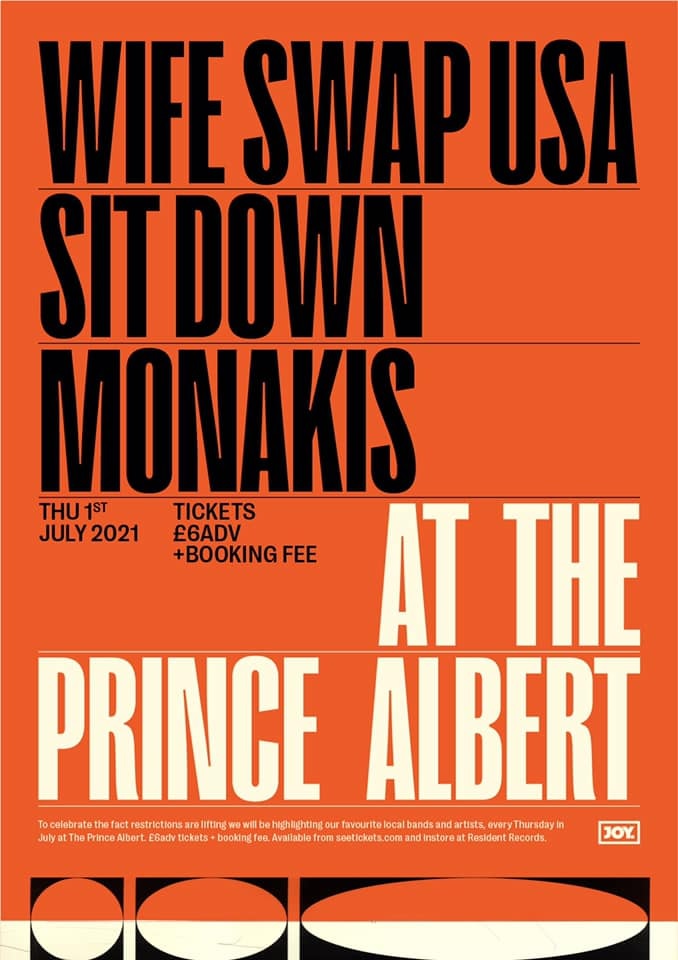