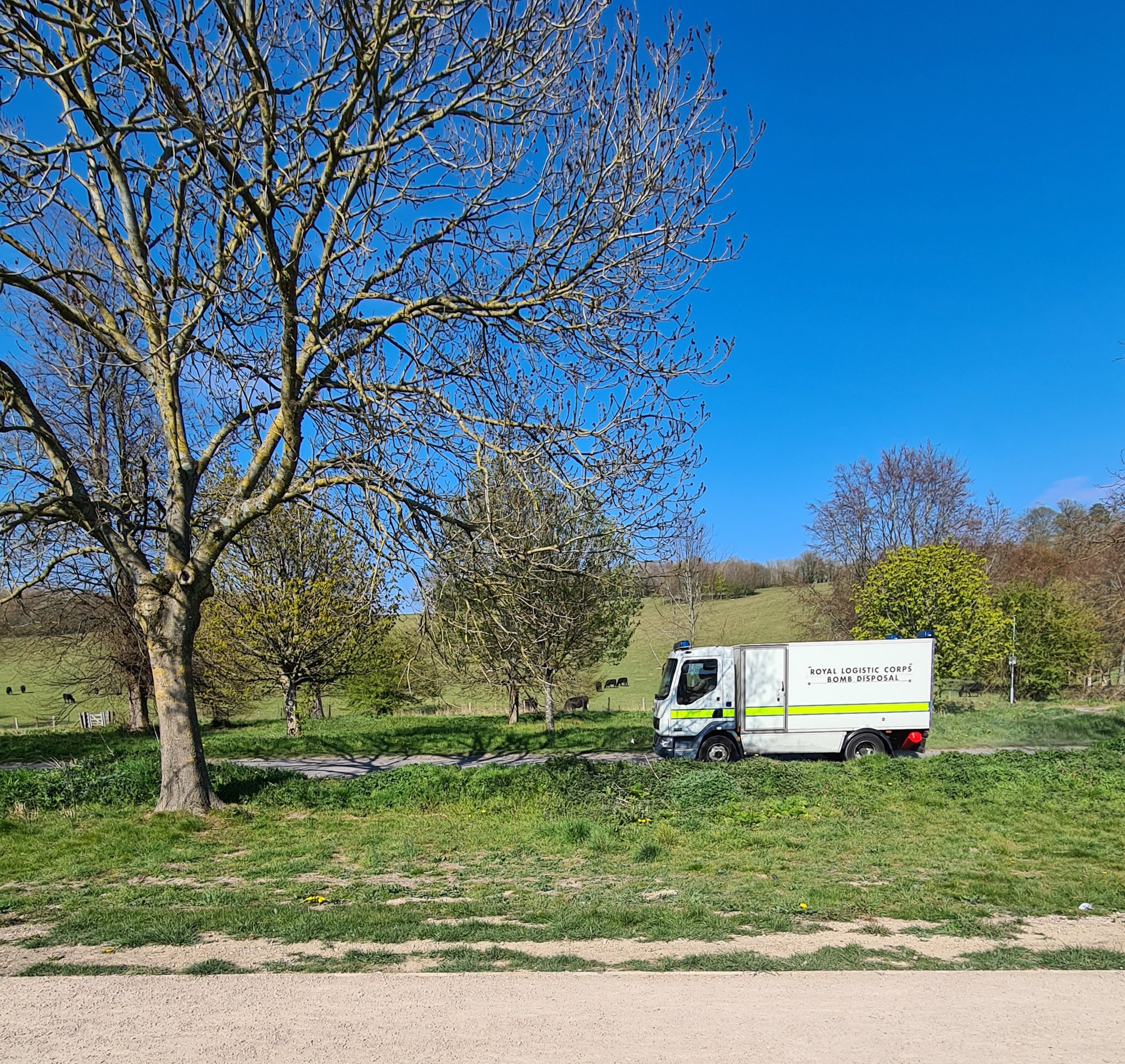 The bomb squad arrives in Stanmer Park. Picture by @jodiebrighton1 on Twitter

The bomb squad has been called to Stanmer Park after a possible unexploded mortar shell was found there.

The shell was reportedly found near Stonymere Way by a mountain biker on a ride there today, shortly before midday.

“A 100m cordon has been put in place as a safety precaution and the Explosive Ordnance Disposal (EOD) team will attend the scene.

“Thanks for your patience and understanding while we carry out our work.”

It’s not known yet what exactly has been found, but Stanmer was used for military maneouvres during the Second World War.

Canadian soldiers were stationed there and practised tank manoeuvres and other military procedures. The villagers were all relocated.

The new One Garden features a plot planted to commemorate the Canadian soldiers stationed there.