Families pay tribute to men who died in A27 crash 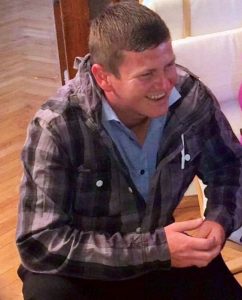 The families of two men who died in a crash on the A27 have paid tribute to them.

They died in a crash involving two cars and a Ford Transit near Lewes eight days ago (Friday 30 April).

One of the men, Darren Grant, 33, was a father of five, from Peacehaven.

The other, Dean Bridger, 39, from Lewes, was also a father.

Mr Bridger’s family said: “Dean was a very big part of our lives, loving, caring and incredibly generous. The outpouring of grief and the many, many messages of support have been incredible and a testament to the ‘Duke’, a good son, loving father, brother and partner who really will be missed in many ways.

“We’d like to thank the emergency services for their help and support.”

Mr Grant’s family said: “Darren was a beloved son, brother, boyfriend and daddy to five beautiful girls who were his world, and an amazing uncle and step-dad.

“He was always the life and soul of any party, anyone who knew him would agree, and lived life to the fullest. Always playing the joker but was also there when you needed him.”

The men were in a black Audi S5 which crashed with a silver Audi TT and a silver Ford Transit.

The crash happened on the eastbound carriageway of the A27, on the approach to the Ashcombe Roundabout, at 10.20pm on Friday 30 April.

The two men were taken to Royal Sussex County Hospital, in Brighton, where they later sadly died from their injuries.

The driver of the Ford Transit – a 59-year-old man from Havering – suffered serious injuries and was taken to hospital for treatment.

No other injuries were reported. 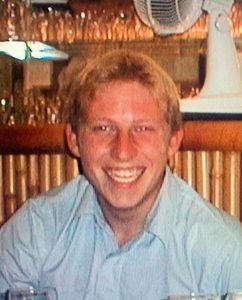 A 30-year-old man, from Lewes, was arrested on suspicion of causing death by dangerous driving, drug driving and having cannabis.

A 29-year-old man, from Lewes, was arrested on suspicion of causing death by dangerous driving.

Both suspects have been released under investigation pending further inquiries.

Sussex Police said: “Police are continuing to appeal to anyone with any information to come forward.

“In particular, did you see either of the vehicles – which may have been travelling with a white Audi S3 – or did you capture either of them on dash cam or CCTV prior to the collision?