“Let’s Get Lost Together” with Pete Fij / Terry Bickers 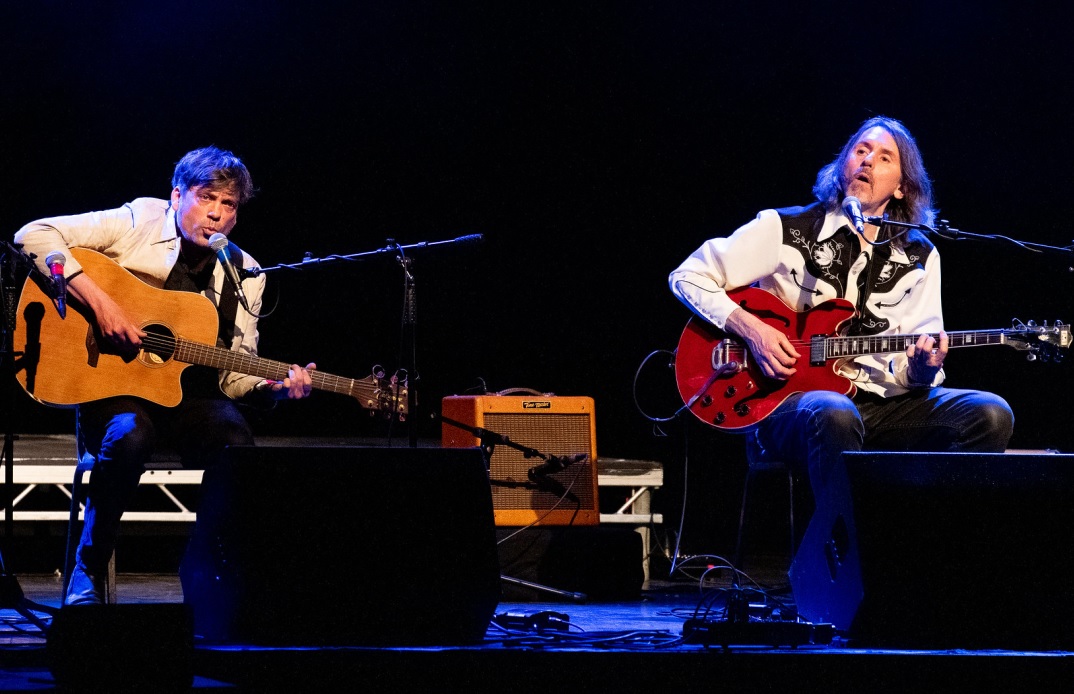 Last month, the iconic modernist designed De La Warr Pavilion in sunny Bexhill-on-Sea hosted their first gig in five months, having been forced to halt all performances (like everyone else) due to the ongoing pandemic. It seems that since their welcomed reopening for approved socially distanced performances, that there is certainly no stopping them.

Every day at Brighton & Hove News we get notifications of yet another new tour announcement that will be calling into the De La Warr aka DLWP. It is certainly high on the hit list of touring bands and artists plus their managers and agents. 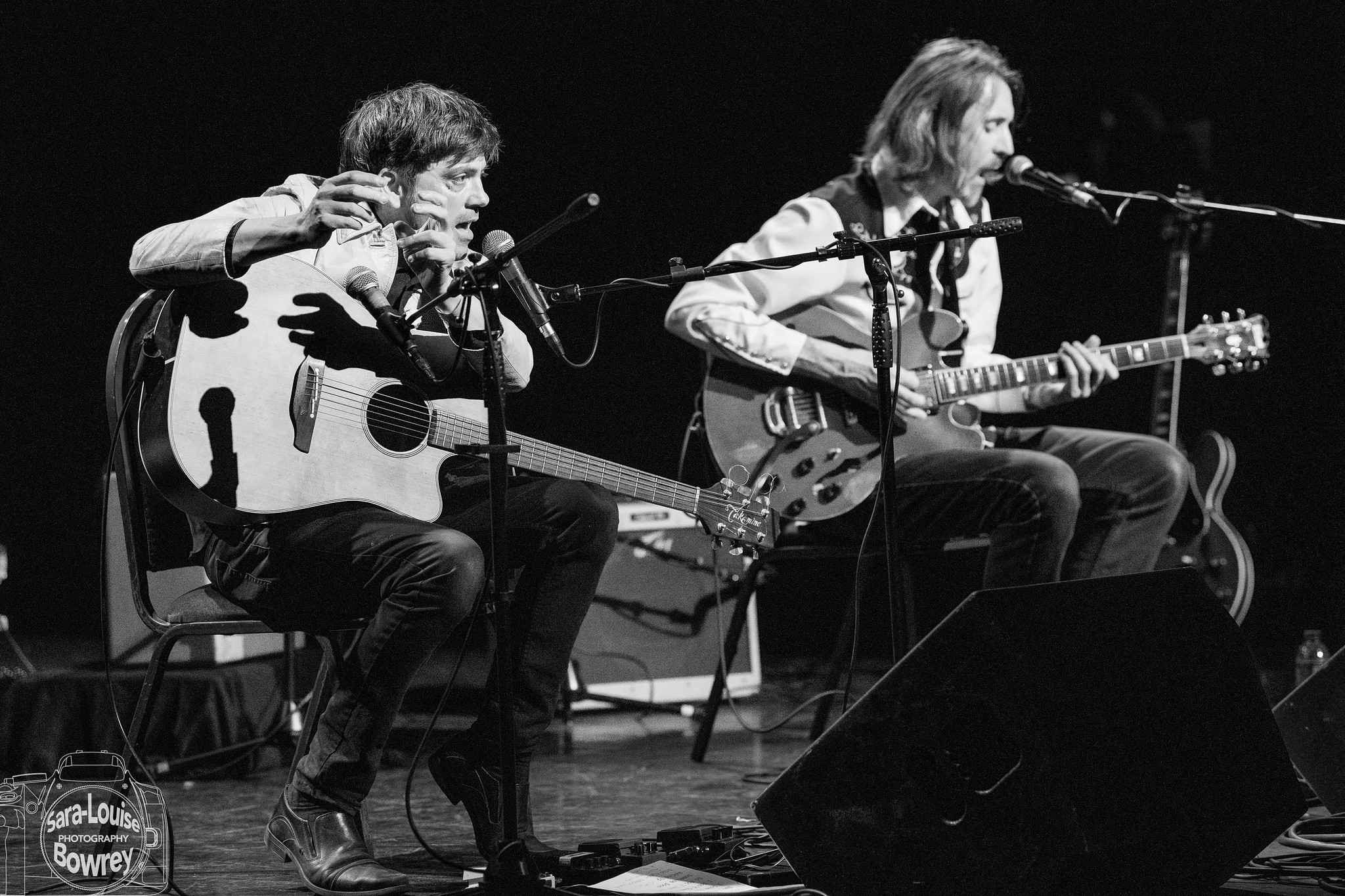 It’s always a joy to take a jaunt eastwards to this spacious venue. Which is even more highlighted by the enforced limited capacity at present. In fact it can appear to be cavernous and the sound is rather different with many less souls in the building. But hey let’s look on the brightside, this reduced attendance has allowed smaller artists and bands to step up from their pub and club circuit and get a feeling of what it is to play in the bigtime. If an emerging act ever needed a boost, then the DLWP is just the tonic. Plus their seated fans might have even secured themselves tickets for the limited comfy black sofas! It’s like watching your fave acts whilst relaxing at home with your slippers on and a beer and a remote control. Not that anyone will be changing channels tonight!

This evening, there’s no ‘Match Of The Day’ to bolt back home to watch as Brighton & Hove Albion have again secured their rightful Premiership position, so it’s time to sit back and relaxxxxx.

On offer for us instead are a trio of differing acts, namely Pete Fij & Terry Bickers (stylized Pete Fij / Terry Bickers) as who are appearing at the venue for the very first time, emerging Brighton based outfit CIEL and local to the venue Winter Gardens.

The venue’s special social distancing seating arrangements were prepared for this event and the staff were thoroughly versed and so it was time to get underway. 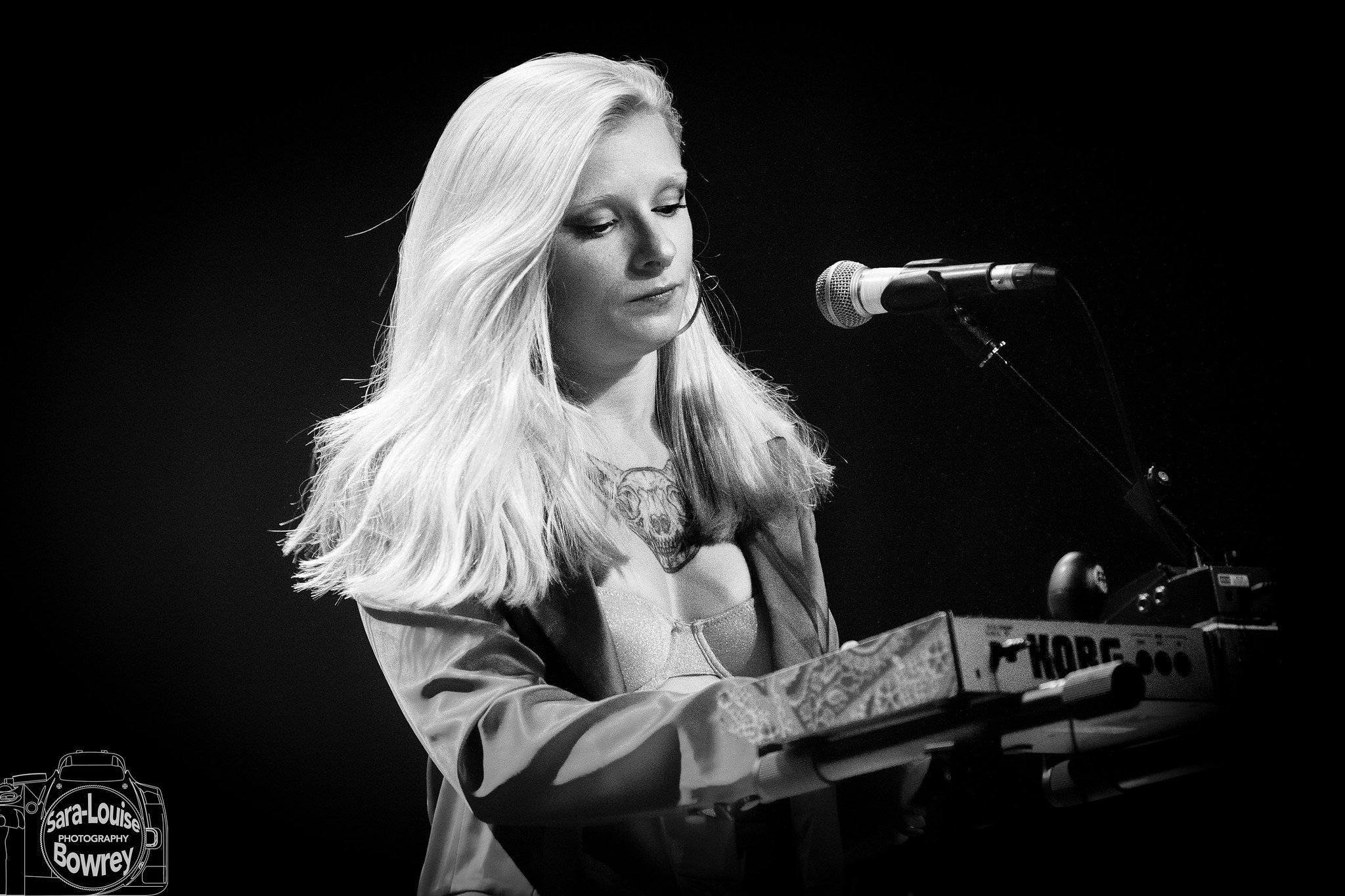 Sussex dream punk outfit Winter Gardens featuring Ananda, Jim, Matt and Alex are certainly no strangers to our music team as we have seen them blossom over the past two and half years, having first encountered them playing live here in Brighton at The Hope & Ruin on 12th November 2018, which was only their third gig, when they more than successfully carried out a cover of the Cocteau Twins classic ‘Pearly-Dewdrops’ Drops’, which incidentally turned up in February 2019 on their debut 7” coral vinyl release on austerity records. 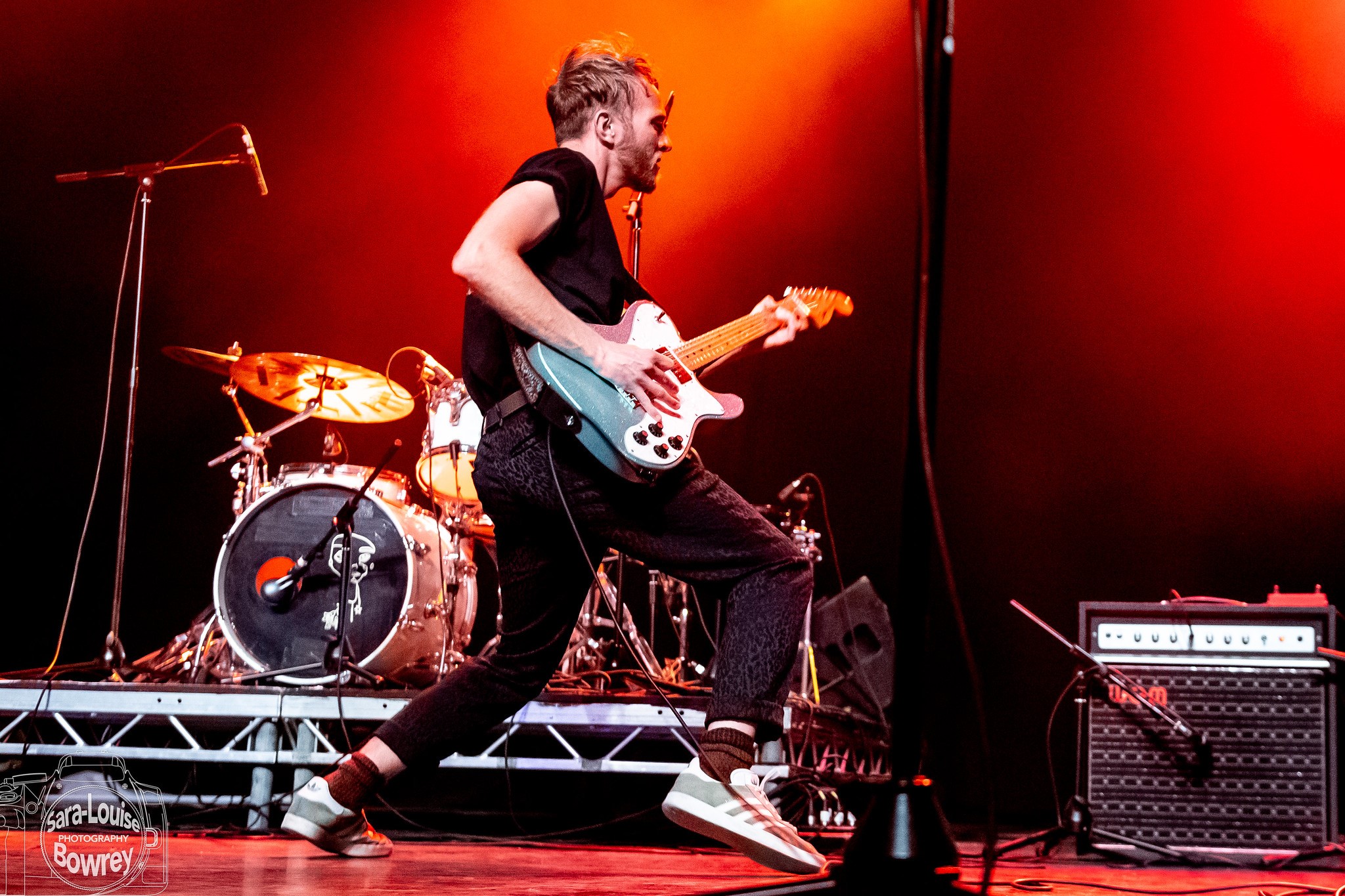 Mind you I suspect the band were more excited during their fourth ever gig when they played ‘Rockaway Beach’ in Littlehampton, sharing the bill with the legendary Gary Numan, Echo & The Bunnymen and Maxïmo Park. 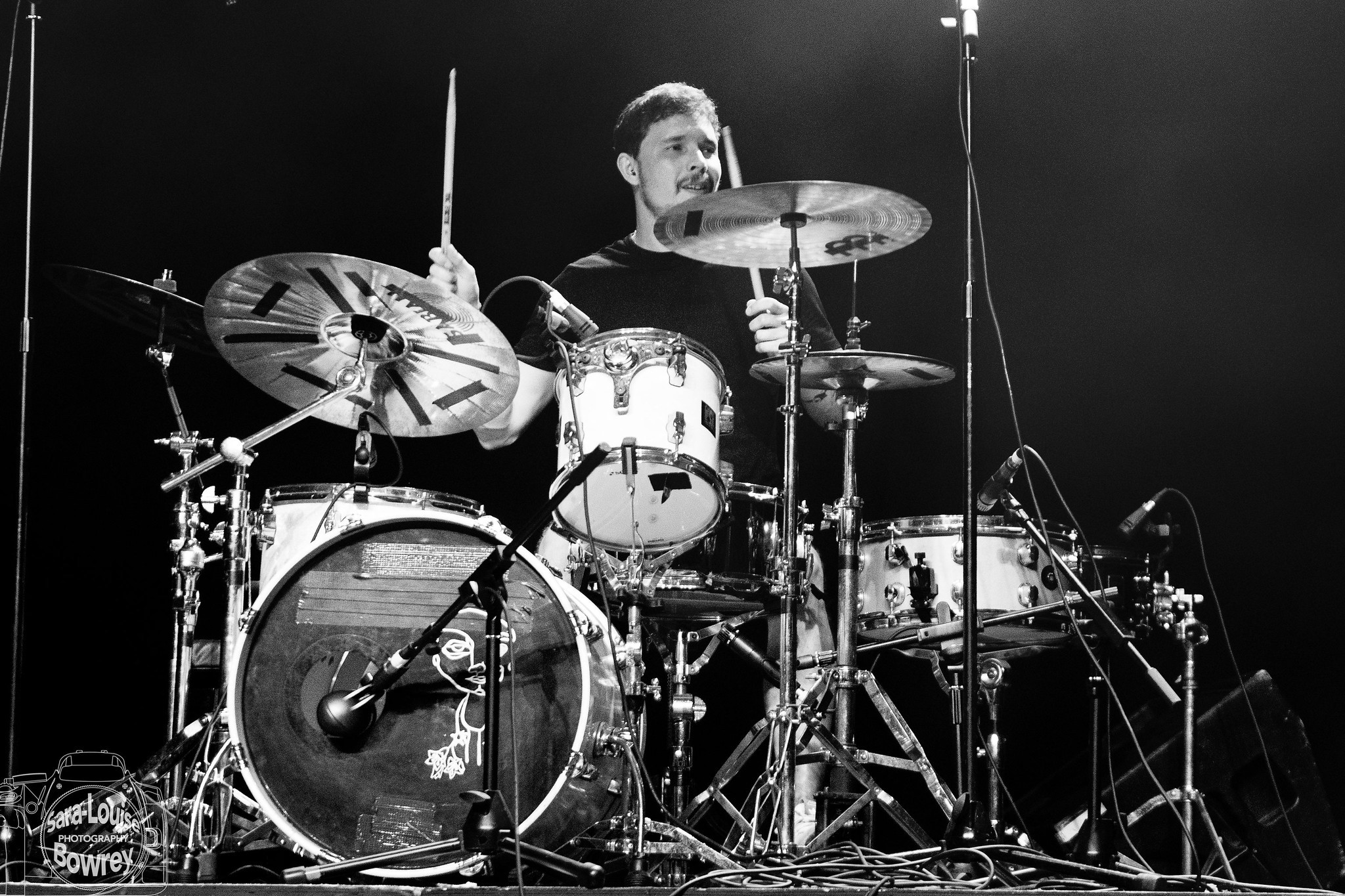 Winter Gardens followed their initial release with their debut 4 track ‘Tapestry’ EP out on luscious 12” marbled magenta vinyl. My fave track is the punky ‘Zigzanny’, listen to the tracks HERE and purchase the physical product HERE. This release would have given you the gist of what the band are all about. 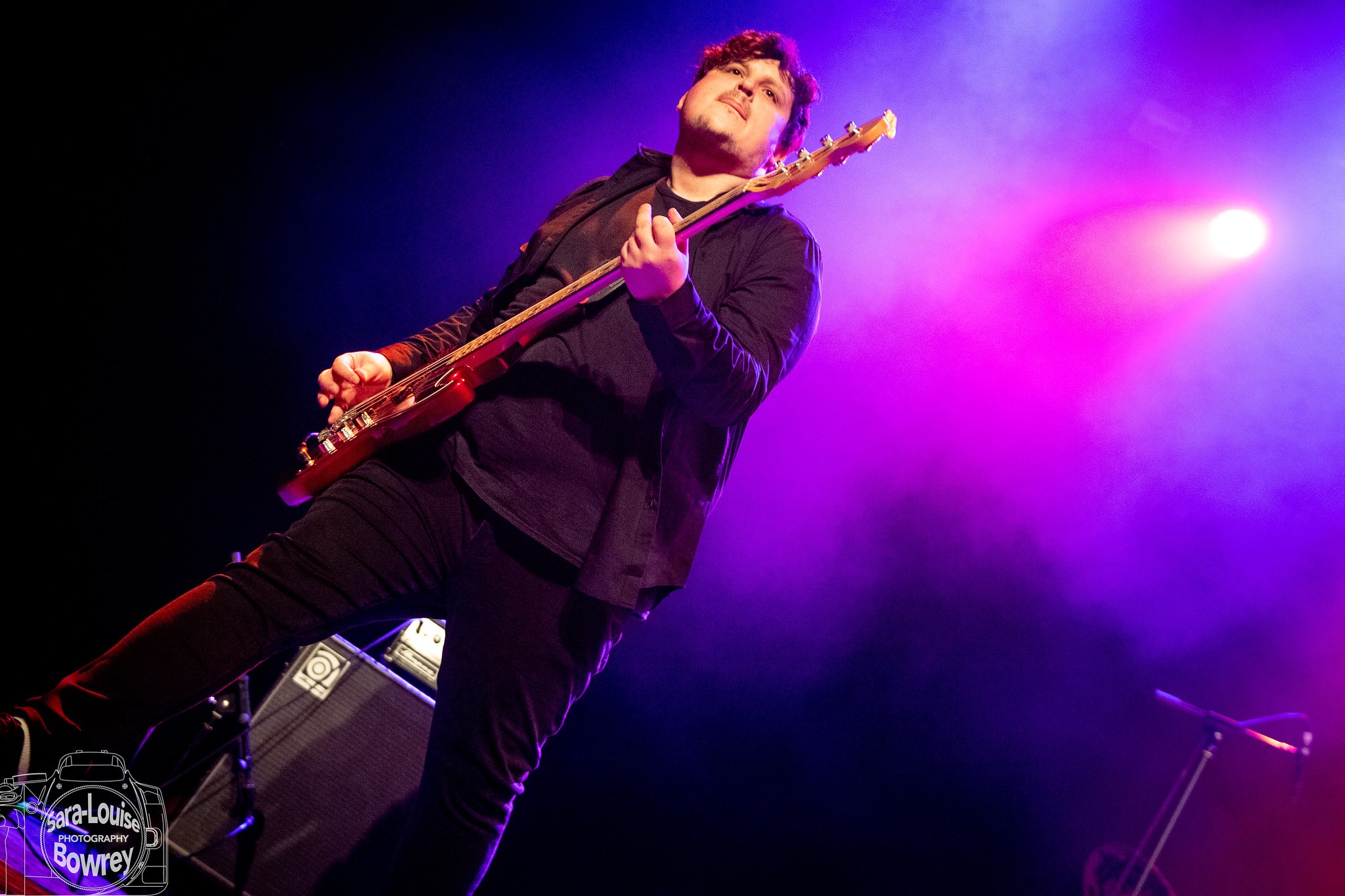 These days vocalist/keyboardist Ananda is far more confident and was looking resplendent in her open red jacket trouser set and guitarist Jim is still as ever throwing himself around the stage, which Matt and Alex hold the fort. They were certainly on form and clearly having fun this evening, after their pre-show beers on the DLWP balcony, and I’m looking forward to a Brighton gig announcement real soon (hint! hint!). The only downer for me was that the sound engineer could have sorted out the vocal clarity better. In fact it was the same all night and thus not a reflection on any of the acts! 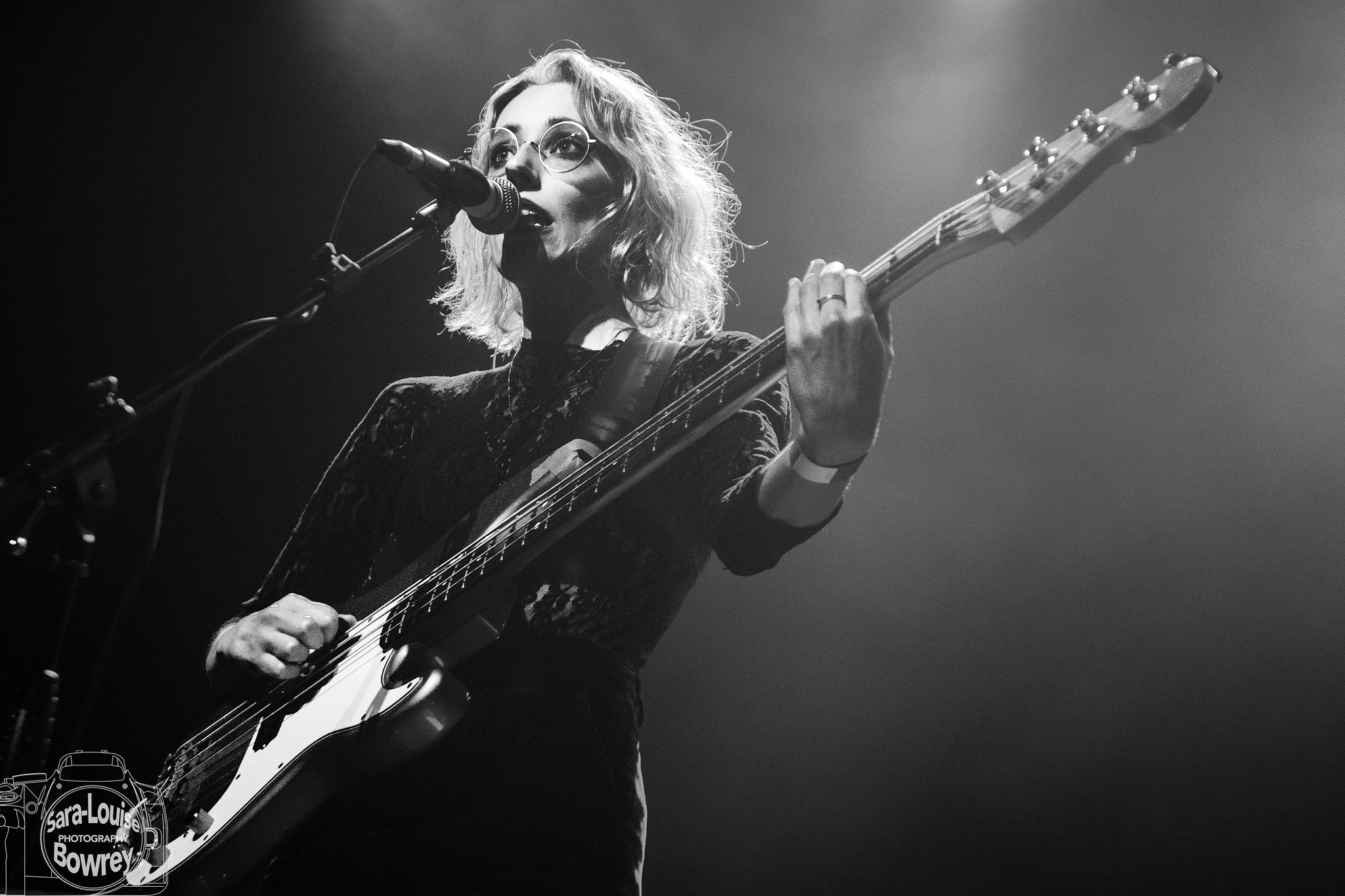 Here tonight via Brighton and previously The Netherlands and Spain are CIEL. Which in case you were wondering is pronounced ‘She-Elle’. Thankfully, these guys DO have a forthcoming Brighton gig in the offering and you can find out all about it HERE. 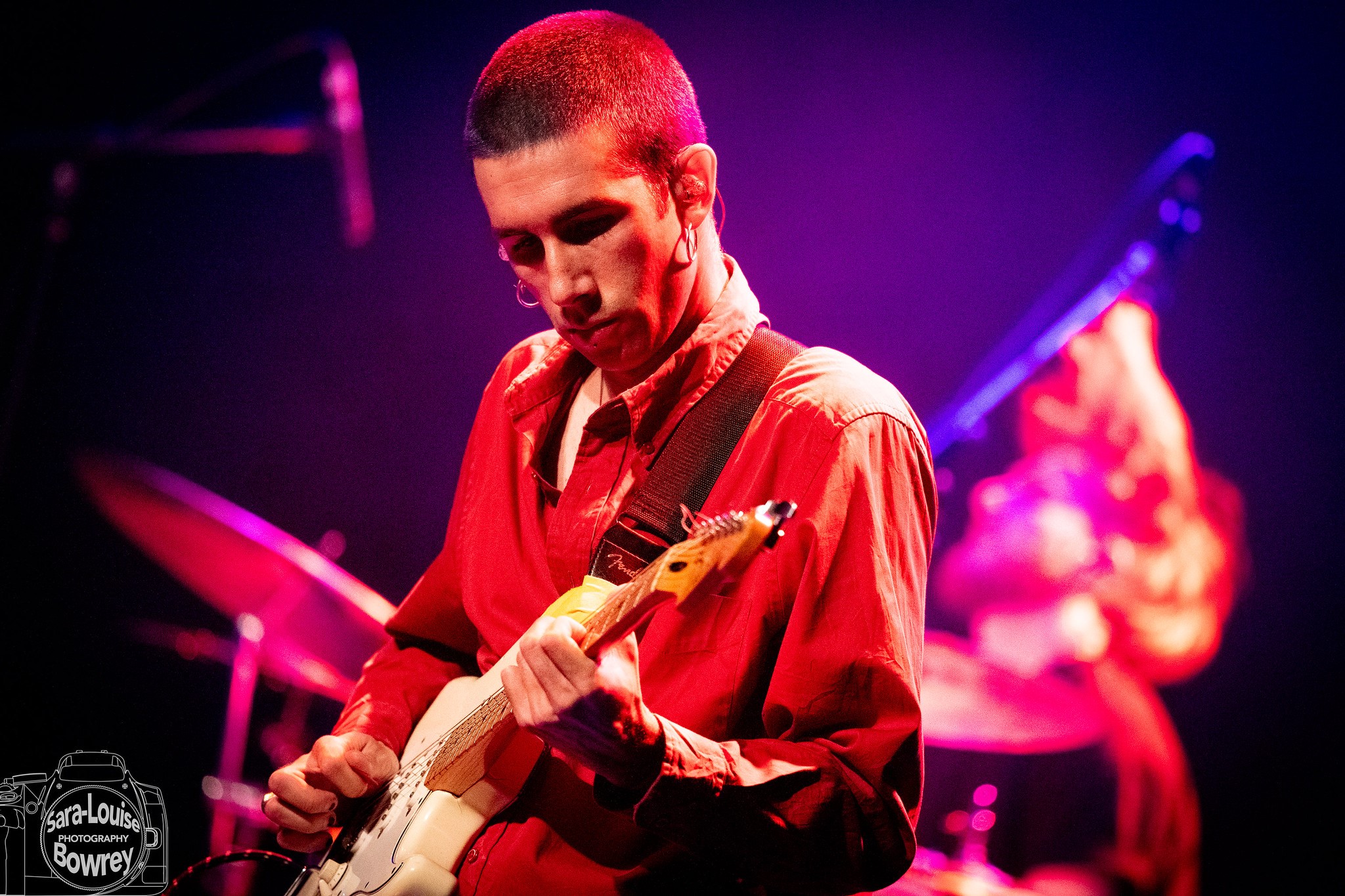 Tonight was be the band’s first concert for 18 months (previous gig review HERE) and clearly they were chomping at the bit to get out there again, especially as they were clearly buzzing from having had their sub three minute breezy new single ‘Never Alone Again’ get it’s debut national spin two days before on the Steve Lamacq BBC Radio 6 Music show. Maybe he caught wind of it via Melita Dennett’s show on BBC Music Introducing as she had already flagged it up on 27th May. Fabulous stuff! 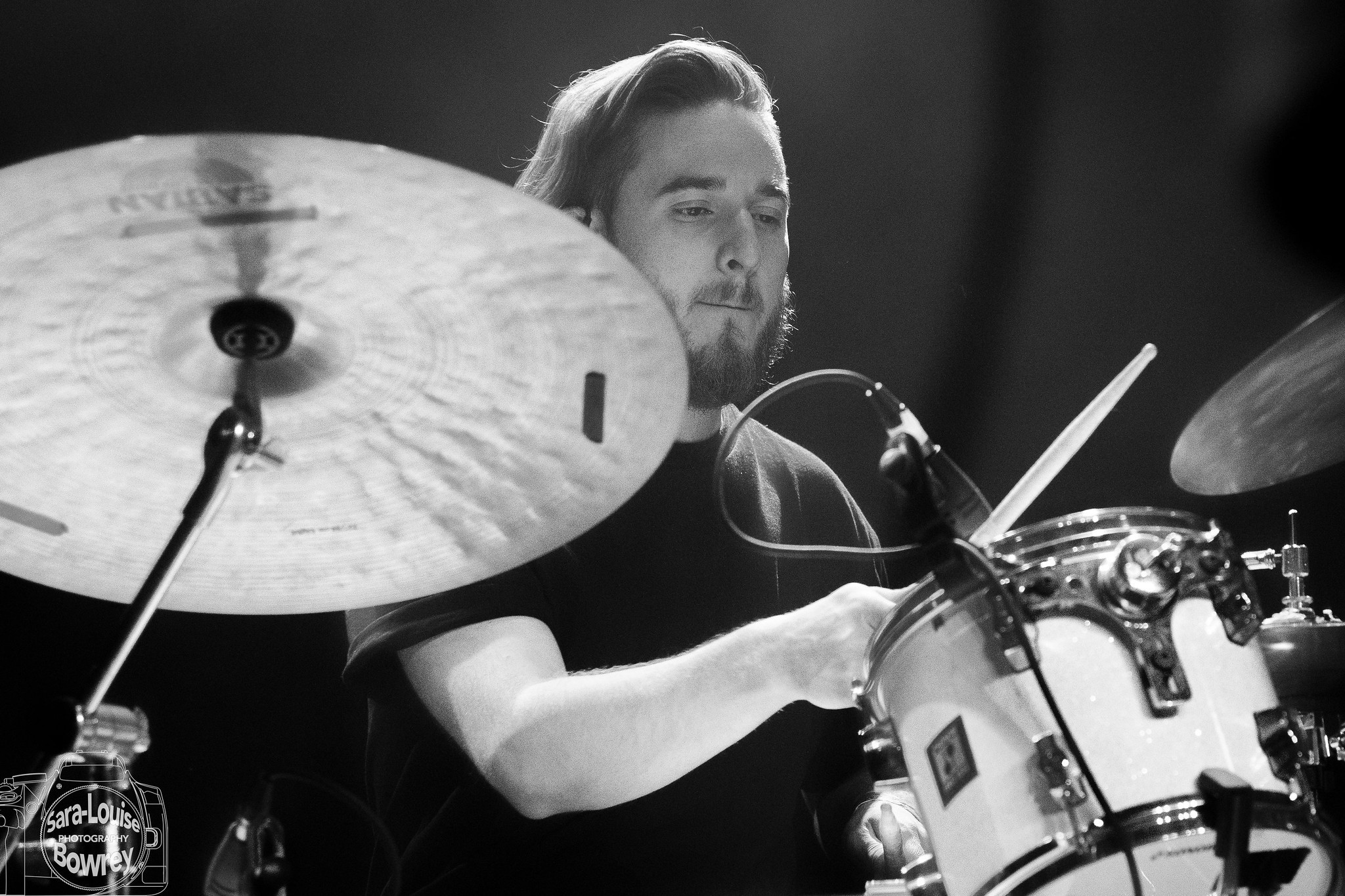 I can recall talking with founding member Michelle Hindriks at her debut concert with her band way back on 19th December 2018 at The Hope & Ruin (read our review HERE). Prior to that she had been a solo bedroom artist and former BIMM student here in Brighton. Michelle has come such a long way since our conversation, with various shuffling of (loaned) personnel, and has now settled on a trio format with Spanish guitarist Jorge Bela Jimenez and drummer Tim Spencer. 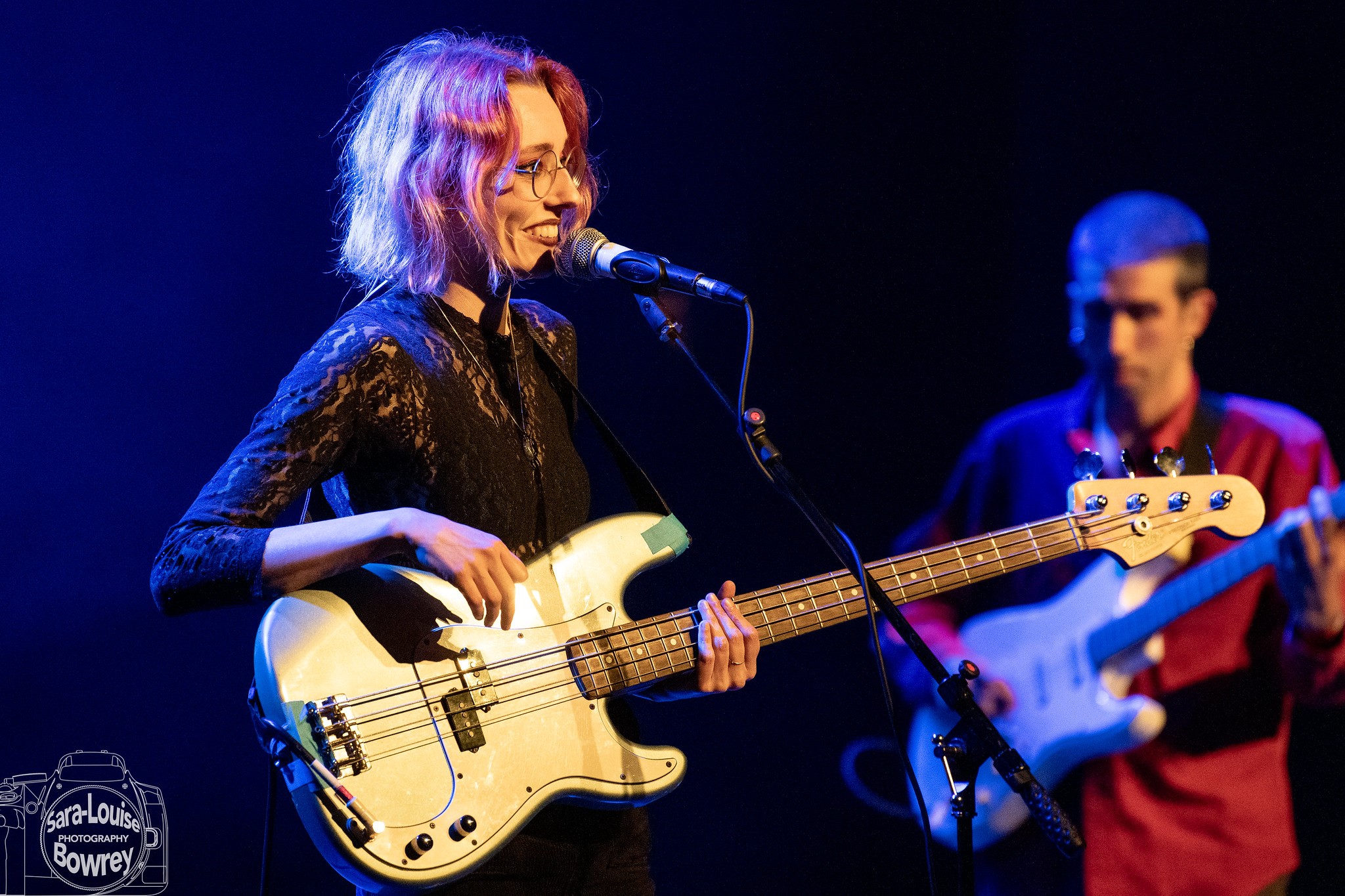 The trio format seems to be paying off tonight for the slender built CIEL as they work their way through their happy dreamy pop ditties on the cavernous stage. There’s plenty of room to whizz about, not that they do mind you. Michelle’s eyes sparkle through her circular glasses as she smiles and sings her way through their enjoyable set. The lads are a little stern, but this is down to concentrating me thinks! Looking forward to our next musical encounter on Friday 1st October. In the meantime, I’m hitting their ‘linktree’. 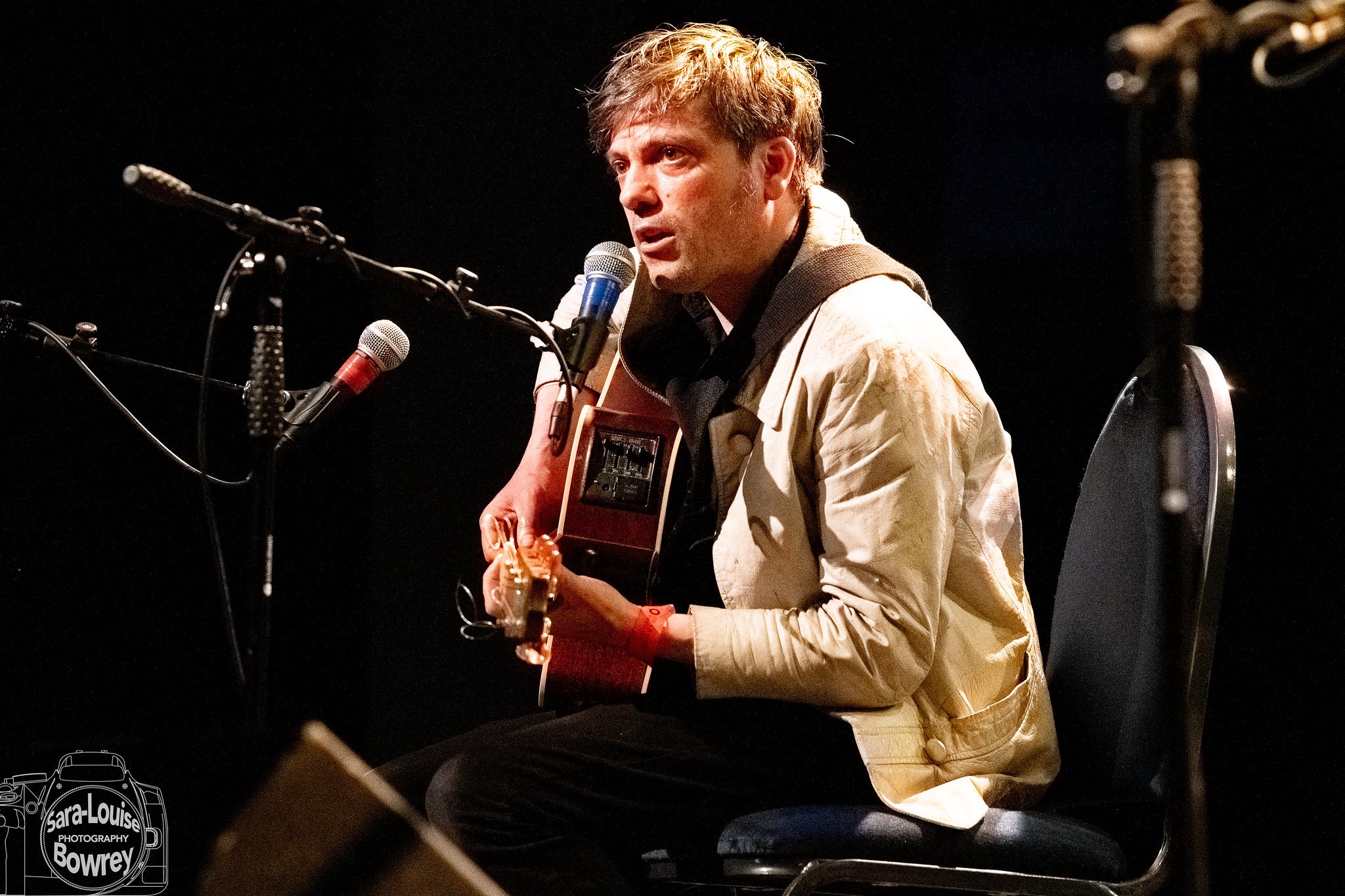 Tonight’s headline act Pete Fij / Terry Bickers was soon upon us. This was previously described as like a late night jamming session with Johnny Cash, Velvet Underground and The Everly Brothers trying not to wake the neighbours. So I guess you catch their drift of where they’re coming from! Which was more than likely Worthing, as they finally got to play their sold out gig at the town’s exciting new venue The Factory Live the night before. Also relevant to that is that Pete Fij is the director of the ‘On Location Film Festival’ in Worthing, which shows films in site-specific locations relevant to the film. 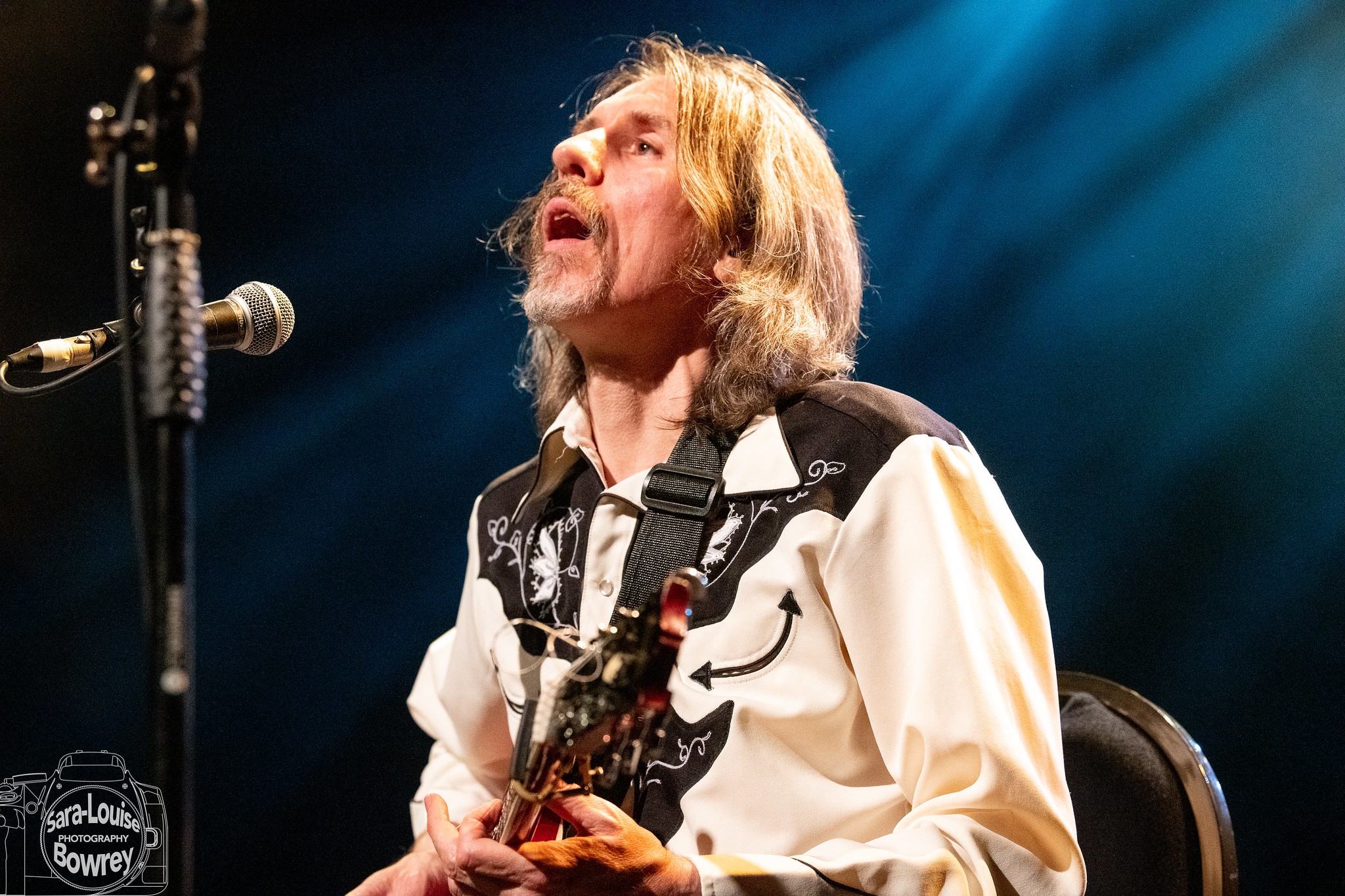 Fifty-two year old English vocalist, guitarist and songwriter Pete Fij is of Polish descent. His full name is Peter Jeremy Fijalkowski and he has used variants of his name in the different projects he has worked on – using the Polish spelling of his birth name Peter, Piotr Fijalkowski in Adorable and the shortened Pete Fij for his work with Terry Bickers. Thus tonight the headline act can be referenced as Pete Fij / Terry Bickers.

Brighton based fifty-five year old Londoner Terry Bickers is a guitarist and singer, who is best known for his work as the original and current lead guitarist with The House of Love and as the former frontman/guitarist for Levitation and Cradle. 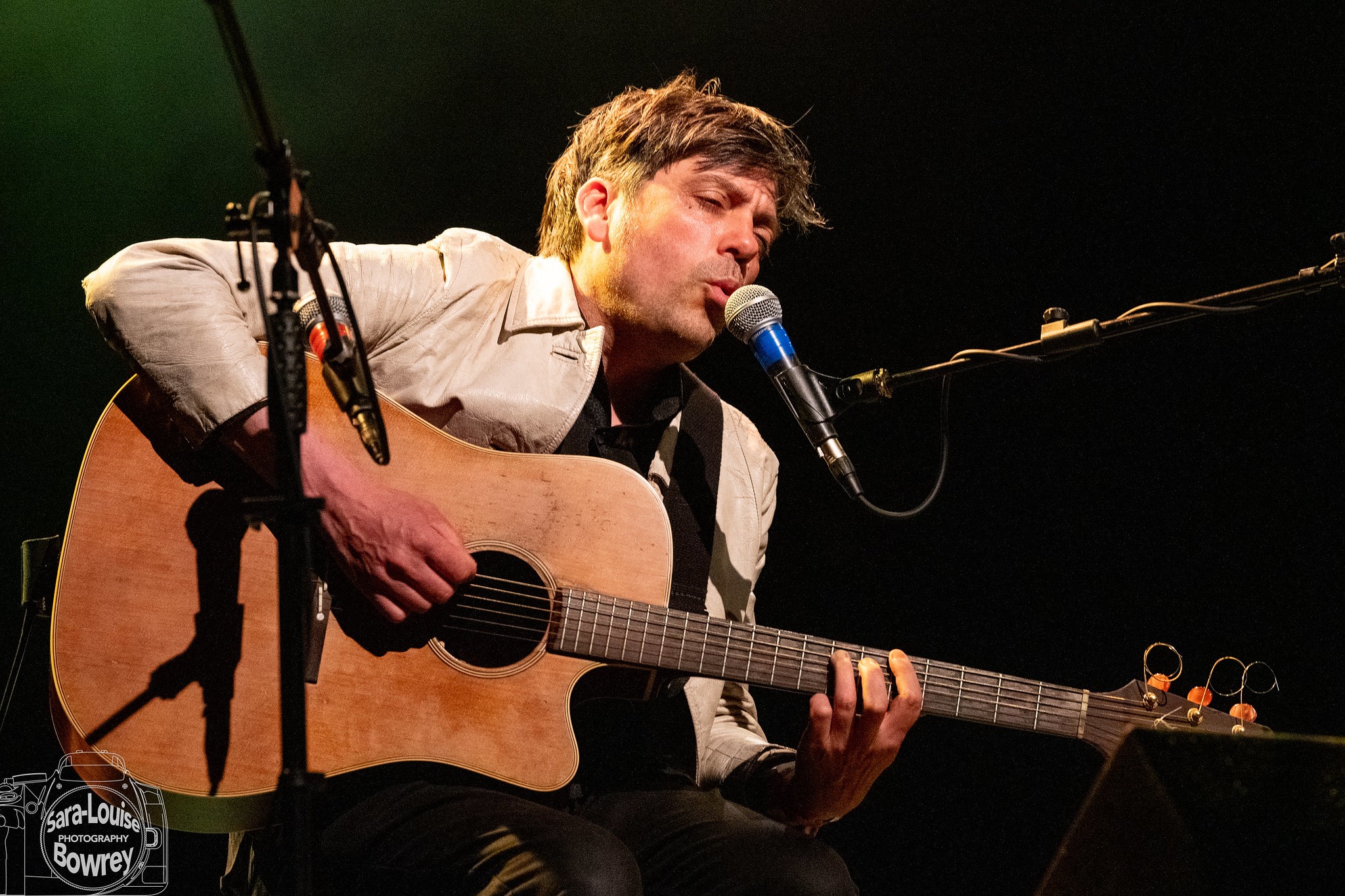 In 2009 the guys got together for a “stripped down” project with Fijalkowski on vocals and acoustic guitar and Bickers on electric guitar. Then after a Kickstarter campaign in late 2013, the guys combined to make “sweet miserable music” which has spread across two albums, the ten track ‘Broken Heart Surgery’ in July 2014 and the nine track ‘We Are Millionaires’ in July 2017, which has brought them widespread critical acclaim, gaining many ‘Album of The Year’ nominations.

After the buoyant sets from both Winter Gardens and CIEL, this Pete Fij / Terry Bickers performance was more of a sedate affair, where the music did the talking. At times not too dissimilar to a chilled out version of the tones and music of Damon Albarn’s Blur, Lou Reed and Richard Hawley, who I had previously witnessed live at the DLWP back on 3rd December 2016. If that’s your bag, then Richard Hawley will be back at the venue on Friday 3rd September 2021 – Tickets HERE. 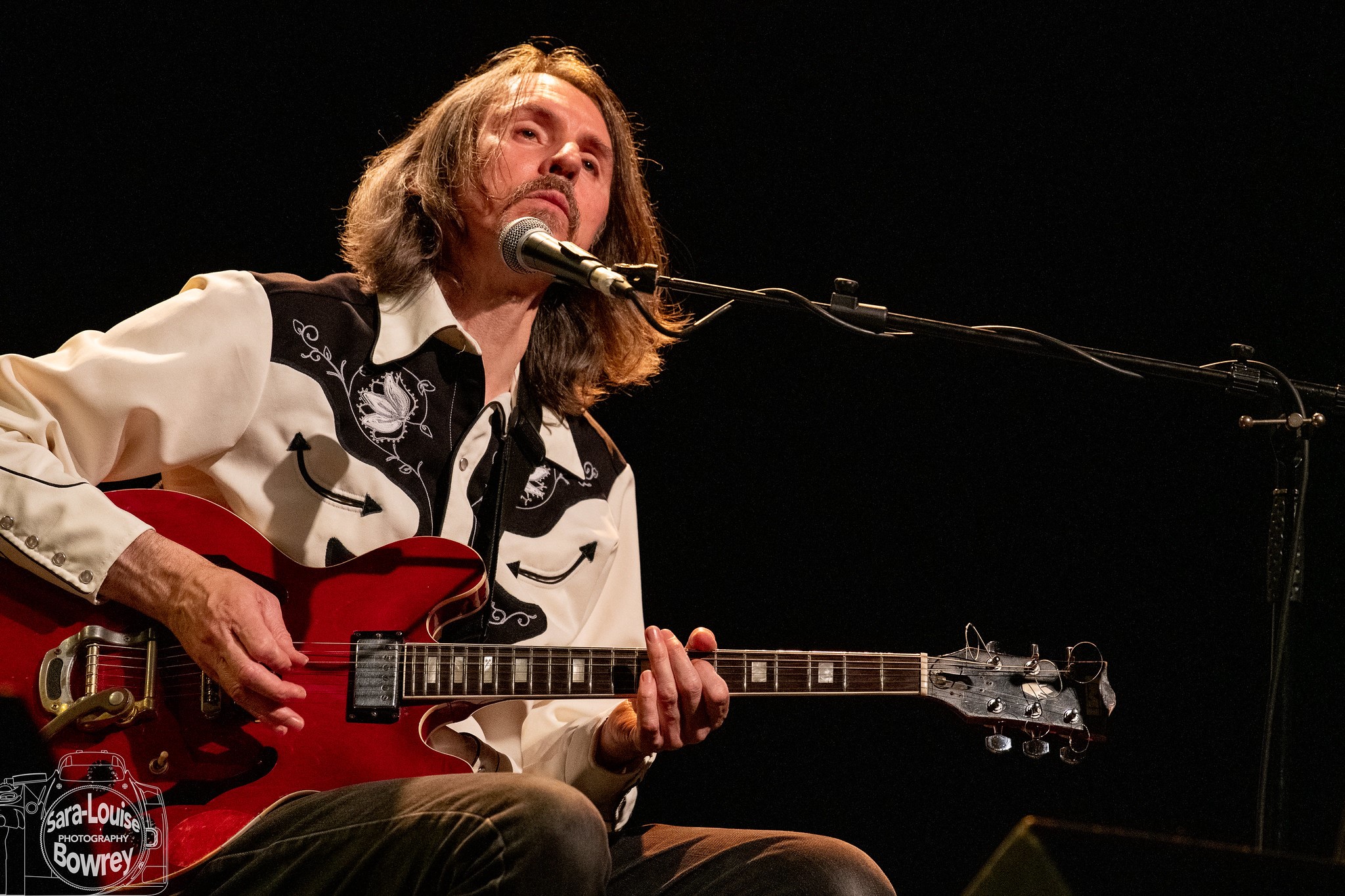 The pair who were seated side by side and clothed in similar light tops and dark trousers, whisked in harmony through their enjoyable set with ease and the punters (bar a small minority who left early) were sufficiently chilled in order to brace the seaside air outside on leaving the venue, and in our case a leisurely drive back home as there’s no ‘Match Of The Day’. About time for another album eh guys?