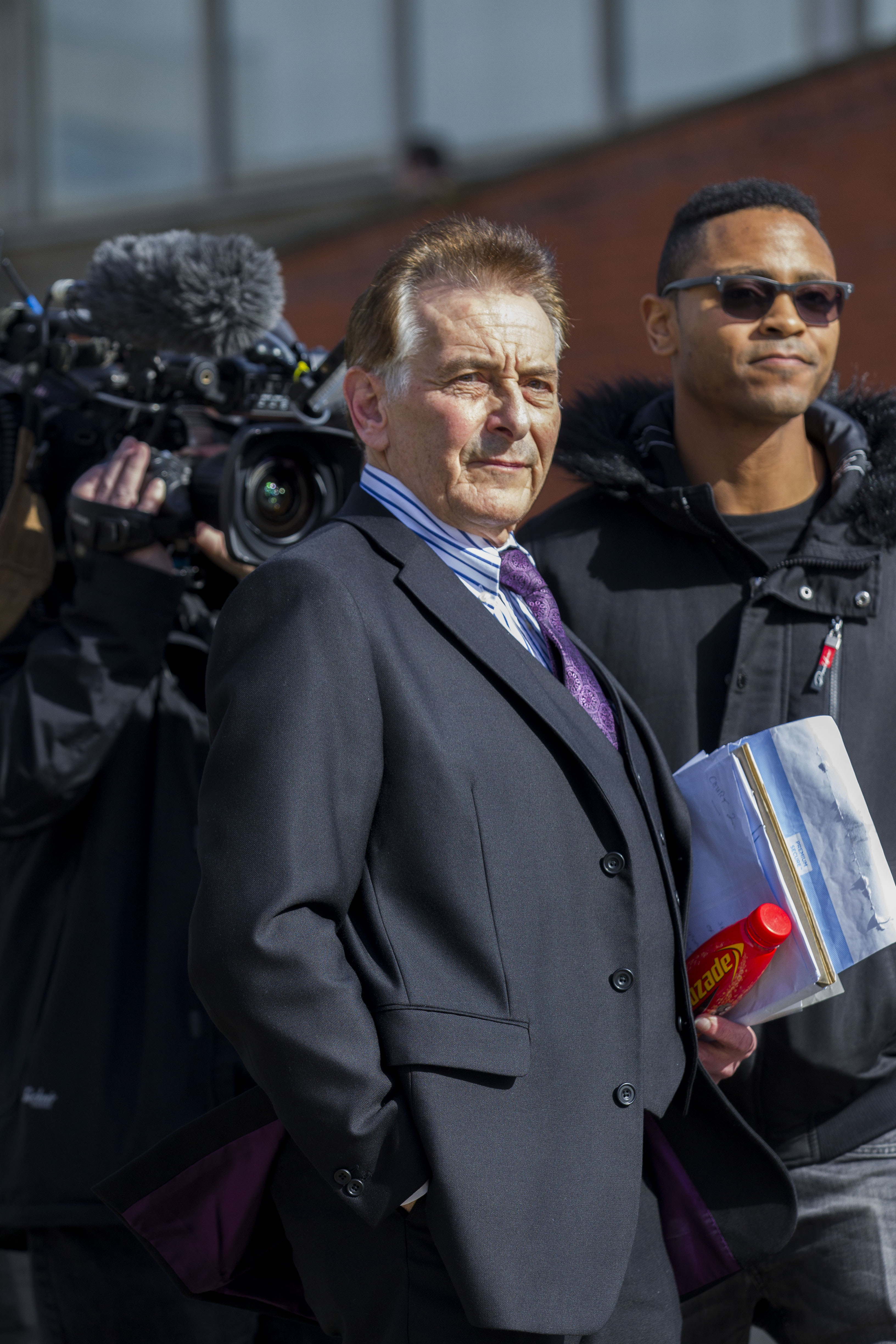 Nicholas van Hoogstraten, now known as Nicholas Adolf von Hessen, with one of his sons outside Brighton Magistrates Court in 2020
Pic by David McHugh / Brighton Pictures

Brighton and Hove News has won the right to name Nicholas van Hoogstraten’s son as the complainant in a police disciplinary case.

Alexander Hamilton complained to Sussex Police over his arrest in August, 2019 on suspicion of wheelclamping a vehicle in a car park owned by his company in The Drive, Hove.

Former PC James Breeds was today found guilty of gross misconduct for using unlawful force to enter Mr Hamilton’s offices and then use pepper spray to arrest him.

Before the hearing began, Mr Hamilton had requested a reporting restriction banning the publication of his name, on the basis it could damage his reputation.

But Brighton and Hove News objected, saying this reason was not enough to justify overriding the importance of openness and transparency in proceedings.

After hearing our representation, the legally qualified chair of the panel turned his request down, citing the importance of transparency in maintaining public confidence in the disciplinary process.

Ogheneruona Iguyovwe said: “The reason for decision is that the norm is for openness and transpacay of these hearing and there’s a need for us to retain the confidence of the public in these proceedings.

“This is a public hearing, which means the media can attend. If we restrict aspects of the hearing that goes to the question of transparency of proceedings.

“We should only depart from those norms in exceptional circumstances and we are not satisfied that this request has met those.

“Whilst there’s sympathy for complainants in these kinds of proceedings, there’s a background to this case and there’s already a mass of members of the public knowing about these proceedings.

“Given the information that already exists in this case and that members of the public are already aware of the places and locations that are involved, it would not be very difficult for anyone to identify the complainant.

“The net effect of that would be having to restrict much more and impose a larger restriction on reporting this case than we would like.

“We could not grant the complainant’s request.

“The reasons he put forward were not reasons given in the relevant Home Office guidance.

“I regret that causes him any discomfort but we need to balance the needs of the public to have confidence in the disciplinary process.”

Nicholas von Hoogstraten is well known in Brighton as a notorious slum landlord who started to build his property empire around Sussex in the 1960s.

In 1999, one of his business partners Mohammed Raja was killed by two thugs Hoogstraten had hired. He was convicted Raja’s manslaughter in 2002 and sentenced to ten years, but this conviction was quashed and he was acquitted at a retrial and freed from prison, having spent a year behind bars.

However, in 2005, Raja’s family successfully sued Hoogstraten and were awarded £6 million by Mr Justice Lightman, who found on the balance of probabilities “the recruitment of the two thugs was for the purpose of murdering Mr Raja and not merely frightening or hurting him.”

He subsequently vowed the family would not receive a penny, and put all his UK property into his children’s names, including the Courtlands Hotel in Hove.

He then moved to Zimbabwe where he became a close associate of its dictator president Robert Mugabe.