Builder rescued from roof after fainting 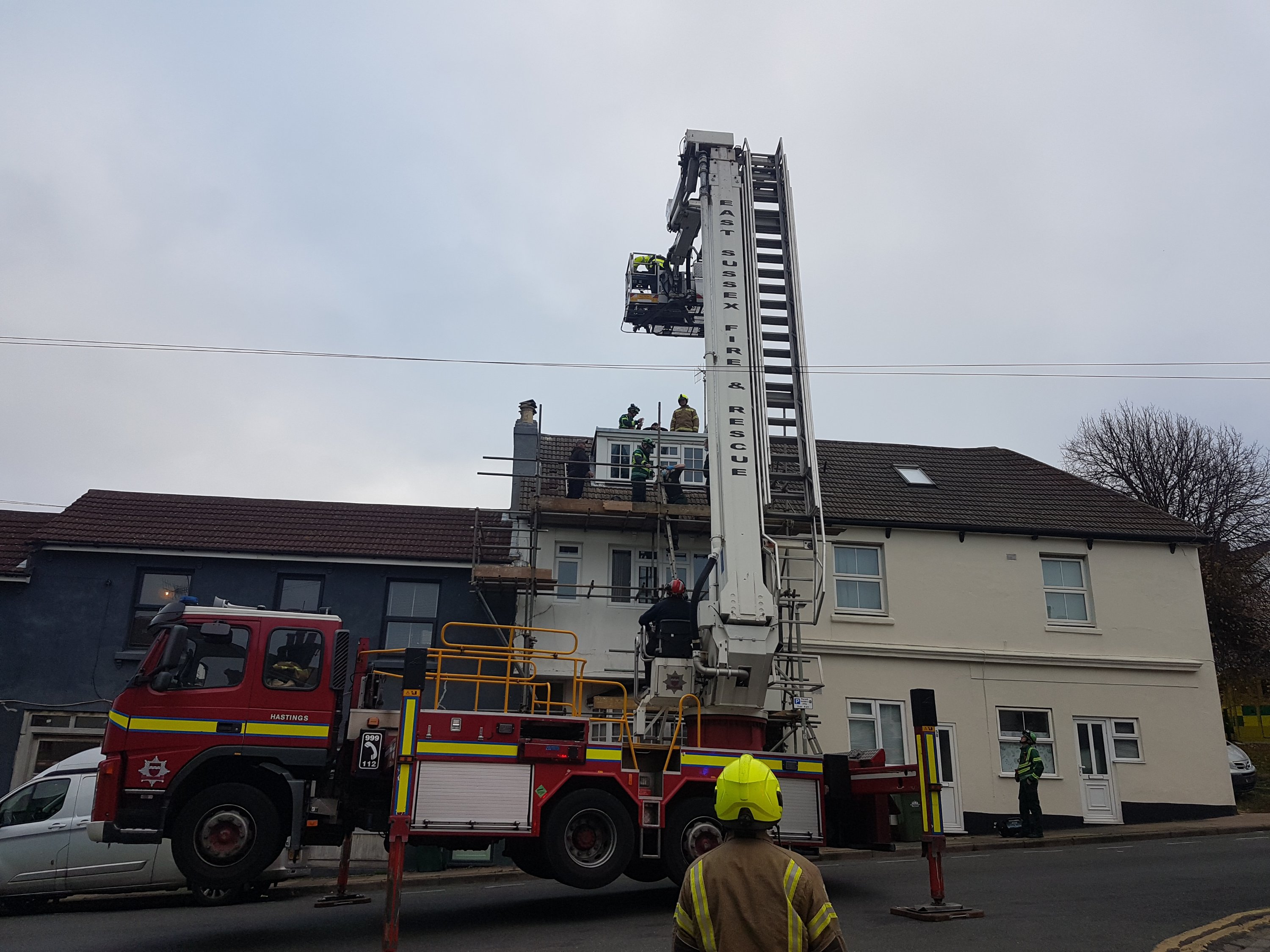 A builder was rescued from the roof of a Brighton house by paramedics and firefighters yesterday after fainting.

The young man was working on a house in Islingword Road when the incident happened at about 2pm yesterday.

Paramedics scaled scaffolding to reach him on the top of the two-storey house, where he was resting on top of a dormer window in its loft conversion.

Neighbour Kathryn Jolly said: “I watched it all from my window … in total panic. The other builders had to stop him from falling.

“The paramedics were amazing – three of them climbed the scaffolding, even though one of them didn’t like heights.

“They were unable to move him, hence the fire brigade was called in.

“The ambulance service should be given a medal.”

A spokesman for South East Coast Ambulance Service said: “Ambulance crews including our Hazardous Area Response Team attended the scene following reports of a man in need of medical attention.

“He was assessed at the scene after being brought to safety but declined further hospital treatment.”