A licensing review has been put back a fortnight at the request of the owner of a Brighton pizza parlour where high levels of cocaine were found. 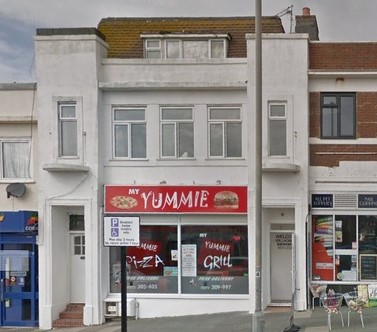 Khaled Mohamed, 53, who runs My Yummie Pizza, in Longridge Avenue, Saltdean, was due to answer questions from a panel of three councillors this morning (Friday 26 November).

The review of My Yummie Pizza’s late refreshment licence was requested by Sussex Police after high levels of cocaine were found on several surfaces at the takeaway’s premises.

The force also said that there were concerns after a fight at the premises and other complaints about disturbances and anti-social behaviour.

And it added that the way that My Yummie Pizza operated its security cameras broke the conditions of its licence, which currently permitted the business to trade after 11pm.

The police asked Brighton and Hove City Council to review the licence, with a view to revoking it, meaning that the business would have to close no later than 11pm.

Yet earlier this year Mr Mohamed had applied to the council to be allowed to trade even later.

A council licensing panel refused permission because of problems linked to noise and behaviour at the premises.

And this morning, a licensing panel of three councillors were told that Mr Mohamed wanted to delay the review hearing. The police did not object.

Green councillor Lizzie Deane, who chaired the brief hearing, said: “He would be very willing to attend at least part of this hearing but has been called away on an urgent appointment.

“We have decided that it would be in the public interest and in the interests of natural justice that we adjourn the hearing until (Friday) 10 December so that Mr Mohamed has the opportunity to present his case.”