“Recognise your age it’s……” the Sweet 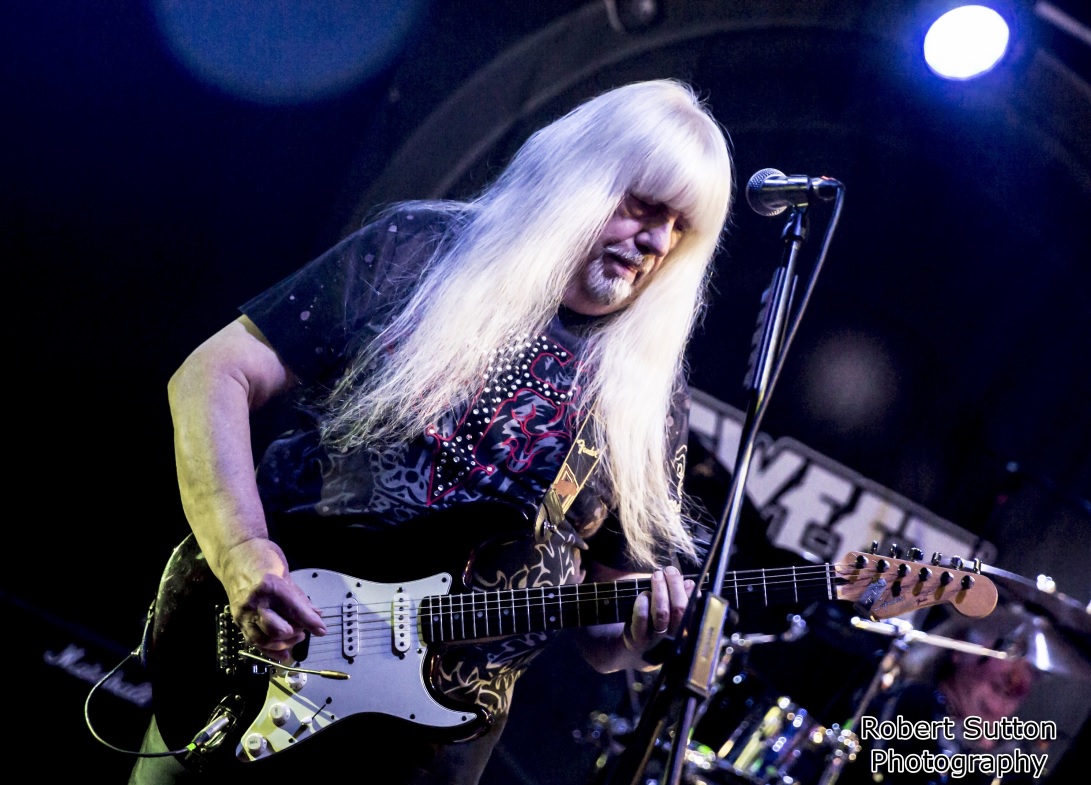 Legendary 70’s glam rock icons Sweet this evening began their 16-date nationwide tour here in Brighton at the CHALK music venue. They will also be dropping in at the iconic De La Warr Pavilion in Bexhill-on-Sea on 4th December. Tickets for that concert are available HERE. 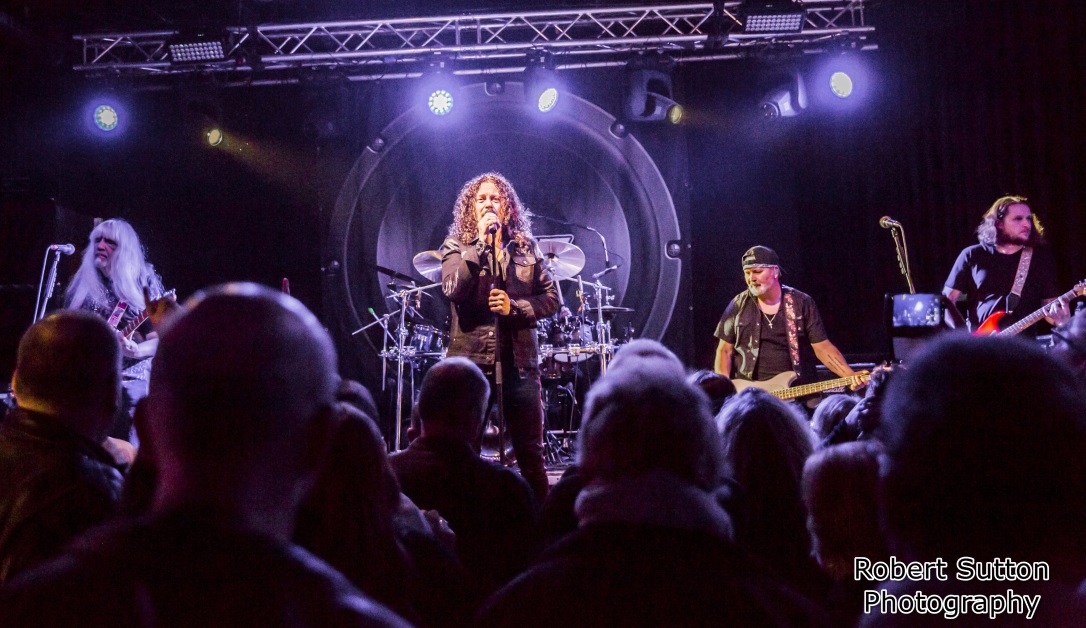 Sweet were one of my favourite bands when growing up in the early 70’s. I loved the whole Glam Rock thing that was going down then. Sweet were arguably the hottest ticket in town with a string of top ten records in the UK and Europe including ‘Blockbuster’, ‘Hellraiser’, ‘The Ballroom Blitz’, ‘Teenage Rampage’, ‘Fox On The Run’ and ‘The Sixteens’. 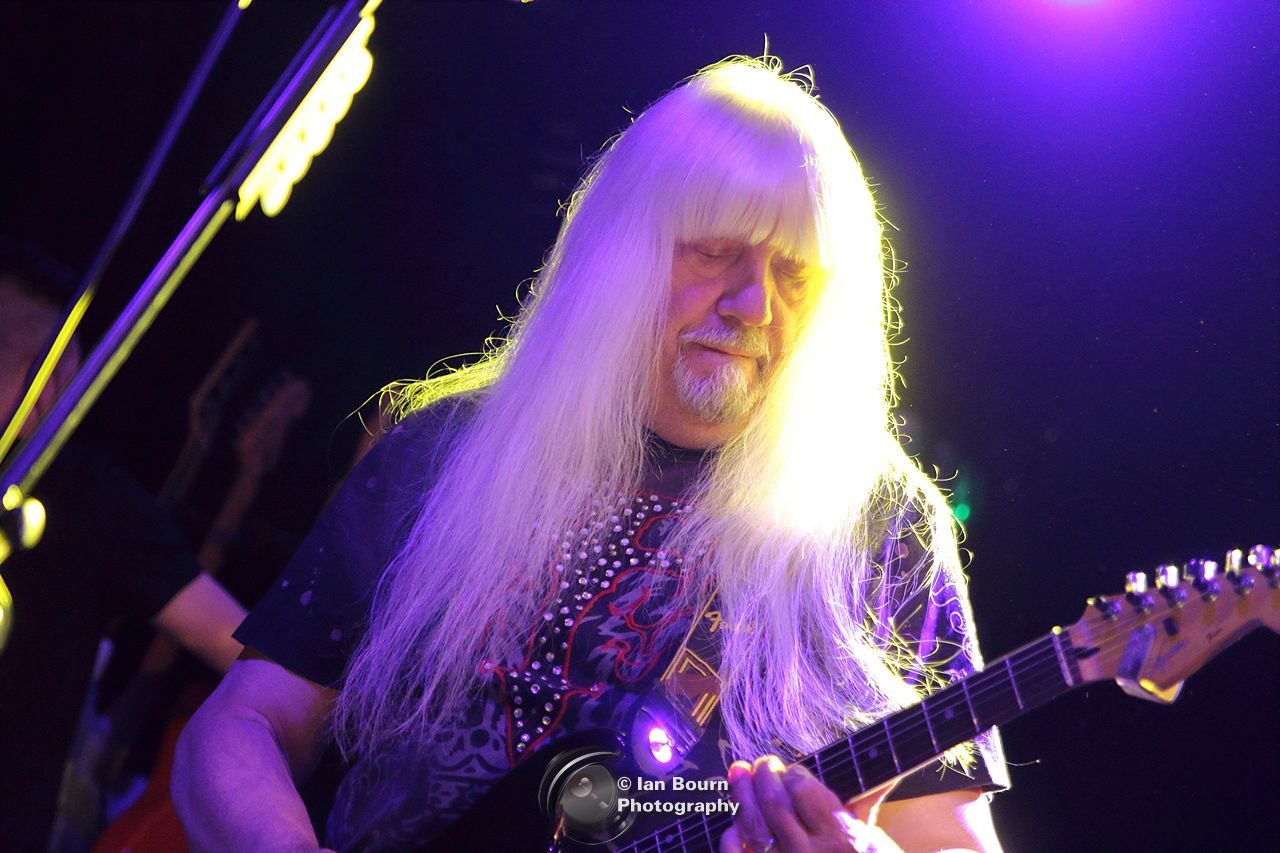 The first half of the 1970’s was a fabulous time with acts such as T. Rex, David Bowie, Wizzard, Suzi Quatro, Slade and dare I mention Gary Glitter and his Glitter Band. Glam Rock was a passing fad or phase and several acts gravitated towards the image for a year or so, before being whisked off somewhere else, such as hard rock or rock ‘n’ roll. I don’t really think that there was an overall ‘total unified glam sound’ (unlike say punk), it was a style. So you would end up with other acts being arguably considered as glam, when in fact they were just dipping their toes in. For instance, Mud, Alvin Stardust and Showadddywaddy. To me Sweet WERE glam rock! 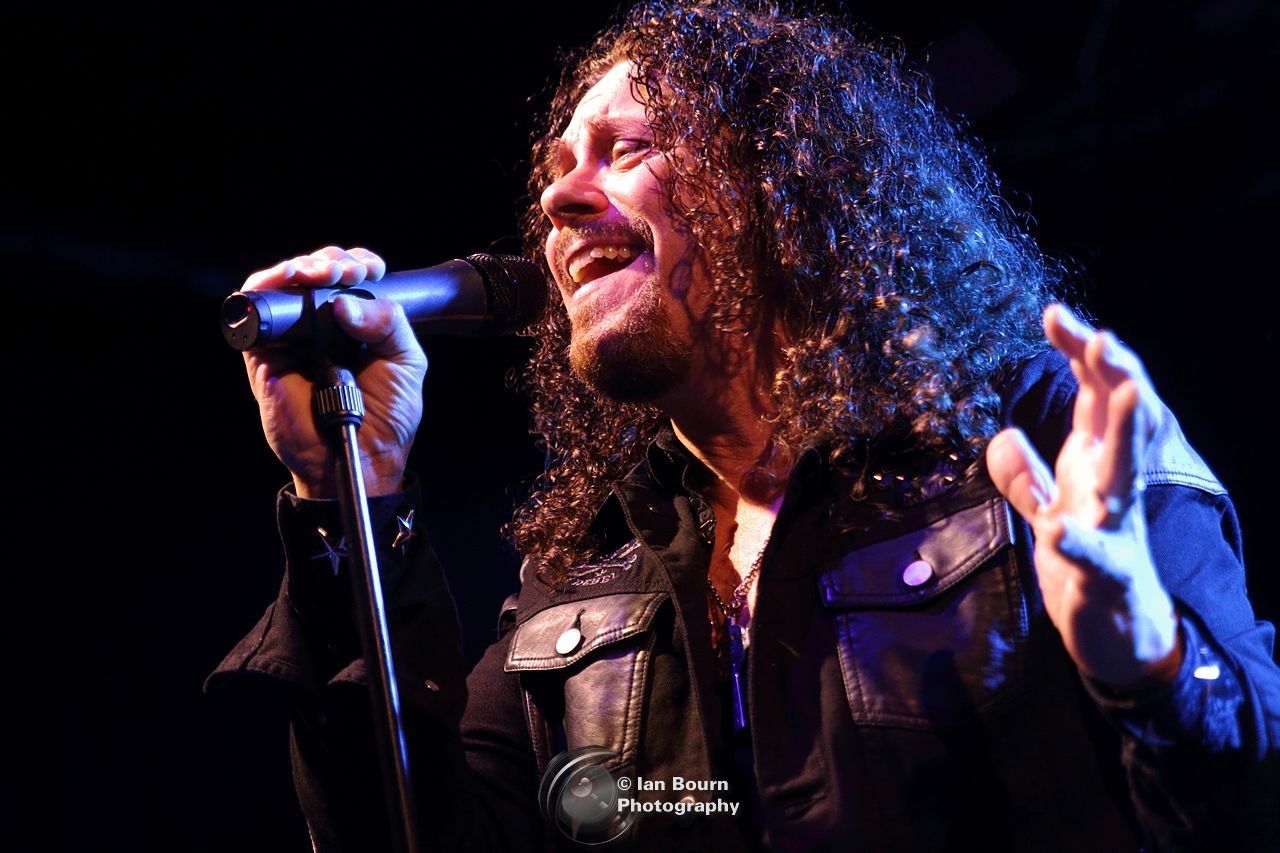 But here we are virtually 50 years on and there’s still a buzz about ‘Glam Rock’, from those that were there and those who are just curious. The proof in the pudding is the fact that there are so many souls here this evening. Yes a majority of those present are aged 50+, but during these tricky covid testing times, many have voted with their feet and made their way here. 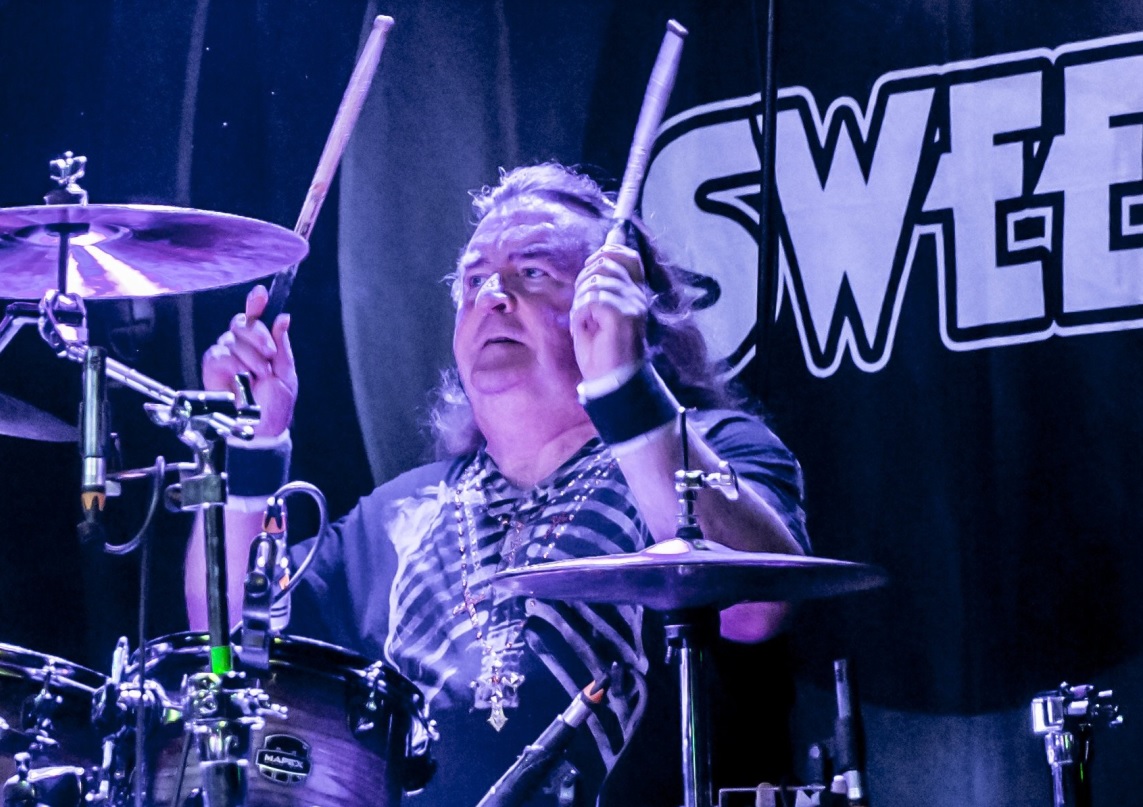 For those of you that aren’t aware, there’s just one original living member of the famous Sweet lineup and that is 72 year old Wrexham born lead guitarist Andy Scott, who is here this evening with us. The original Scottish born lead singer, Brian Connolly, (who left the outfit in 1979) passed away at the tender age of just 51 back in 1997. This was due to kidney failure, liver failure and repeated heart attacks. Mick Tucker, who was the band’s drummer, died of leukaemia in 2002. He was just 54 years old. Sweet bassist, Steve Priest, relocated to the USA and had his own version of the band up until his death last year at the age of 72. 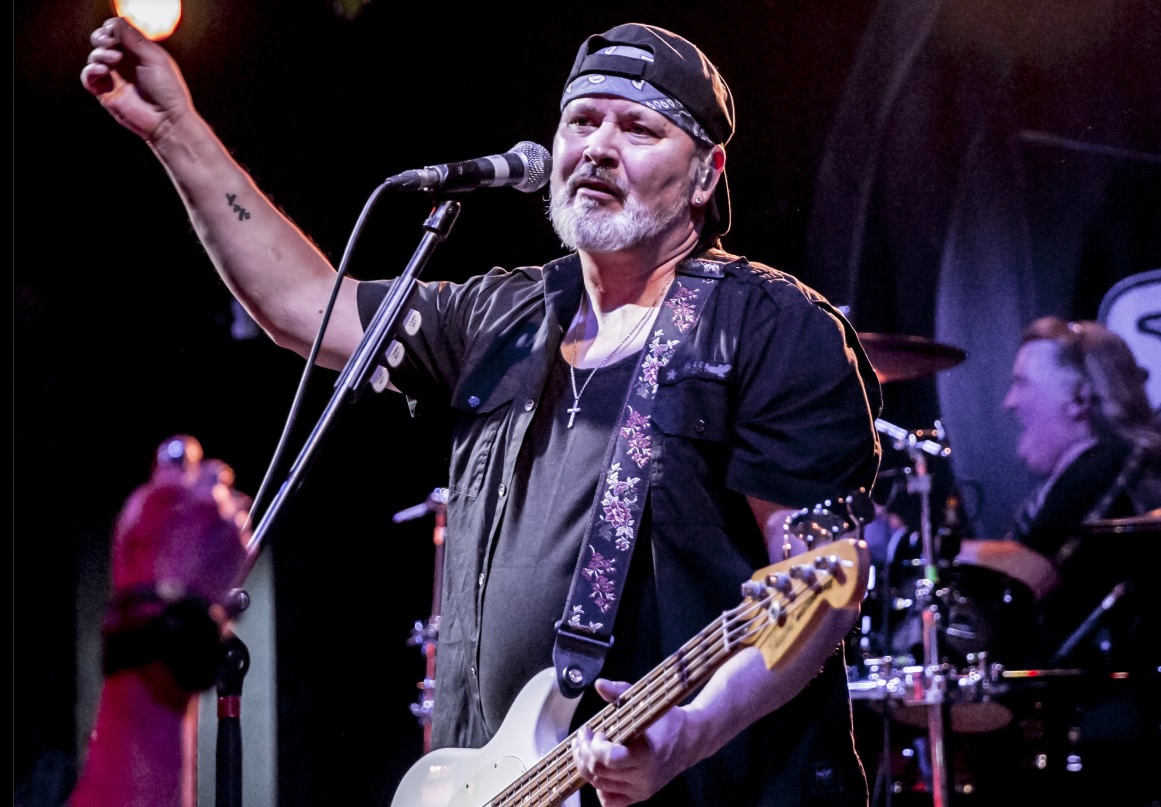 Tonight was my second live encounter with Andy Scott’s Sweet, having previously seen them and enjoyed them, on 21st December 2019 at the De La Warr Pavilion. That night they were supported by 4-piece Bath rockers Novatines, who formed in the winter of 2017 and recorded their debut album with Andy Scott at Peter Gabriel’s Real World Studios. The Novatines personnel included Tom Cory on vocals and lead guitar and this evening he has also been drafted into the Sweet for the tour to play Fender guitar and Korg M3 synth. 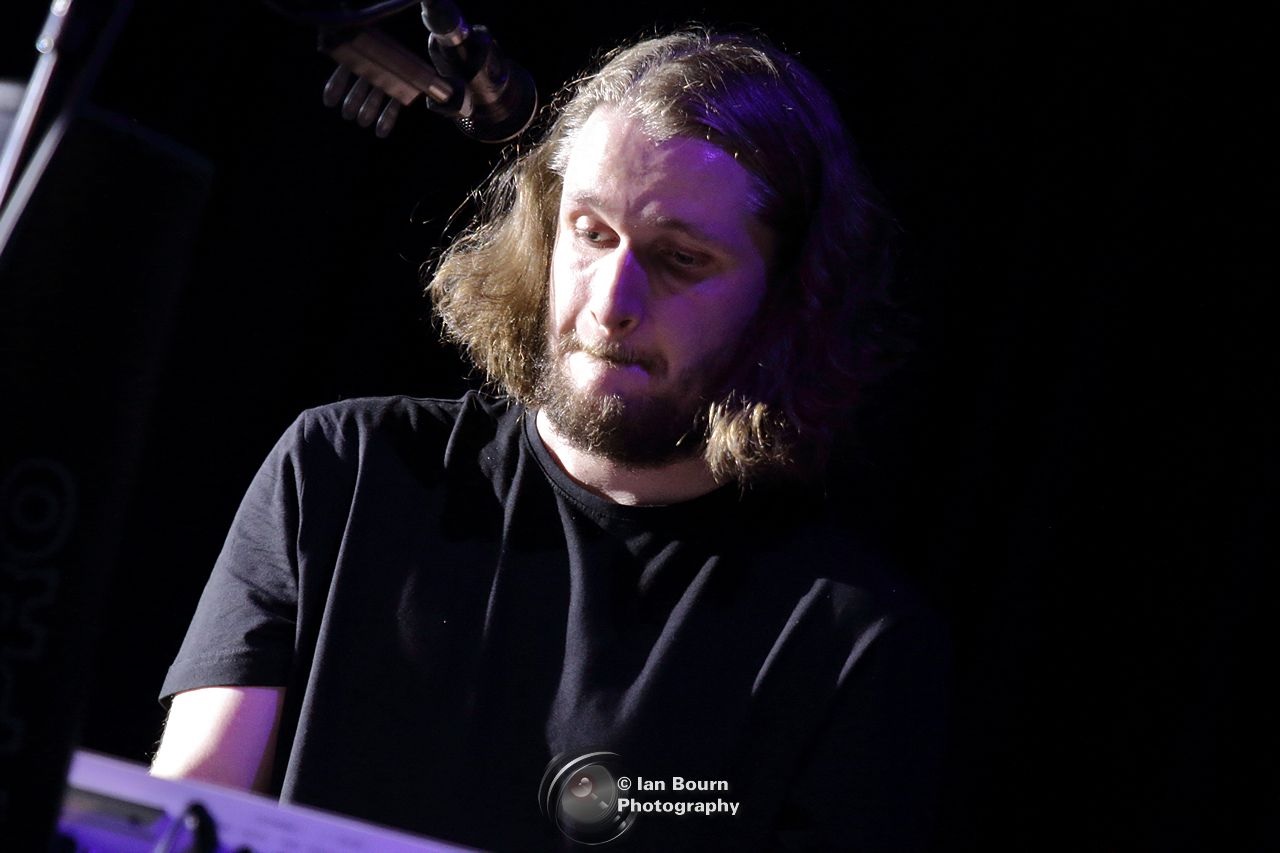 The remaining trio of current Sweet band members are drummer and backing vocalist Bruce Bisland who has been in the band since 1992; bassist Lee Small, who joined the band in 2019; and lead vocalist Paul Manzi, who also came on board in 2019. 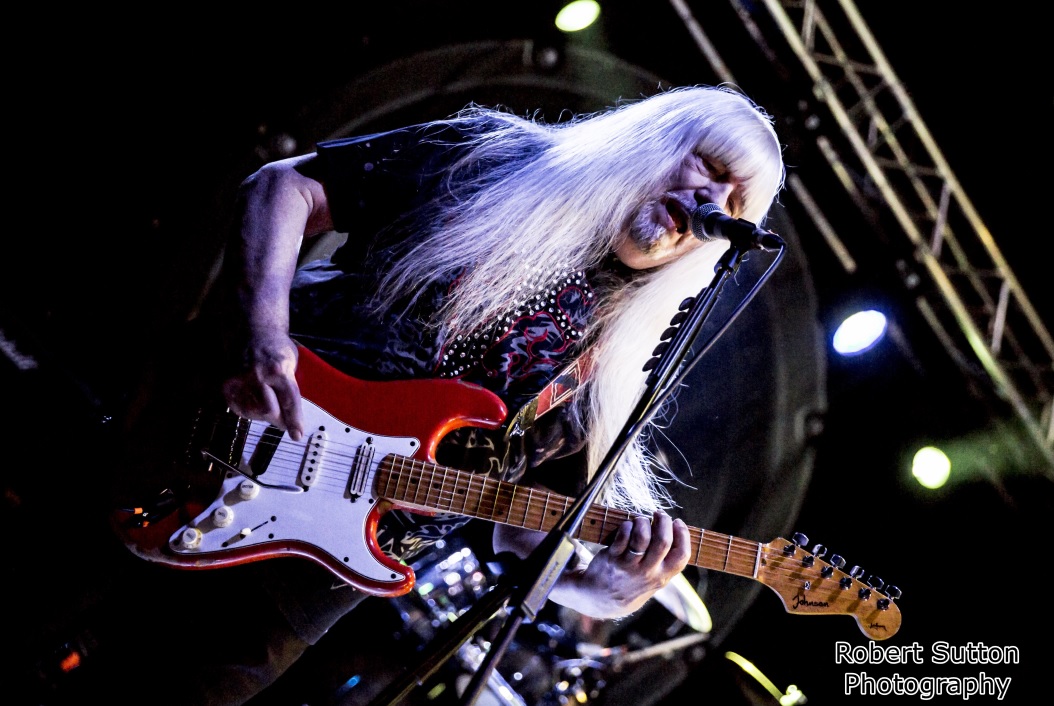 CHALK is nicely packed as the lights go down at 8pm and chants of “We want Sweet, We want Sweet” fill the air. The intro tape is playing and on stroll the quintet all dressed in black for this 88 minute performance. They take up their positions with Andy Scott on our left of the stage (which is stage right), on his left is Paul Manzi (at the centre of the stage), to his left is Lee Small, and to his left (far stage left) is Tom Cory. Behind the front quartet as ever is Bruce Bisland seated on a raised platform with his drum set. 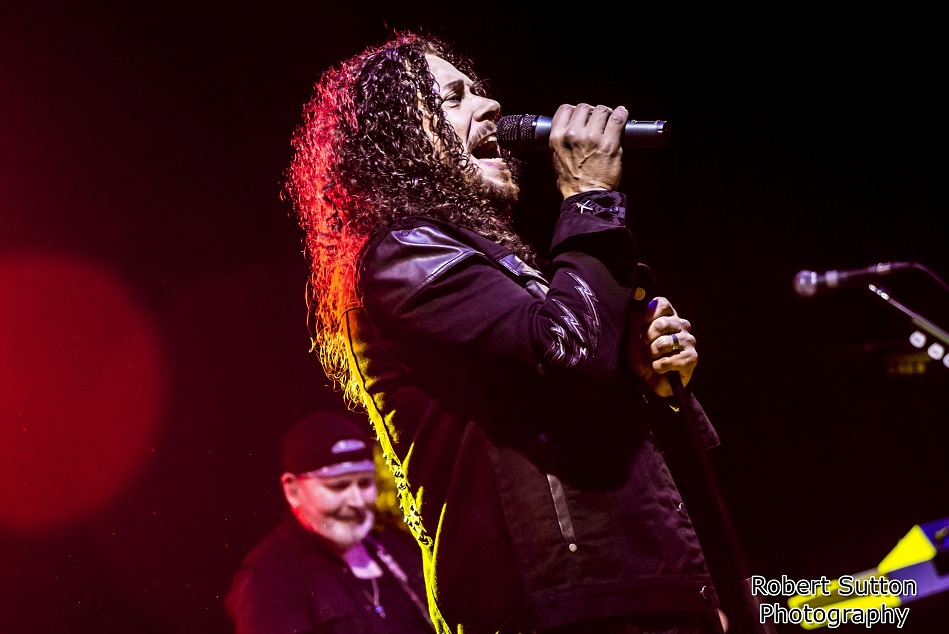 They started off with ‘Action’ which was greatly received. This was followed by another glam hit ‘New York Groove’, which I remember as a 1975 hit by north London’s Hello, which had followed the brilliant ‘Tell Him’ single from the year before. Both these first two numbers went down very well. The hard rock ‘Burn On The Flame’ followed, which isn’t really my thing. I would simply prefer all of the glam rock hits. Let’s see if we get them….. 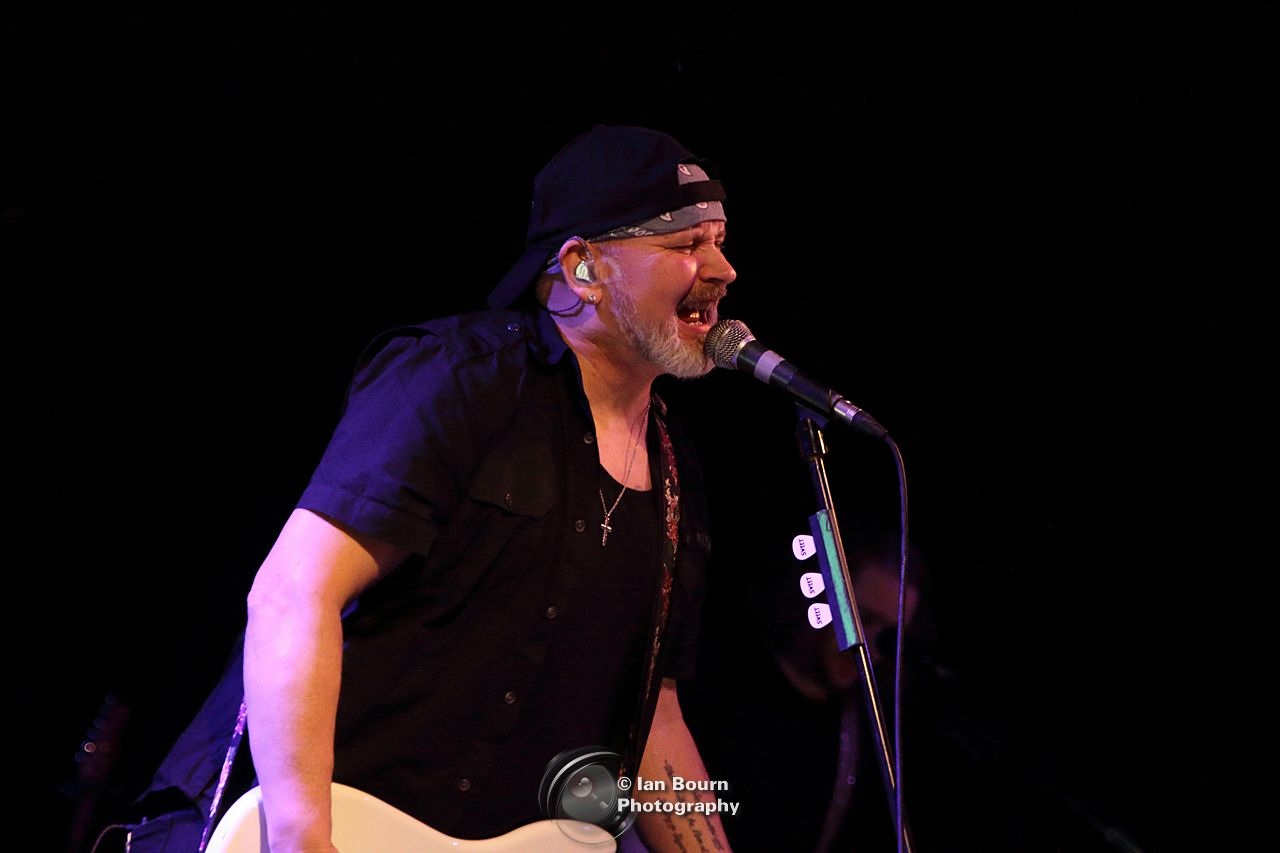 ‘Hell Raiser’ followed, so that was a great sign. Another hit lingered in the form of ‘The Six Teens’, which was great. Recent album frack ‘Defender’ followed. ‘Windy City’ was given an outing, as was the metal ‘Set Me Free’, during which Andy took a tin can to his guitar strings and moved it up and down. After this was a tune called ‘Everything’, which Andy kicked off by playing his guitar in a manner that produced sounds similar to whale song. This built into another heavy rock number. Those last four compositions spelled a big mid-set lull for me. I would have been happier with a trio of hit singles ‘Alexander Graham Bell’, ‘Co-Co’ and ‘Poppa Joe’. 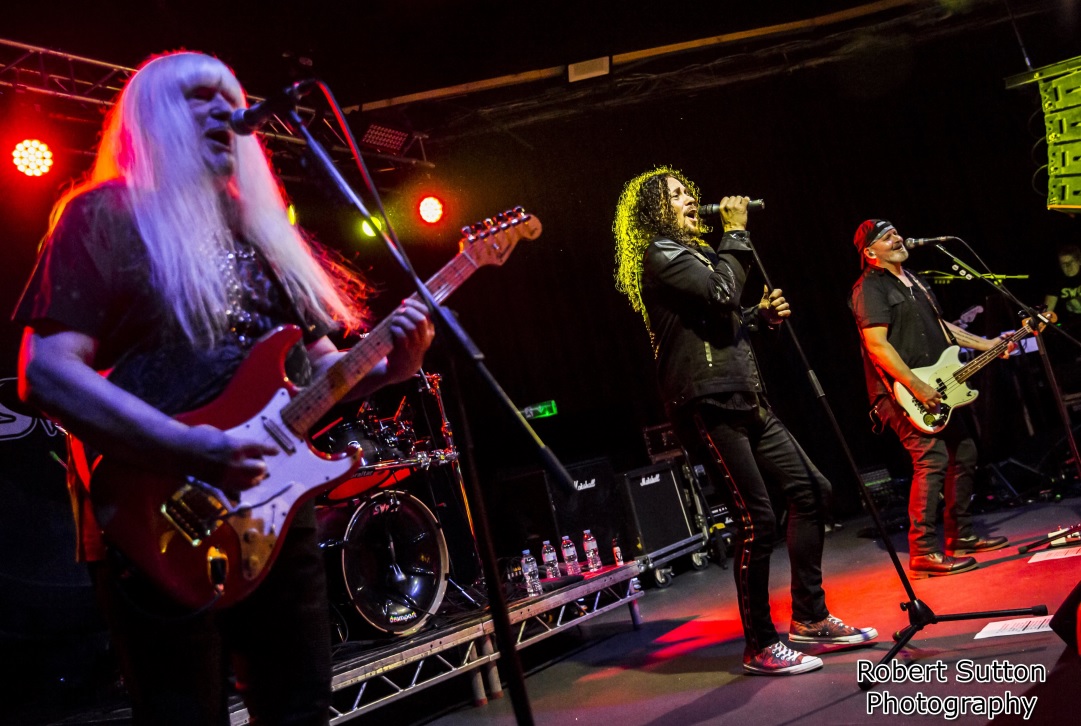 The band encouraged the audience to shout out “We want Sweet, We want Sweet” and we were rewarded with the arrival of the fab ‘Teenage Rampage’ and for the following number ‘Wig-Wam Bam’ which segued straight into ‘Little Willy’ and everybody was up for it. 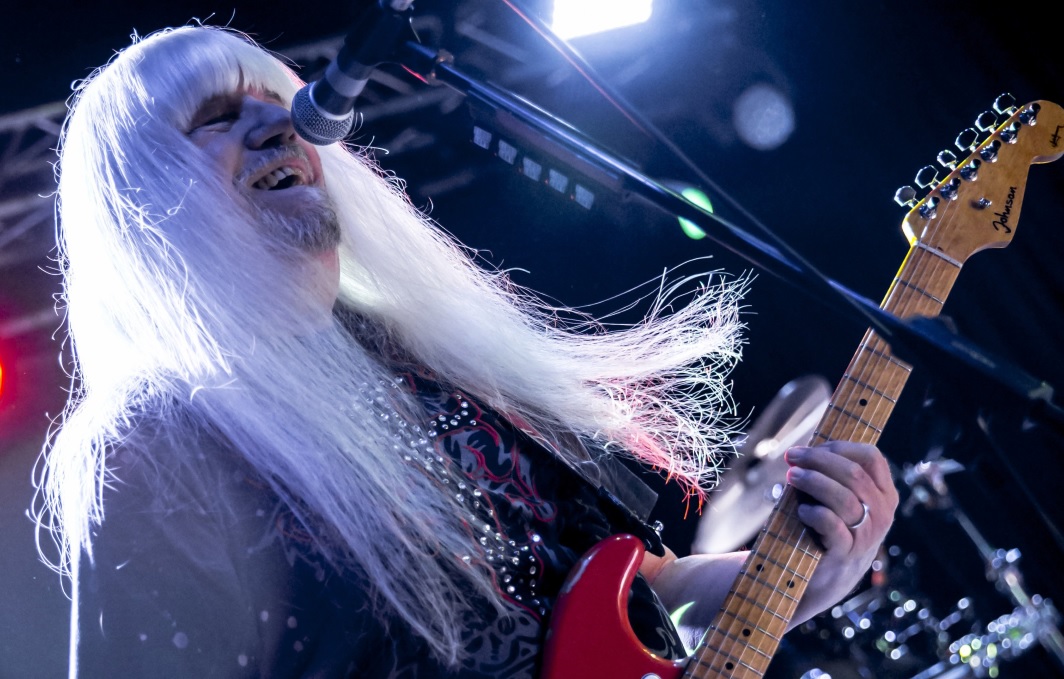 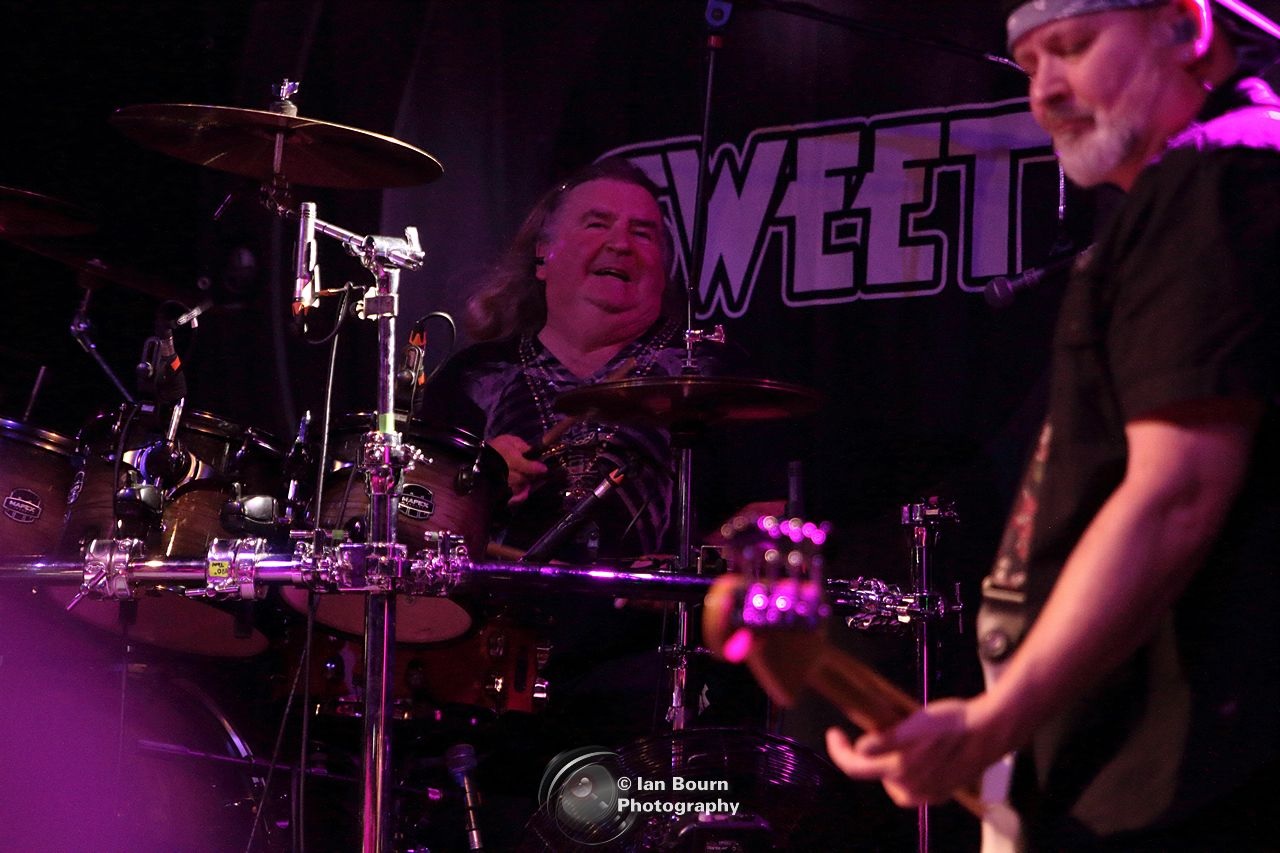 After the band introductions, it was time for ‘Fox On The Run’, which was another enjoyable tune. They then briefly vacated the stage and then a siren sounded. It could only signal one thing in the Sweet world…….‘Blockbuster’.…. “You better beware,
You better take care, You better watch out if you’ve got long black hair….’. This is a timeless classic track that I NEVER get bored of hearing! And this was followed by another one, in the form of ‘The Ballroom Blitz’……”Are you ready Steve? Uh-huh,
Andy? Yeah, Mick? Okay, Alright fellas, let’s go!”….and go we did, at 9:28pm when the performance finished. 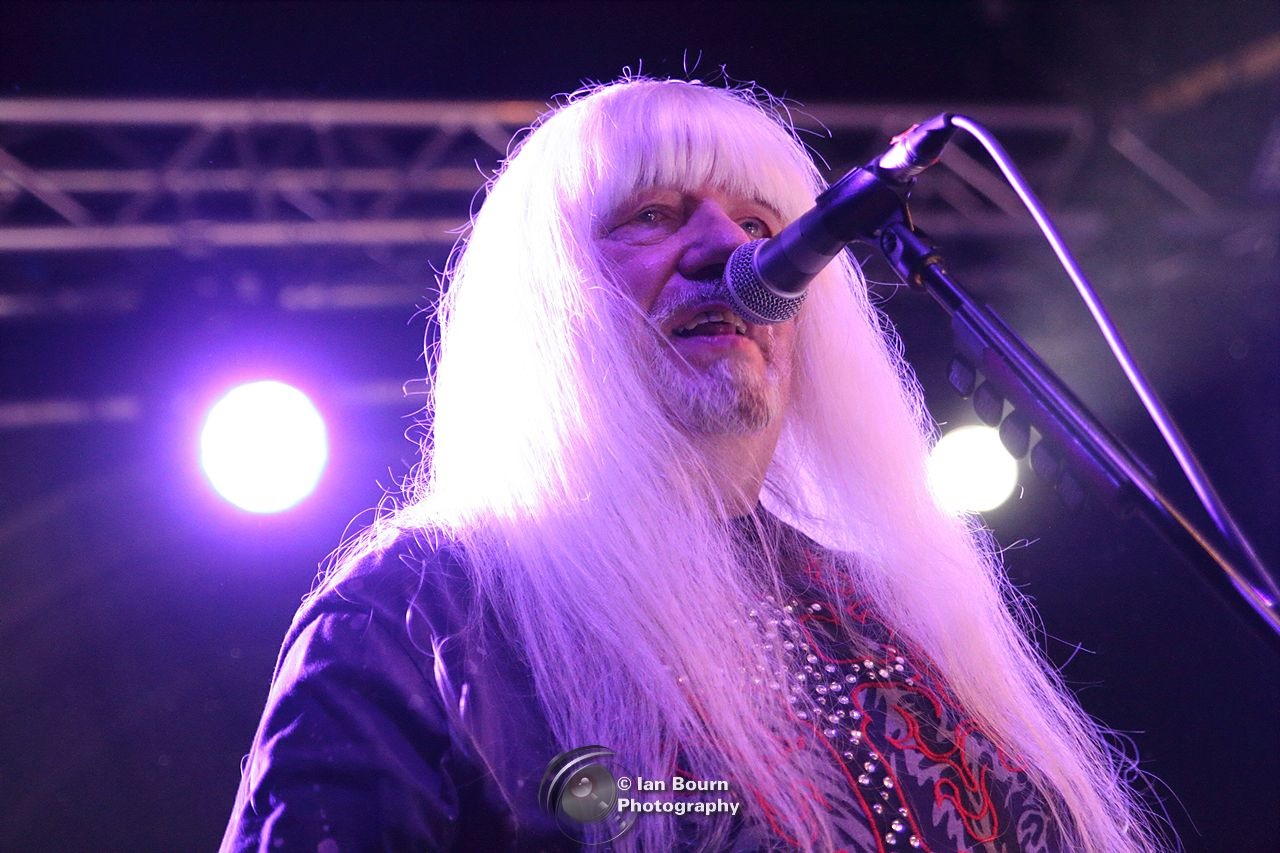 My colleague wasn’t really sure what to expect from this evening, having never seen Sweet before and being too young for the first time around, but I can assure you he was buzzing all the way home. There’s a new fan then! 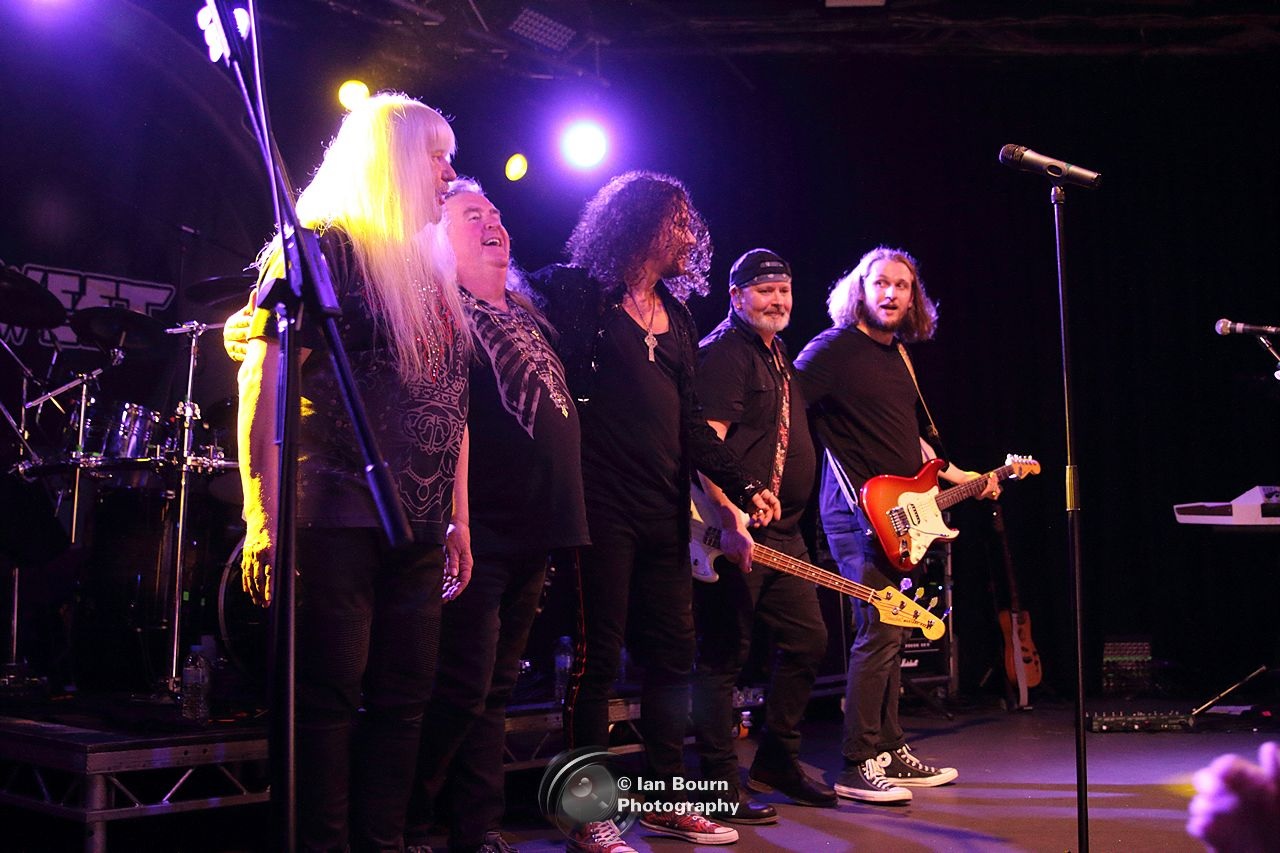 More on The Sweet at thesweet.com 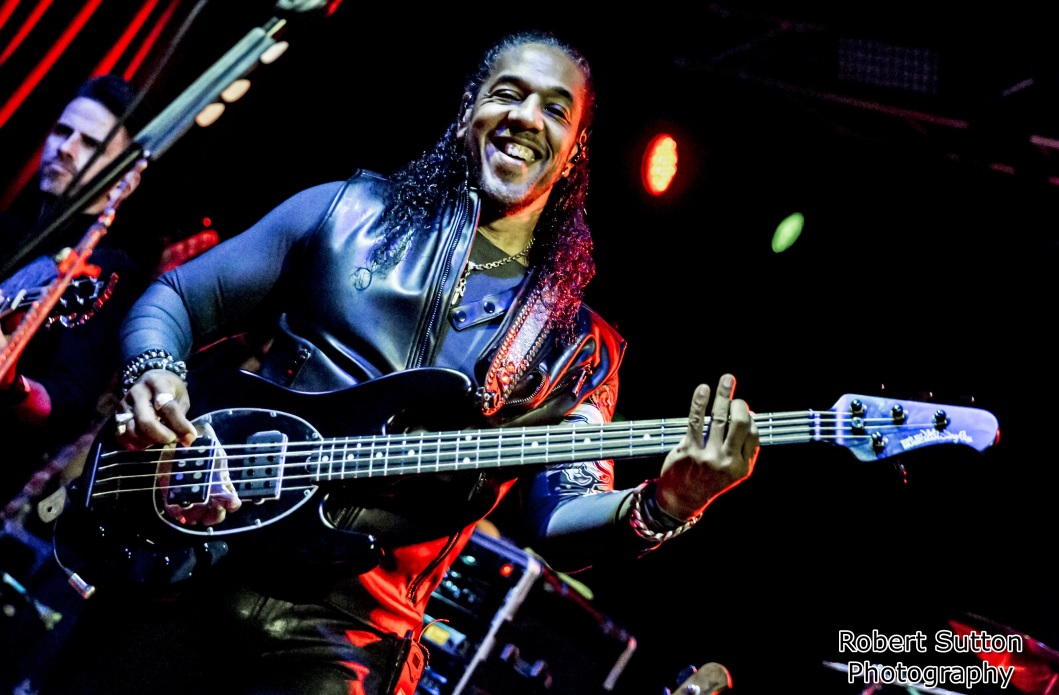 To kick us off tonight, were a Thin Lizzy tribute band going under the name of Limehouse Lizzy who have been continuing to keep the spirit of Celtic rock icon Philip Lynott and his band Thin Lizzy alive for the past three decades!. They are certainly exploiting a gap in the tributes market, as obviously the originals no longer exist.

Their 40 minute set commenced at the ridiculously early 6:44pm. No wonder the venue is partly full at kick off. The four guys are all clad in black, with the vocalist also taking up bass guitar duties. He is joined by a drummer who prefers wearing just socks on his feet for the duration, and two guitarists. 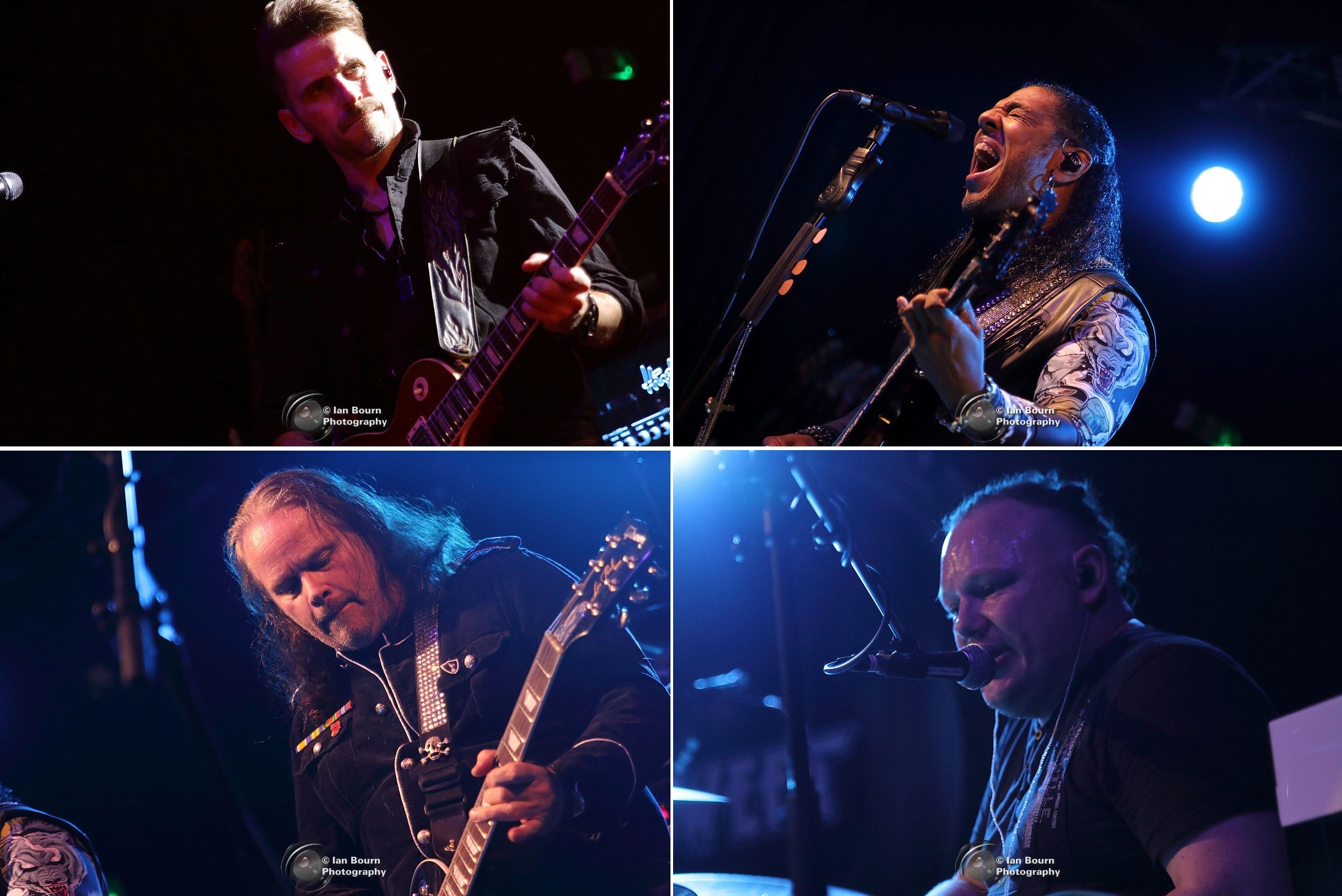 As you would expect, tonight’s audience consists of mature people and most of these were out to have a great time. Limehouse Lizzy were certainly trying to make this easier for the punters present as they were certainly trying to get the rock stadium vibe going with the use of two Fog Fury Jett Pro (fog and effect machines) on either side of the expansive stage, which is around 3ft 6” high.

After the intro, they kicked off with four songs in a row. ‘Jailbreak’, which segued into ‘Waiting For An Alibi’, which went right into ‘Do Anything You Want To’, which concluded with ‘Don’t Believe A Word’. ‘Dancing In The Moonlight’ was up next and that went into the popular ‘Rosalie’, which got the loudest roar of appreciation yet. 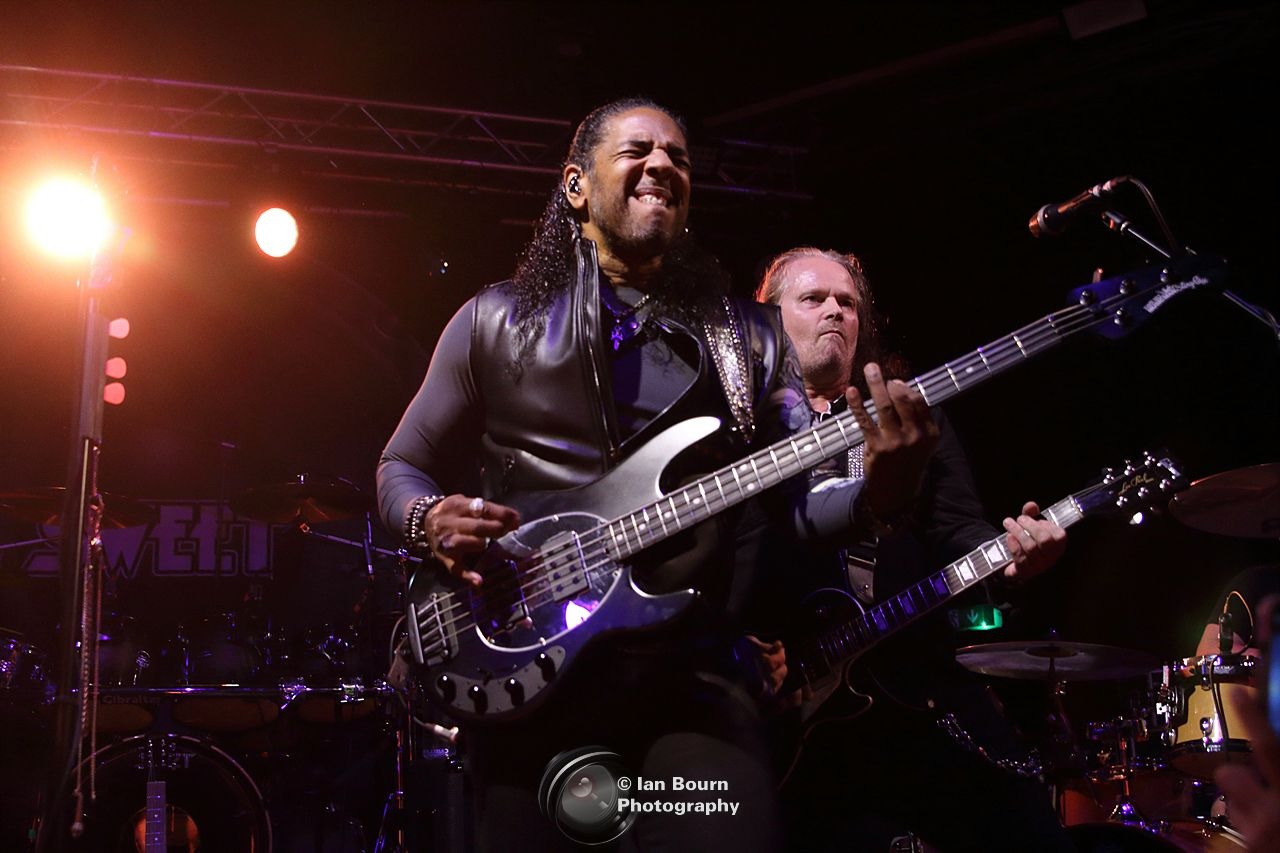 They then gave a Gary Moore tribute by featuring James Roberts on lead guitar and shared lead vocals on ‘Out In The Fields’. ‘The Boys Are Back In Town’ followed which is arguably the most famous Thin Lizzy tune and in my opinion the best. Their main set ended at 7:18pm and I swear the screams at the end were almost defining, thus an encore tune was to be had in the form of ‘Whisky In The Jar’. They walked off at 7:24pm.

If you enjoyed their performance and would like to enjoy a longer set, then you can do no worse that heading off to Ropetackle Arts Centre at Little High Street, Shoreham-by-Sea, West Sussex, BN43 5EG on 11th February 2022 and the band will be performing a headlining concert. Purchase your tickets HERE. This concert was rescheduled from 16th April 2021due to covid. Their previous show at the venue back in 2019, was a sold out event! So rockers you had better grab those tickets sooner rather than later! 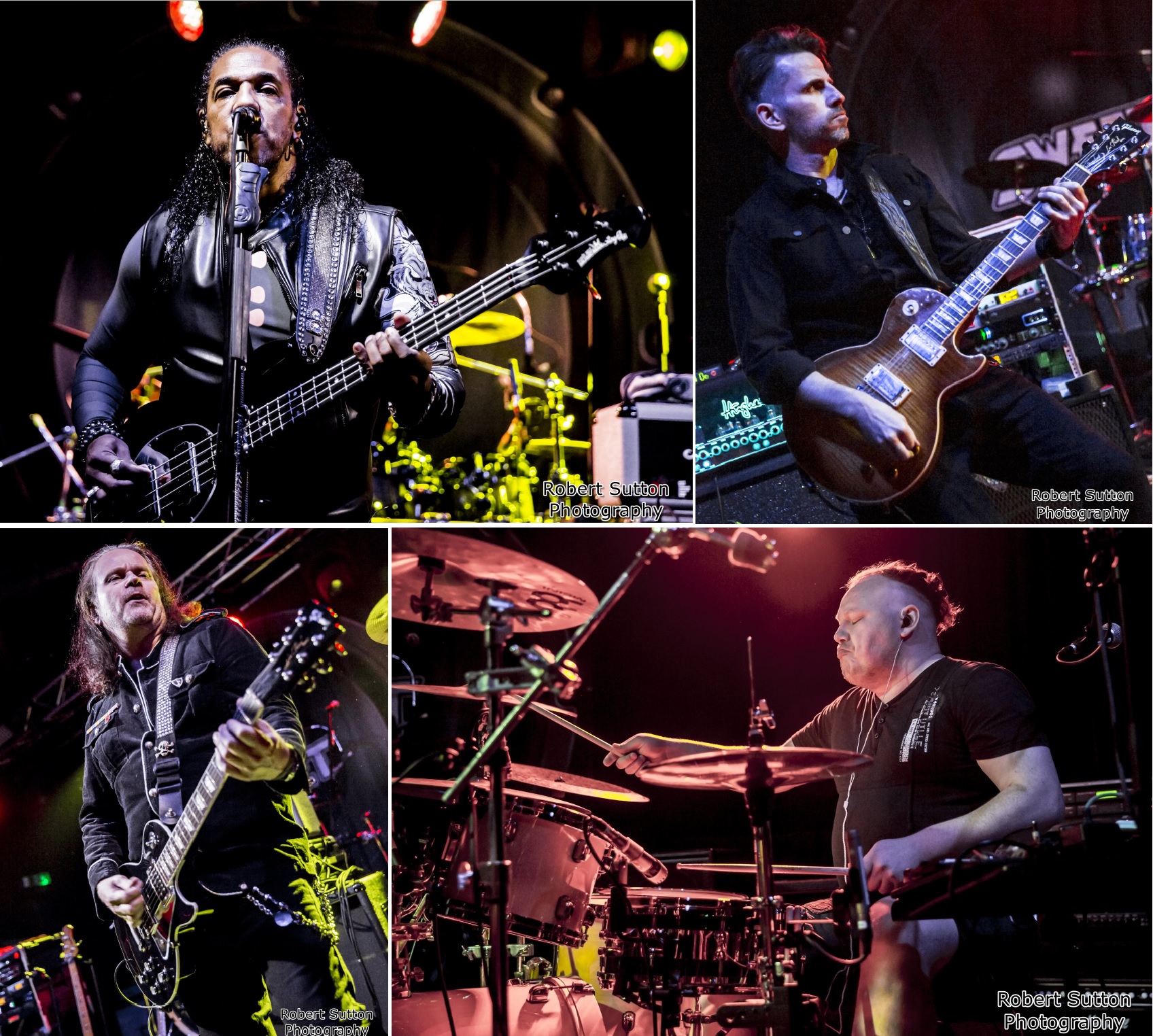 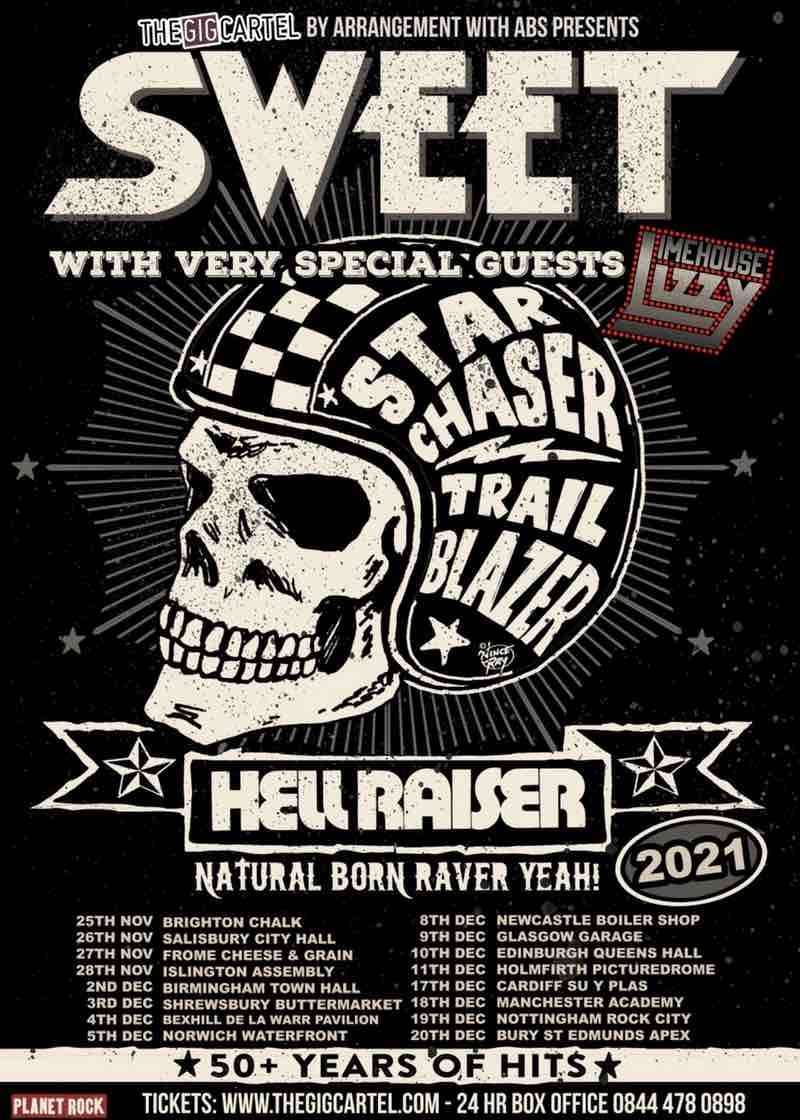 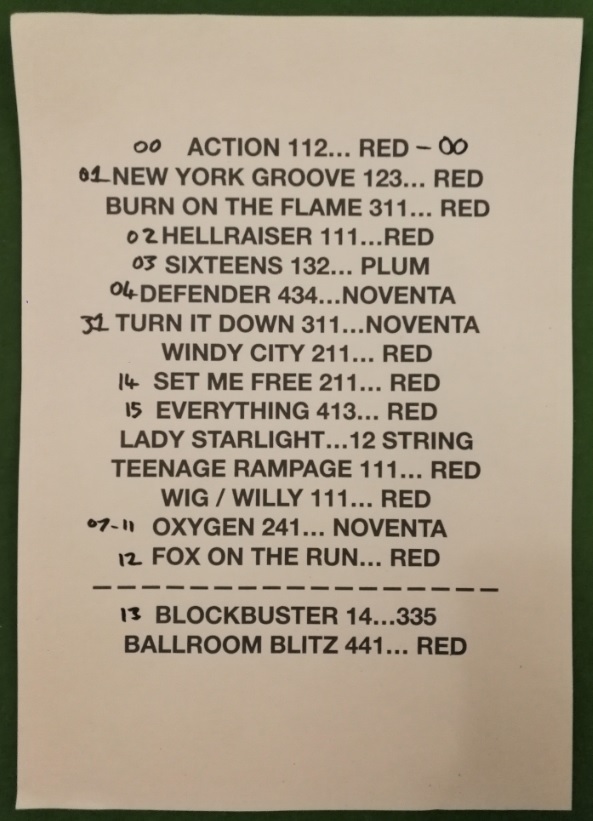 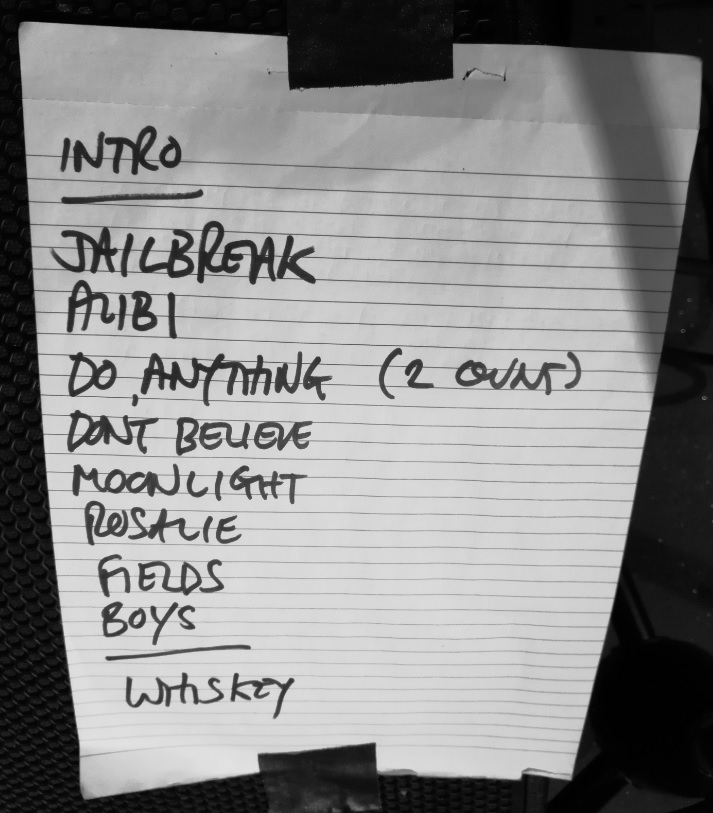 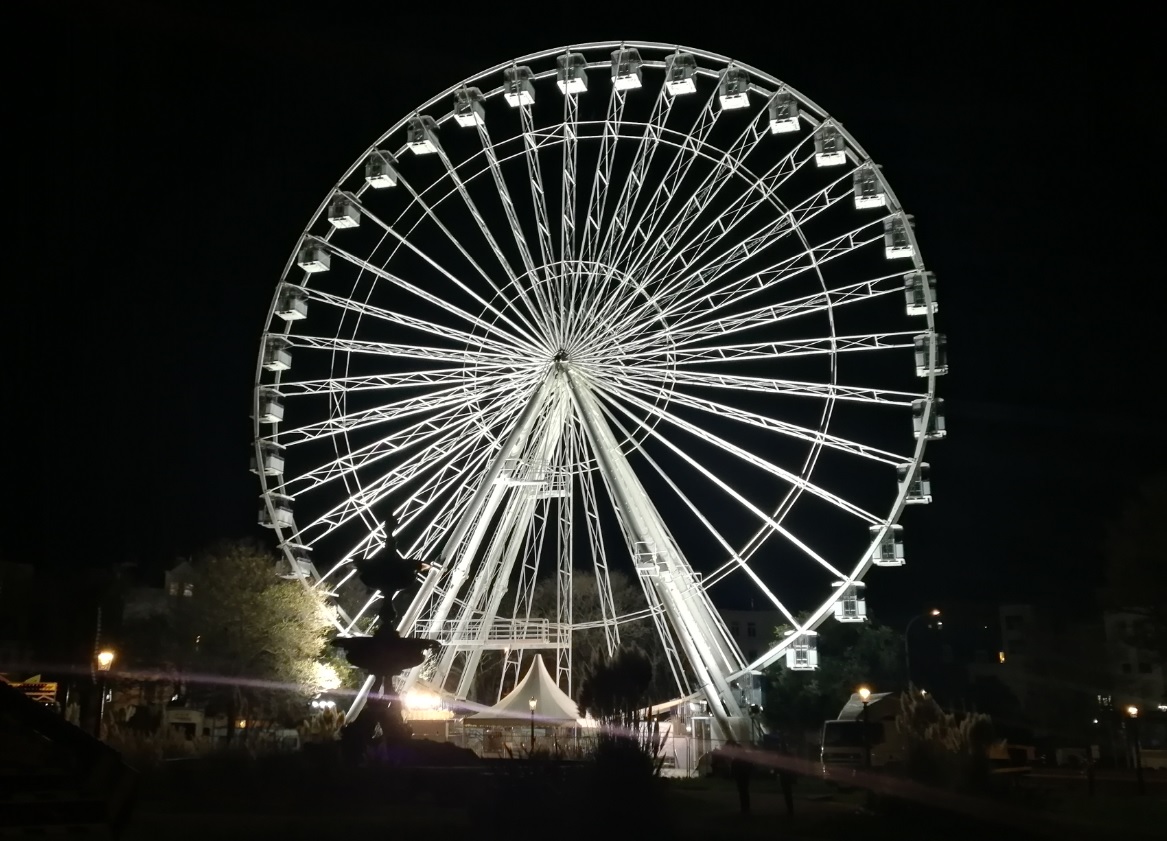