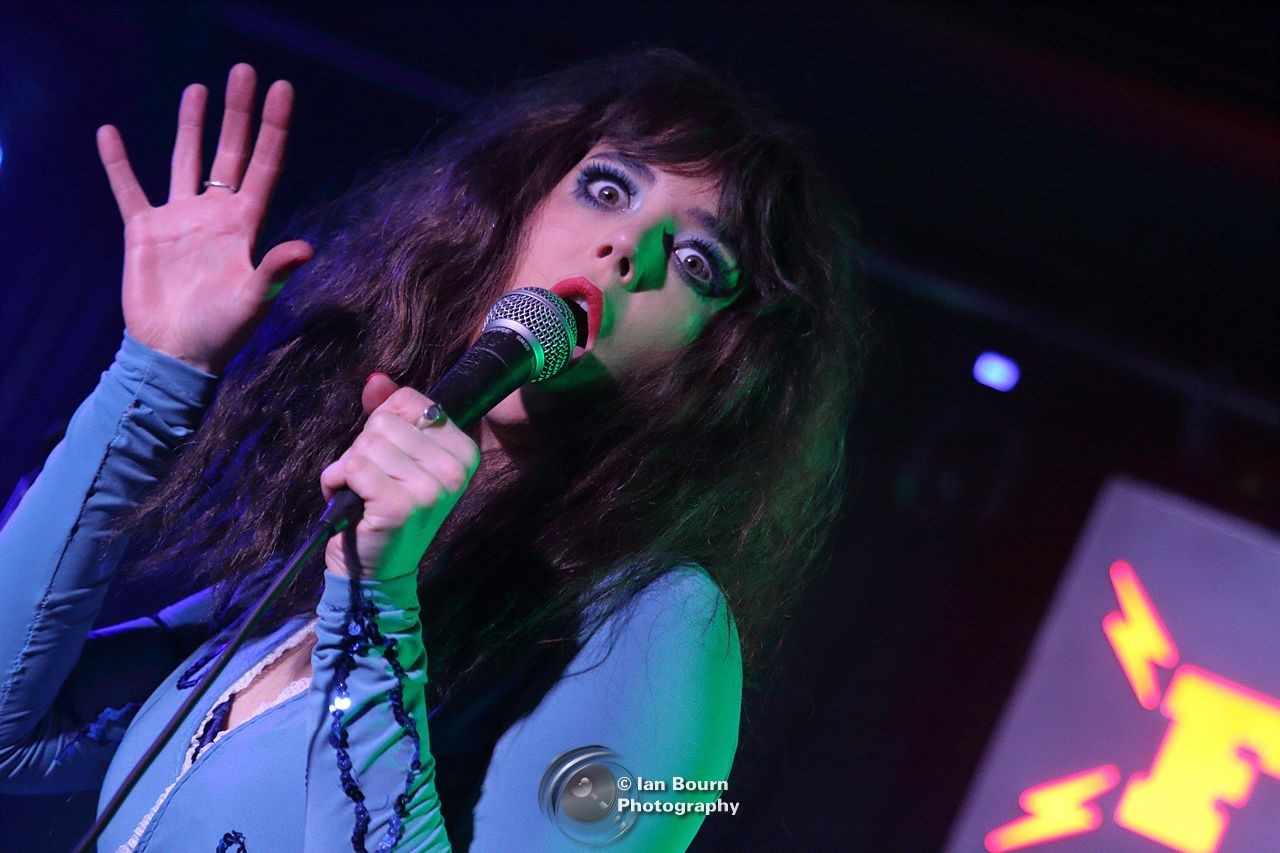 “Kate Bush-Ka is a celebration of the sensational work of Kate Bush, an art tribute show experience like no other.” Kate Bush.

Kate Bush:
Catherine Bush CBE is an English singer, songwriter, musician, dancer and record producer. In 1978, aged 19, she topped the UK Singles Chart for four weeks with her debut single ‘Wuthering Heights’, becoming the first female artist to achieve a UK number one with a self-written song. 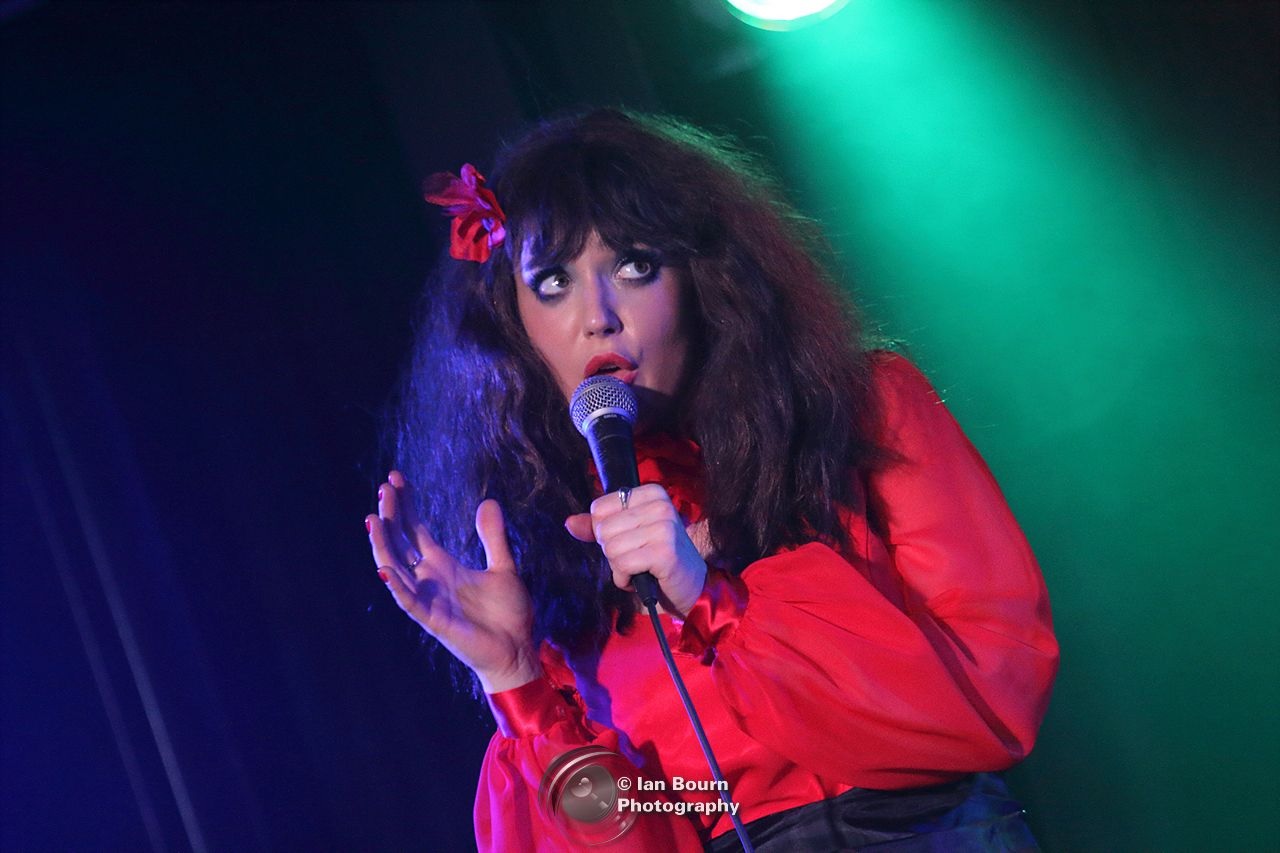 Kate Bush-Ka:
I have not seen Kate Bush live, and I had only glimpsed a couple of YouTube videos of Kate Bush-Ka as an introduction. I was intrigued. So I set the Sat Nav for The Factory Live in Worthing and headed off into a chilly night as parts of the UK were being battered by Storm Arwen. We were due a storm, which promised to be a much more gentle one than Arwen! A good rocking soundtrack welcomed us into the venue, the lights dimmed and the stage washed in blue as the smoke machine fired up…OK, on a busy stage there were four sets of keys, drums and a selection of guitars.

A special shout to the band. A breathtaking sound generated for this gig. The Factory guys again had nailed down the sound mix. All of the instruments shone, highlighting the wonderful keys, bass, drums and some quite stunning guitar playing. This was a top notch band of musicians who handled the songs with precision and love. It really was a joy to hear these guys play. 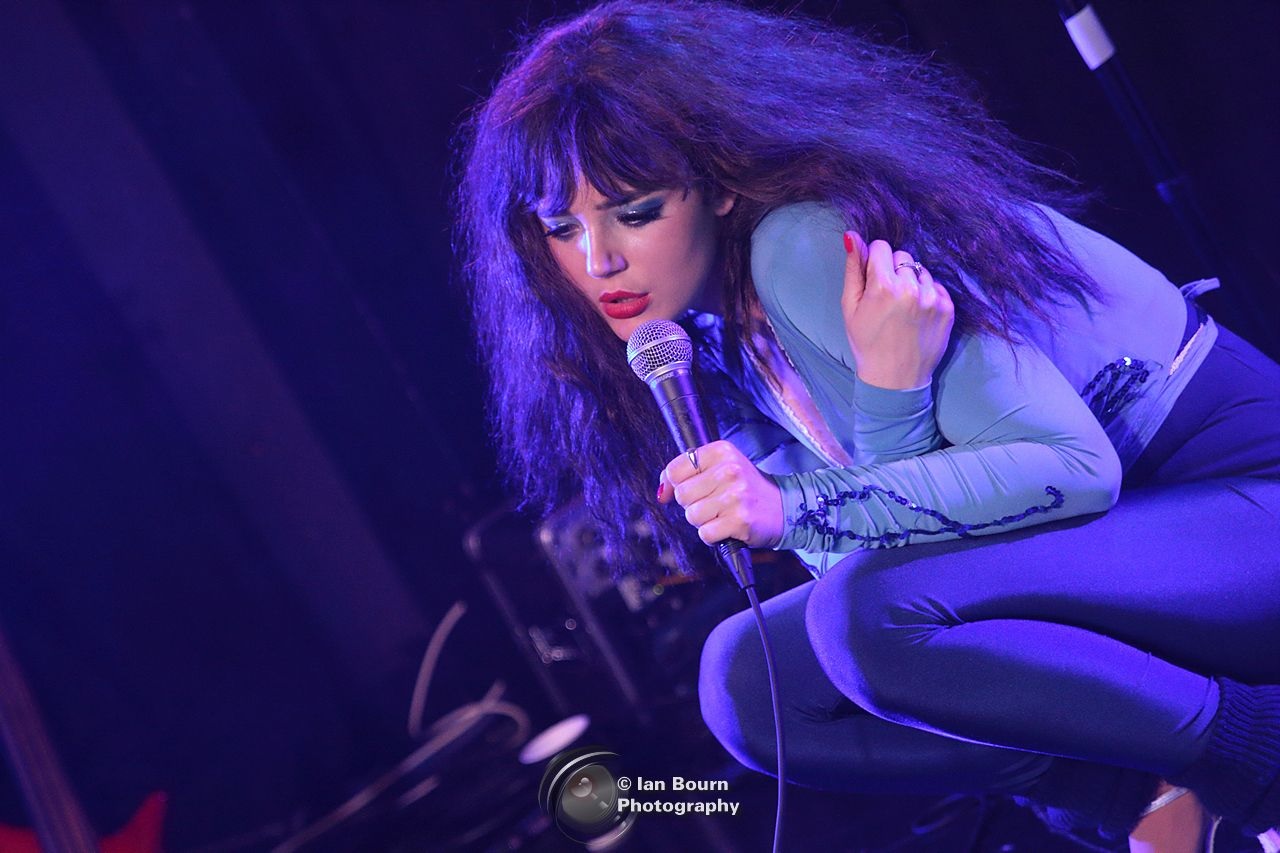 Kate Bush-Ka: The Set:
It was clear that the night was going to be set into two sections.

Katy opened proceedings with ‘Moving’ and ‘Oh, To Be in Love’ from the album ‘The Kick Inside’. And from the get go she absorbed every single person in the room. Her stunningly similar vocals, well studied intonation and recognisable gestures were absolutely on point, quite remarkable. This lady has worked hard to hone this performance. She has obviously studied Kate Bush closely, and no doubt tirelessly worked on those glorious vocal techniques and intricate dance moves. This was shaping up to be a beautifully crafted performance of song and dance.

As I mentioned Katy was backed by a super band of musicians (including her Dad on drums). They proved themselves skilled enough and more than capable of handling that unique variety in Kate Bush’s songwriting. They handled it all from funk to folk to even rock at times. The delivered performances of ‘Running Up That Hill’ and ‘Wow’ both sounding almost identical to those original recorded releases. 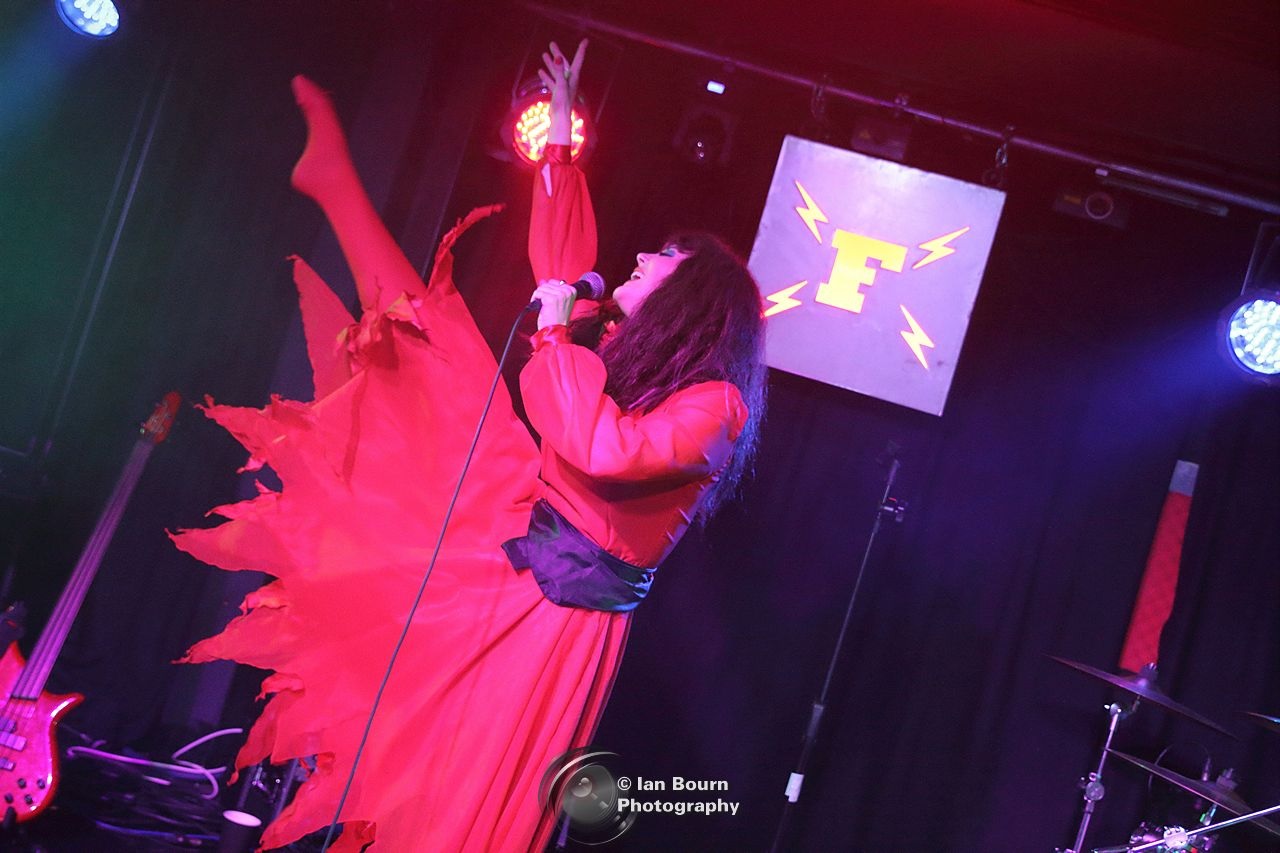 ‘The Man With The Child In His Eyes’ was up and another track I had long forgotten about was ‘Hammer Horror’. Both songs were perfectly delivered by Katy. I have to admit that by this point I was totally hooked and felt I was watching the real thing. This was no ‘Not The Nine O’Clock News’ parody, this was a tribute of the highest order and as if to prove the point, ‘Wow’ closed set one. Katy was full on with hands and her hair for this one. Her vocals soared. Unbelievable.

The Set – part 2
A fairly lengthy break before the band returned to the stage. Katy still dressed in her leggings and wrap wound top wowed us with ‘Running Up That Hill’ and they let loose ‘The Hounds Of Love’. The first set was fairly free from those big hits, but set two started with a bang and it all looked set to continue as ‘Army Dreamers’ was next.

The sizable audience was lapping this up. The crowd clearly happy to be in the same room as Katy as they seemed to spend the most of the second half clapping along with everything she does, and also some fine sing along moments from the Worthing crowd. 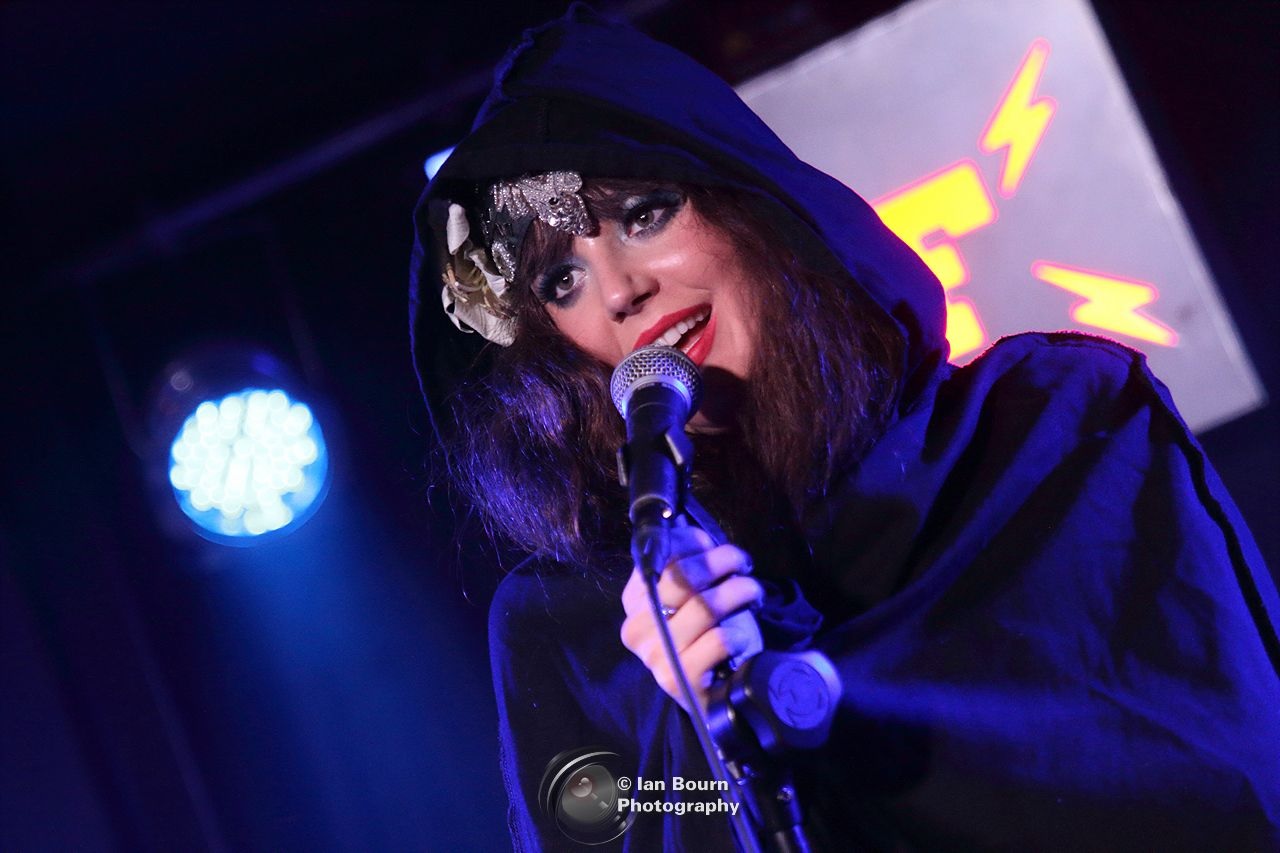 Katy delivered a stunning rendition of ‘This Woman’s Work’. This was a beautiful rendition of a really difficult song to sing. Katy slipped off stage giving the band a chance to open up, and they did. Fantastic stuff! Katy then re-emerged from the smoke in a black cloak. The opening strains of ‘Babooshka’ hit as and as we were taken to the chorus the black cloak was whipped away.

The appreciative house added to the great vibe, but everyone went silent as ‘Don’t Give Up’ was next in line. Dad/Drummer Gary Smith took on the vocal duties of Peter Gabriel. He did a great job with that, and it was something special unfurling in front of us. It was delightful actually and the pair swapped vocal duties and ended up with a lovely hug on stage.

This had been a fabulous evening of Kate Bush songs played brilliantly and sung perfectly. Great costume changes. All in all The Factory Live had given us another very enjoyable evening’s entertainment by a band of professional musicians. Other highlights for me included ‘Cloudbusting’ and ‘Sat In Your Lap’. 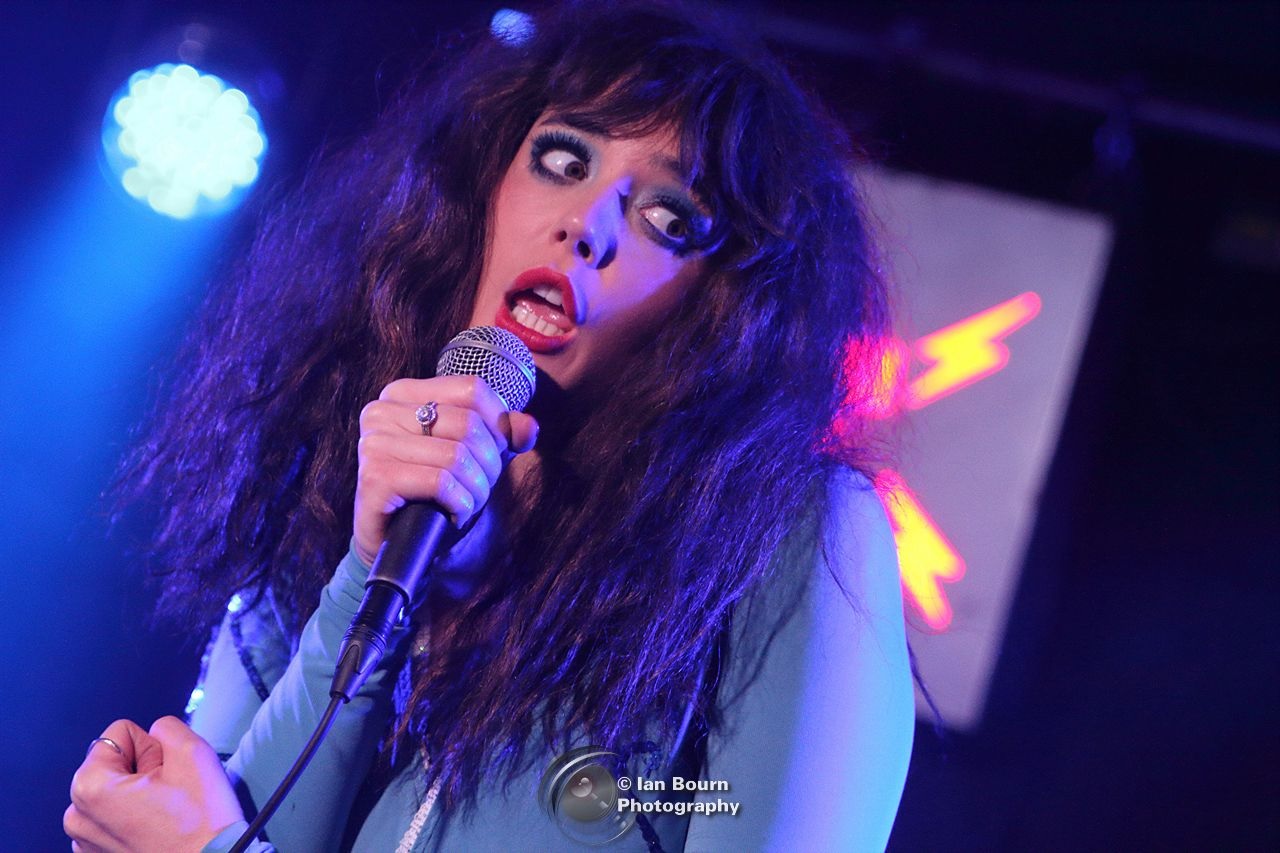 And so, a look at the watch showed it must be nearly time for it all to end. Katy slipped away again, allowing the band to fire up a rocking interlude again, and returning all in red. She gave us some background to the song, ‘Wuthering Heights’.

Katy’s voice for this was crystal clear and emotive as it had been throughout the performance. The band kind of rocked it up a bit towards the end which gave an alternative ending and it sounded really good. Interestingly this song wasn’t performed live by Kate Bush when she appeared for her ‘Before The Dawn’ shows. 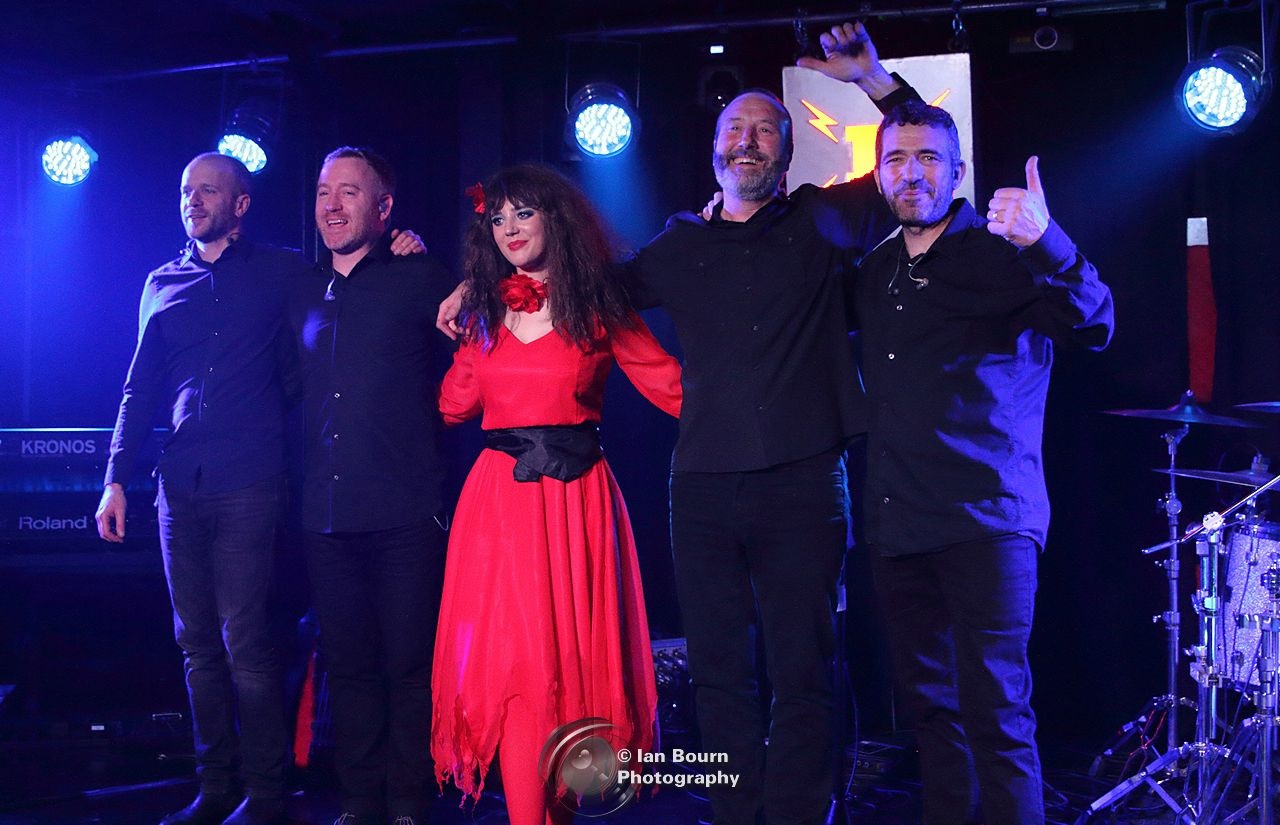 The song ended and the audience reacted perfectly with a huge show of appreciation for what we had been part of tonight. What an absolute pleasure to see this singer and her band. Katy has a phenomenal voice and a unique presence. Katy has absolutely the sensual, at times almost vulnerable look of that enigmatic young Kate Bush. She is backed up by a band made up of great musicians. This lady has refreshed my love of the earlier music of Kate Bush. I definitely want to see this band again, and so I hope we get more than the one gig every 35 years that Kate Bush puts in! Wow!!

Highly recommended show. It really does sound and look like the real thing. And Katy was lovely to talk with as we chatted about her ‘Wuthering Heights’ video, thank you. X 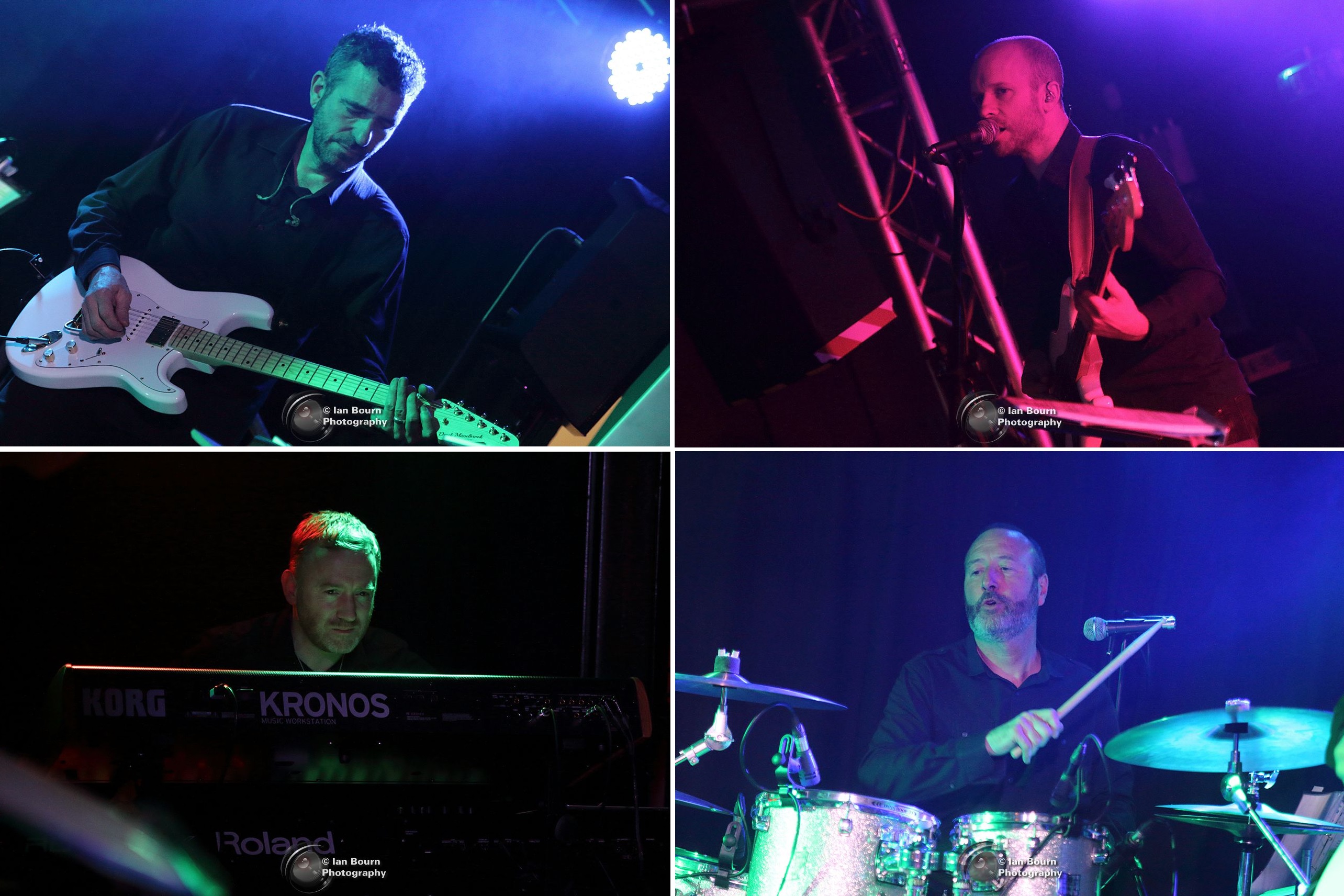 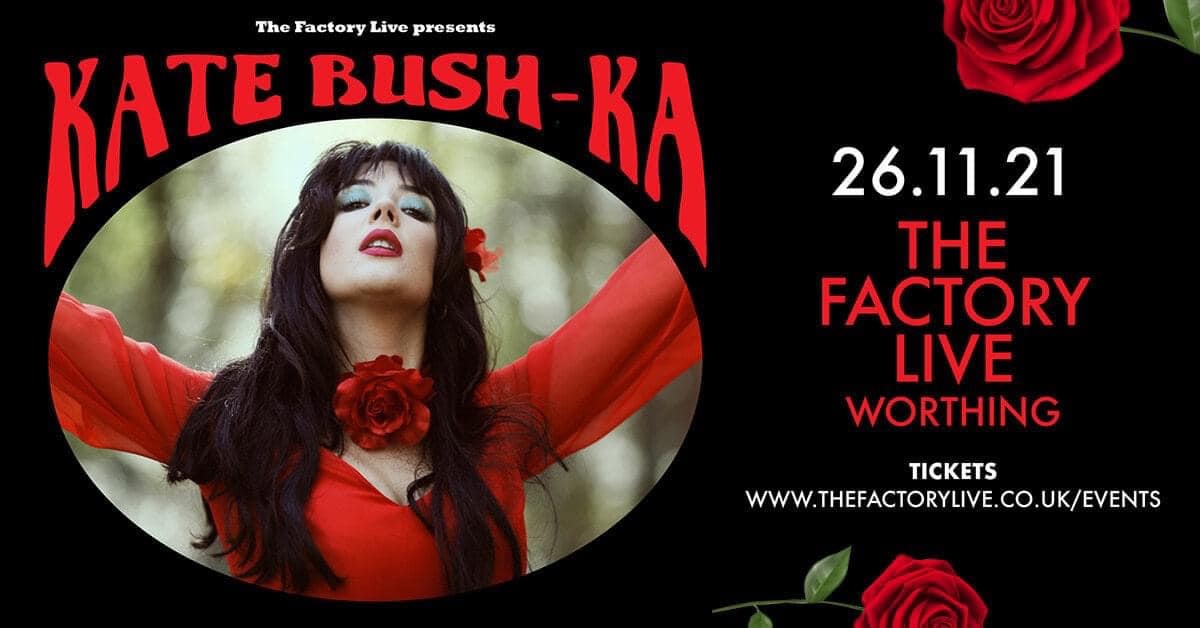 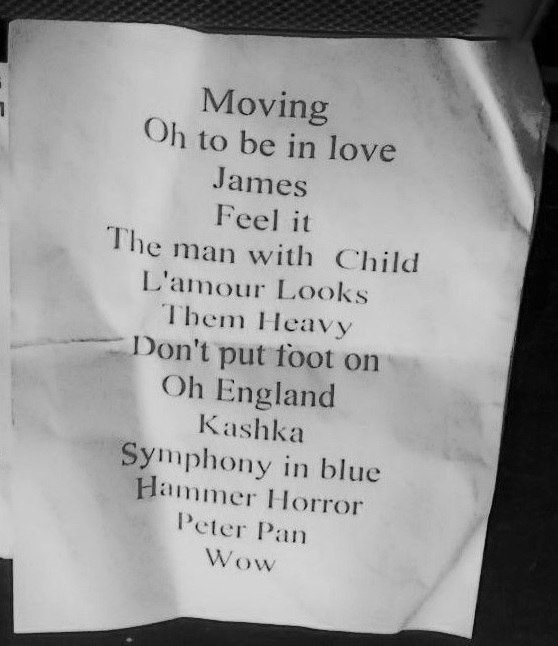 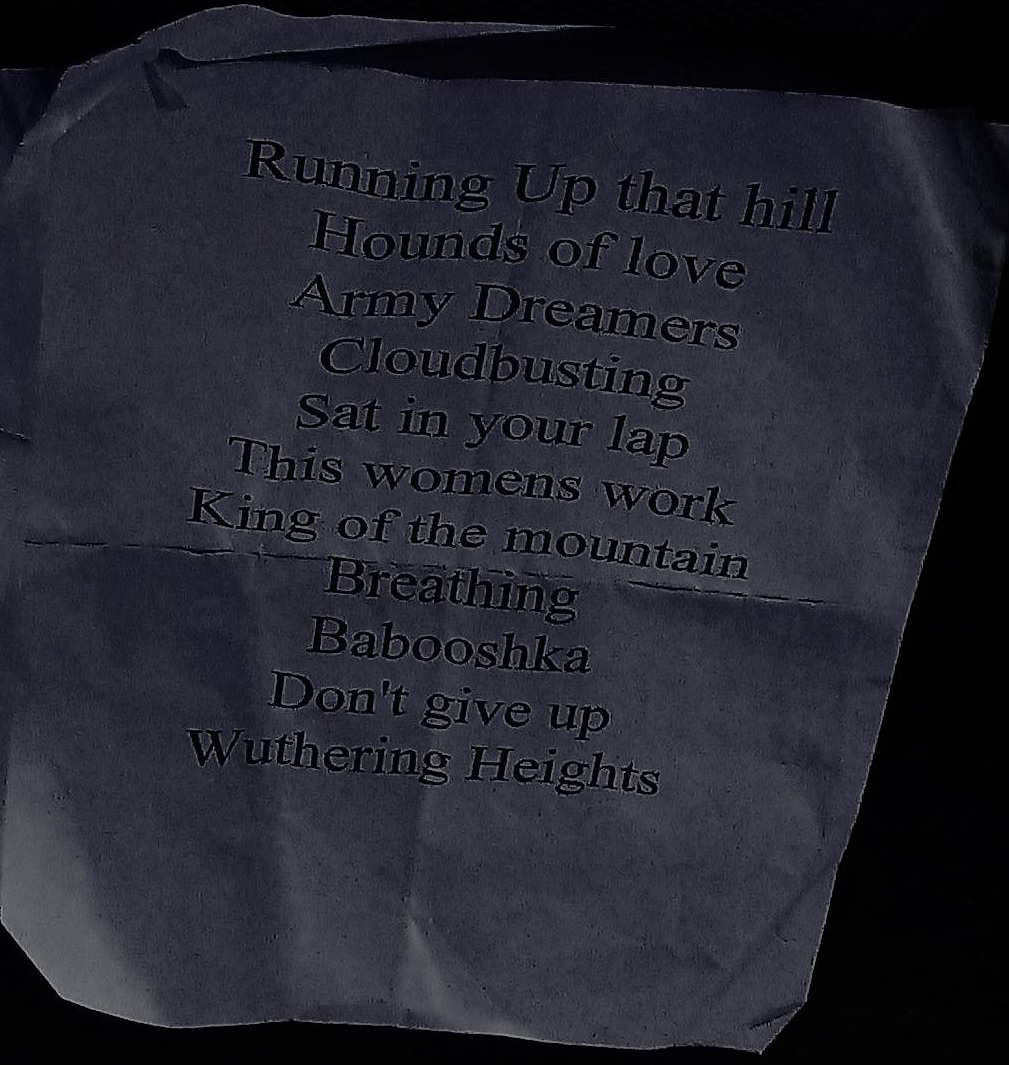