A conman scammed a woman out of £500 in Hove after telling her that she was in line for a parking ticket. 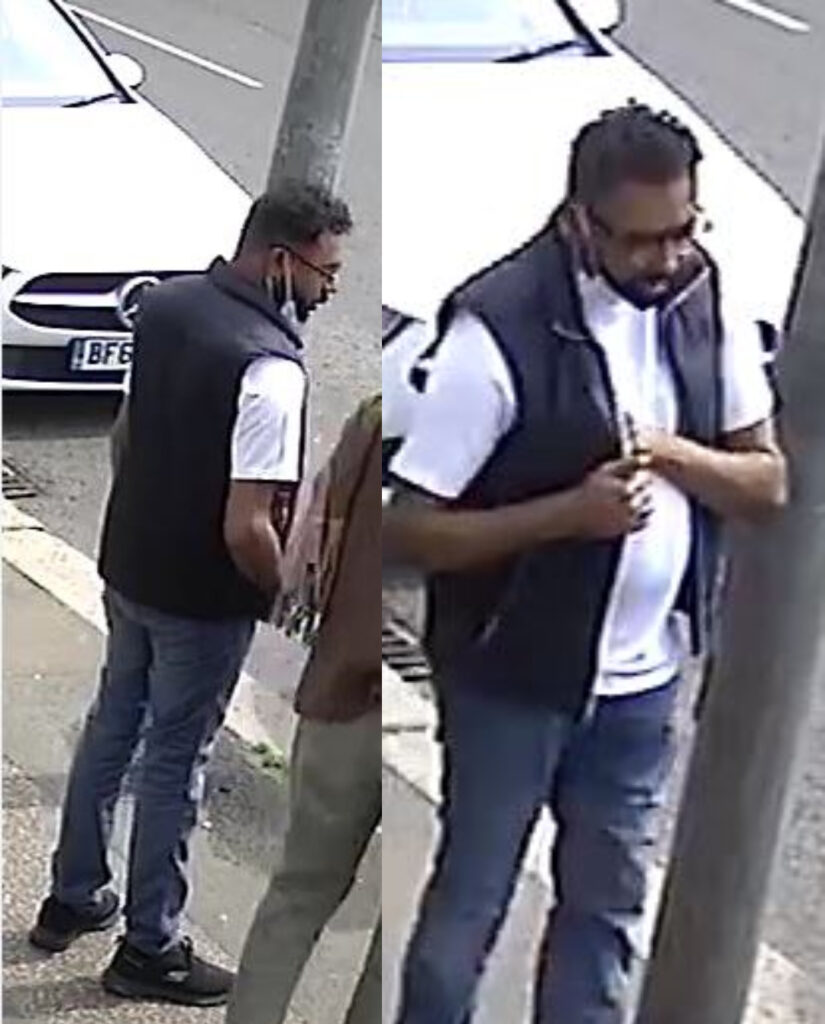 Sussex Police said today (Thursday 19 May): “Police want to identify a man in this image in relation to an incident in Blatchington Road, Hove.

“At around 1pm on Monday 9 May a woman was approached by a man while she was in her car who said that she was going to get a parking fine as an attendant had taken a photograph.

“Following this conversation, the man walked the woman to a parking meter and appeared to assist her with the machine, but unbeknown to her was collating her data on a mobile phone.

“He told her the machine had taken her card and she would have to wait 10 minutes for it to be given back to her.

“Around 30 minutes later her card was used to withdraw £500 from a cashpoint machine at the Post Office in Blatchington Road.

“The man police want to speak with is described as being aged between 20 to 30, middle eastern, around 5ft 4in, of slight build, with short black hair and wearing large black-rimmed glasses.

“He was wearing a white t-shirt underneath a dark blue or black body warmer, blue jeans, black trainers and wore a surgical covid mask underneath his chin.

“Anyone with information which could help officers with their investigation is asked to contact police online or call 101 quoting serial number 1293 of 09/05.”