Man rescued after getting stuck up tree while chasing parrot

A man who climbed 40ft up a tree to rescue his missing parrot had to call 999 to be rescued himself when he got stuck.

Chris Merrit’s macaw Charlie was frightened off by a flock of about 100 seagulls in the garden of their home in Hillside, Bevendean on Tuesday.

Chris immediately posted pictures of Charlie on Facebook, and contacted local schools hoping someone would be able to spot him.

After someone got in touch to say he’d be spotted in trees in Widdicombe Way, Chris rushed there and climbed up to try and get him down.

But he soon realised he wasn’t able to get down himself – and ended up calling the fire brigade.

To add insult to injury, the sirens and ladders spooked Charlie, who flew off again.

But 28 hours later, the search was finally over when he was found near Preston Drove after crashing into a house. 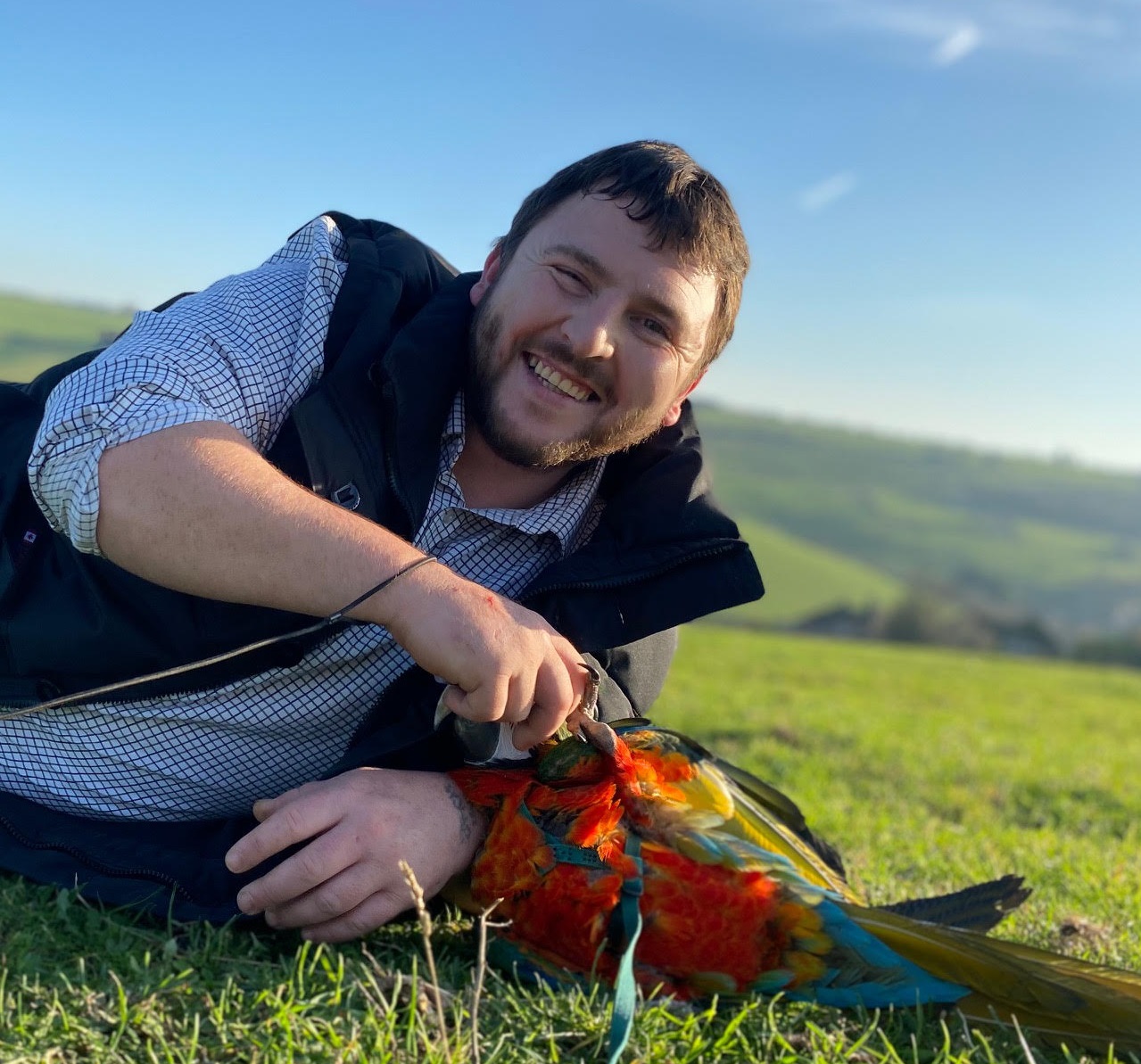 Mr Merrit said he was “embarrassed” when Charlie flew away from the fire brigade but praised the response from the community as “unbelievable.”

He said: “We’re extremely happy for him to be home.”

Charlie ranged far and wide during his stay away from home, with sightings were reported across Woodingdean, Whitehawk, Hollingdean, Hollingbury and the i360.

Mr Merrit, a dog trainer, said that he had been training the macaw to free-fly when he was attacked by seagulls an estimated 100 seagulls.

The harlequin blue-gold greenwing cross macaw naturally continued flying when being chased by the seagulls, who are at their most aggressive now during mating season.

Regular updates of the most recent sightings gained attention on Facebook, with over 100 people sharing a post showing photos of Charlie.

Charlie is three years old, a baby considering that Macaws can live for up to 100 years.

Mr Merrit was unconcerned that Charlie would bond with another person or find a new home because macaws generally bond to just one person.

What was more concerning was the harlequin macaw’s natural trait of flying when chased, allowing Charlie to cover a lot of ground in a short time.

Mr Merrit said although now more hesitant, he would continue training Charlie in the future.

He said: “He’s a big parrot, he deserves to stretch his wings.”

However, he warns against keeping macaws as pets without proper training.

Mr Merrit is considering telling the story of Charlie’s adventure as a children’s book, having had a great response from local primary school children involved in the search.

He said the local community will have a chance to meet Charlie at the Bevendean Co-op Pub where he will be organising a meet and greet to say thank you for their help.