Sussex Police dismissed 11 probationary officers in 2019, 2020 and last year for failing to live up to the standards expected of them either in their work or conduct.

The figures were shared with Sussex police and crime commissioner Katy Bourne at a performance and accountability meeting.

Mrs Bourne asked about a recent report from His Majesty’s Inspectorate of Constabulary and Fire and Rescue Services (HMICFRS) on vetting, misconduct and misogyny in the police service.

Deputy Chief Constable Dave McLaren, the lead officer for professional standards, said that the dismissals were made under Regulation 13 of the Police Regulations 2003.

The regulation could be used to weed out those who were unsuitable for the job within the first two years of their career, Mr McLaren said, calling it a “powerful tool”.

He said that the number of probationers who did not make the grade was higher than 11. But some had “realised the writing was on the wall” and left the force before the Regulation 13 process could be started.

Mrs Bourne said that the HMICFRS report made for depressing reading. She quizzed Mr McLaren on issues such as standards of recruitment and how the Sussex force dealt with misogyny, misconduct and the like.

Mr McLaren said that an action plan was in place, with listening circles, staff surveys and leadership forums helping to give people the confidence to report or challenge inappropriate behaviour – an improvement which was already bearing fruit.

The force was the subject of unfavourable headlines last year and the year before, with one of its police stations dubbed the “most sexist in Britain” amid reports of inappropriate use of Facebook and WhatsApp groups.

Mr McLaren said: “I’d be naive to sit here and say that we don’t have an issue with that still within the organisation.

“I don’t think I’ve spoken to any reasonable-minded person in policing that doesn’t think that this is the sort of culture that needs to end and we need to drive these people out of our organisation.”

He said that such a clear-out would take time and the force needed to be consistent with its message that improper conduct would be challenged and support would be given to officers and staff who reported concerns.

Looking at previous incidents where officers had fallen far below the expected standards of professionalism and good conduct, Mr McLaren said that it was “disappointing”. 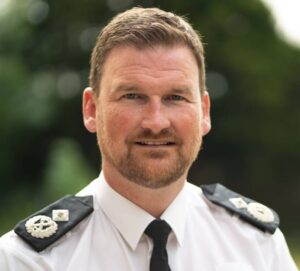 At the meeting, on Friday 18 November, he added: “Every one of the vast majority of officers and staff that we have are really good people who dedicate their lives to looking after communities, to protecting the vulnerable and run towards danger when others are running away.

“You read these (other) stories and all it does, I guess, is add another dent in the public’s trust and confidence in us.”