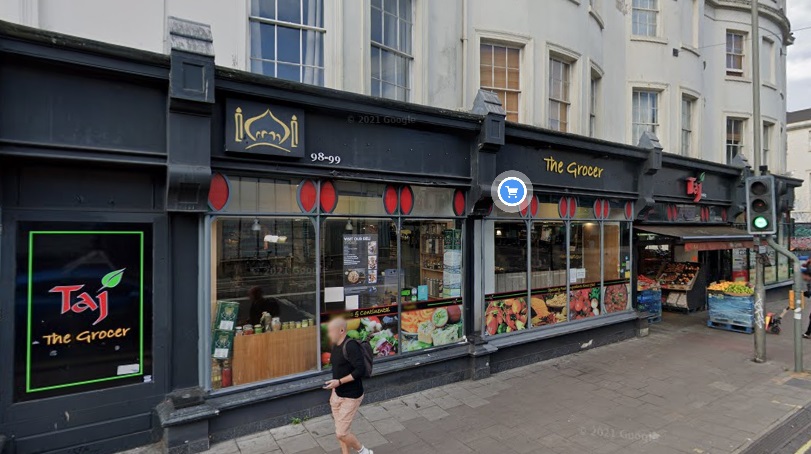 Taj, in Western Road, was given zero stars and told to make urgent improvements after inspectors visited it in September.

It detailed a catalogue of serious failings in the kitchen, butcher and deli areas of the store.

The report, dated Wednesday 5 October, also raised concerns about a bandsaw in the butchers area and dangling electrical cables in the basement.

It said: “Many of the large food containers in the kitchen and in the walk-in chiller were filthy.

“Chopping boards, knives and other utensils placed in the rack and in the deli area ready for use were very dirty.

“Not only does this indicate a very poor standard of hygiene, the dirt and harmful bacteria on the food containers can get into the food and on to the hands of food handlers touching them.

“The temperature of some of the high-risk food stored in the deli display refrigerator was too high. These foods are likely to support the growth of food poisoning bacteria or the formation of toxins and must not be stored above 8C.

“Chef advised that sauces were left to cool at room temperature in the kitchen over a period of 3-4 hours. This slows down the cooling process and presents ideal conditions for food poisoning bacteria to grow.”

Raw lamb pieces were stored in a colander and placed on top of a box containing packeted food sold directly to customers.

“When informed of the risk, the chef then placed them on to cans of chickpeas.

“Storing raw meat in a receptable with holes in it allows raw meat juices and potentially harmful bacteria to drip through on to objects/surfaces below.

“This could lead to the spread of harmful bacteria on to objects, hands and around the kitchen.”

The report included dozens of action points and said that inspectors would return in four weeks to see if they were being put into action.

Once they believe they have made improvements, Taj’s management can request a reinspection.

Taj has recently opened two new stores, one in London Road and another on the Sussex University campus in Falmer.