Brighton Royal Marine Alexander Blackman will find out on Tuesday (28 March) whether he can leave prison after more than three years.

Five senior judges will announce their decision when they sentence 42-year-old Sergeant Blackman for manslaughter.

Sergeant Blackman, who grew up in Bevendean, was jailed for life in 2013 for the murder of an injured enemy fighter in Afghanistan in September 2011.

The Court Martial Appeal Court in London reduced his conviction from murder to manslaughter nine days ago (Wednesday 15 March).

The court found that Blackman was guilty of “manslaughter on the ground of diminished responsibility” having considered fresh medical evidence about his state of mind during a “tour from hell”. He was suffering temporarily from combat stress.

The judges also said that Blackman was an “exemplary soldier” who had acted entirely out of character.

Today (Friday 24 March) barrister Jonathan Goldberg told the court that Alex Blackman should be freed. And he asked the judges to release him today. 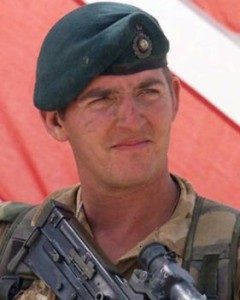 Mr Goldberg said in mitigation: “The incarceration of almost three and a half years which he has already served is already too much for his crime.”

Blackman would have spent three and a half years in prison if he had been sentenced to seven years.

His life sentenced had previously been reduced on appeal to a minimum term of eight years from ten.

Mr Goldberg also urged the judges not to order his dismissal from the service. In particular he pleaded that Blackman shouldn’t be dismissed with disgrace as happened when he was sentenced for murder.

The barrister said: “That single word ‘disgrace’ has been for him a more bitter pill to swallow than anything else.”

Blackman was not present in court in person but took part in the proceedings by video link.

Outside court afterwards Blackman’s wife Claire said: “We are obviously disappointed not to have a decision today but we understand that the judges wish to consider this important matter with great care.

“We will patiently await their ruling.”