Wanted robber being hunted in Brighton

A convicted robber who used to live in Brighton is being hunted by police.

Paul Ince, 23, formerly of Pankhurst Avenue, Brighton, is wanted for recall to prison after his licence for early release was revoked. 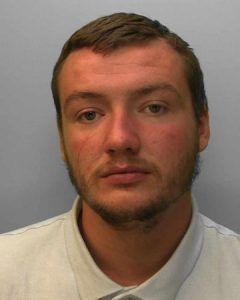 Sussex Police said that Paul Tony Ince’s last known address was in Eastbourne but he frequents the Brighton area.

He was jailed for 40 months for robbery when he appeared at Lewes Crown Court in June 2014.

Sussex Police said; “He was freed on licence on Christmas Eve 2015 but has since breached the conditions of that licence and since (Friday) 14 July has been subject to immediate arrest.

“Ince is described as white, 6ft, of stocky build, with facial hair and blue eyes.

“Anyone seeing him or knowing of his whereabouts is asked to email 101@sussex.pnn.police.uk, report details online here or phone 101, quoting serial 924 of 14/07.