Seven people were unable to return to their smoke-logged homes after a fire in a flat in Brighton, the fire service said.

The blaze is believed to have been started by a jumper left to dry on an electric convection heater.

An alarm alerted people living in the flats to the fire and everyone was able to get out safely.

The fire service said: “East Sussex Fire and Rescue Service is reminding people not to leave items on heaters following a fire which left seven people temporarily unable to stay in their homes.

“Crews from Roedean and Preston Circus were called out at 7.48pm on (Tuesday) 26 September to reports of a fire in a flat in Margaret Street in Kemp Town.

“Four breathing apparatus and two hose reel jets were used to contain the fire in a bedroom. However, the whole of the property was affected by smoke.

“Everyone who was inside the building was able to reach safety thanks to the alarm sounding and providing them of early warning of the fire.

“The fire is believed to have started as a result of a jumper being left to dry on or over an electric convection heater.

“Crews worked hard to ensure the fire didn’t spread from the room where it started but this incident still left people having to find alternative accommodation due to the smoke. 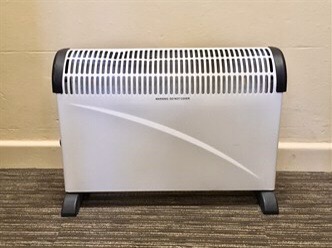 “The good news is that there are steps you can take to reduce the chances of having these sorts of fires in your own home.

“We also always recommend you have working smoke alarms on every level of your house.”