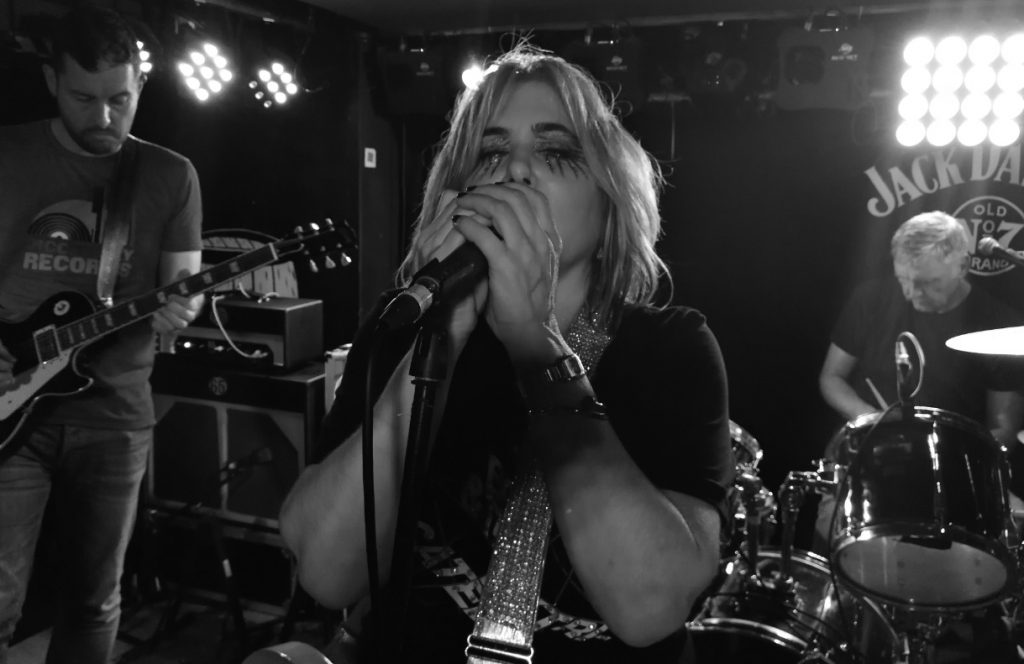 The word ‘extricate’ has its origins in the early 17th century and comes from the Latin ‘extricat’, as in ‘unravelled’. So the modern meaning would be ‘to free someone (or something) from a constraint or difficulty’.

This is exactly what the five members of Brix & The Extricated have managed to do, as they are all ex-members of Prestwich’s greatest son – Mark E.(as in Edward) Smith’s The Fall (which was formed by Smith after seeing the Sex Pistols perform live at Manchester Free Trade Hall in June 1976) and indeed American guitarist Brix was even married to him from 1983 to 1989. Smith coined the name The Fall from a novel by French philosopher Albert Camus, whose views contributed to the rise of the philosophy known as absurdism, which in my mind perfectly sums up The Fall. 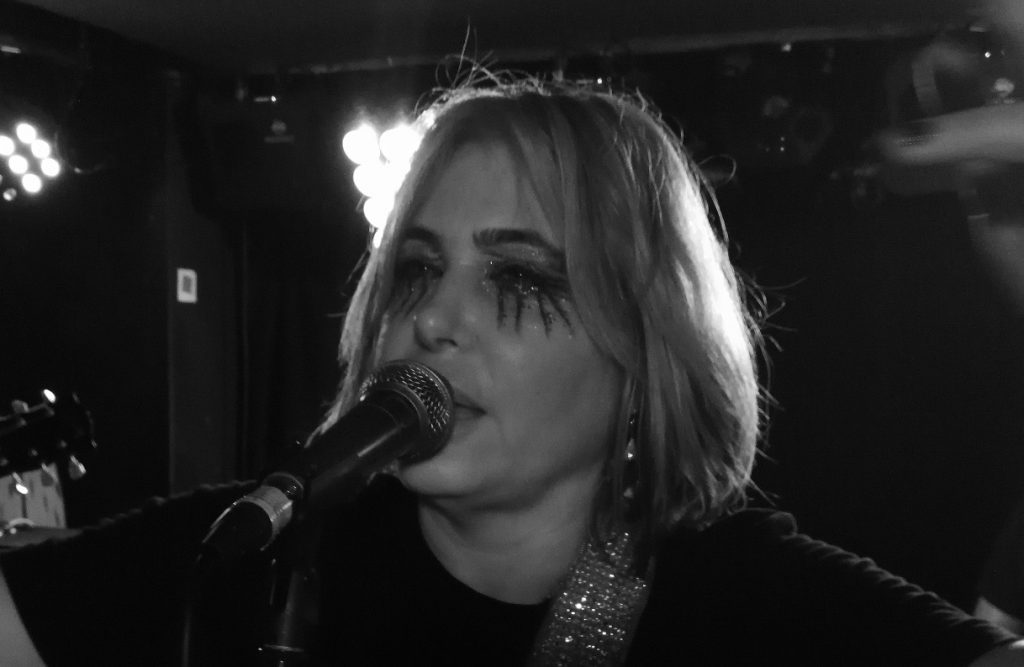 Brix Smith-Start is said to be one of the few true female rock icons of the indie and alternative era and an inspiration for generations of women who play and follow music. Her best-selling 2016 autobiography, ‘The Rise, The Fall And The Rise’, describes her eventful life, including her years with Mark E. Smith. Bass player, Steve Hanley’s own acclaimed memoir, 2014’s ‘The Big Week’, disclosed exactly what is was really like being the longest serving member of The Fall (18 years).

Brix & The Extricated recently came to my attention via an uncharacteristically psychedelic hypnotic dreamy track entitled ‘Moonrise Kingdom’, which was originally penned in another form by guitarist Steve Trafford when he was still a member of The Fall (2004-06). It was originally titled ‘Midnight In Aspen’ and features on their 2005 album ‘Fall Heads Roll’.

Trafford said “I was so moved by it that it took me just two hours to write. The inspiration for the lyrics came from a movie by Wes Anderson of the same name. I wanted the song to be a love song about the aching passion of youth, a time when the possibility of life’s adventure seemed limitless and soaring. I wanted to set this scene of fierce longing, against the backdrop of the savage beauty of the land, and the vast powerful sea.”

Brix thoughts on the song are “It’s the perfect song for the end of summer. Those long days when the sun sets low and the moon rises high. The very moment when day and night converge, and the golden glow of dream-time is cast upon the earth.” 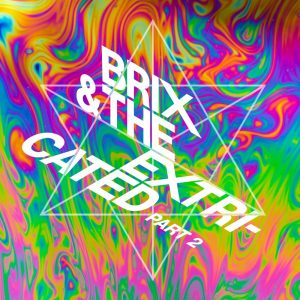 ‘Moonrise Kingdom’ appears on the bands recently released debut 10-track album ‘Part 2’ – a sonic juggernaut of an album that infuses hypnotic brutality with sunlight, harmony, hooks and riffs and according to Q Magazine it’s a “rollicking debut album”.

The band are here at Sticky Mike’s Frog Bar in Brighton as part of a 15-date UK tour and musically one would assume that the band sound a tad like The Fall of cold and wet Manchester in 1980 – wrong! You might as well forget absolutely any connection with The Fall and instead think along the lines of the sound of 1976 New York! It’s that halcyon early US punk sound that was booming out of Manhattan’s East Village, with the likes of Johnny Thunders & The Heartbreakers, The Ramones and Blondie. 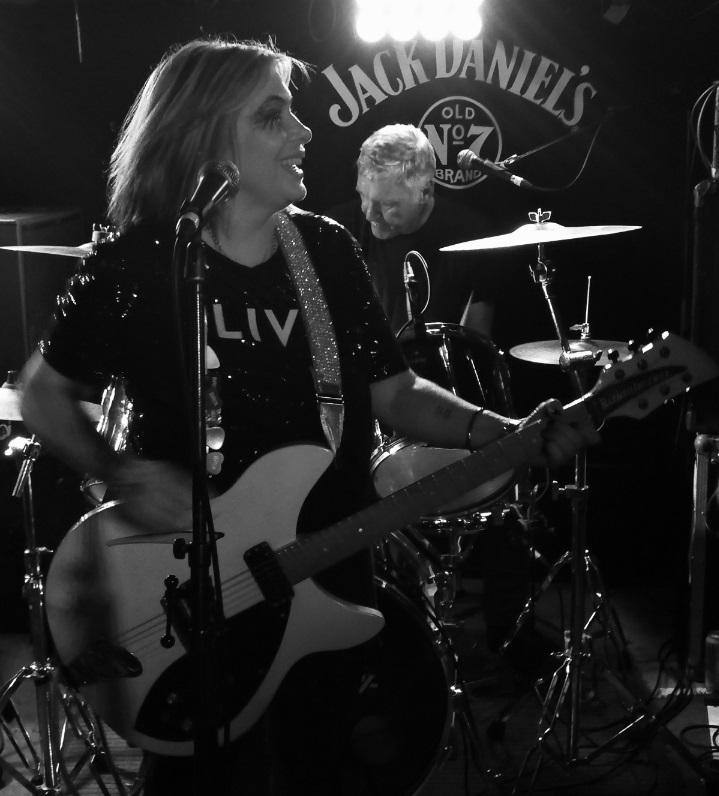 Tonight’s 15 track set (including 2 encore songs) was Brix’s statement that they are going to play a raucous early punk rock set and they are not in Sticky Mike’s but CBGB’s with Patti Smith, Tom Verlaine and Willy DeVille in the audience watching them. Brix, I got it girl, I totally understand what you are trying to achieve here.

It’s fair to say that although the venue was full, virtually all of the usual Brighton punk possee were not present tonight bar a handful of exceptions and I suppose it was because they more than likely had no idea that Brix and her band were going to perform this type of enthralling music. But hey, when word gets out, then they sure will be attending next time. 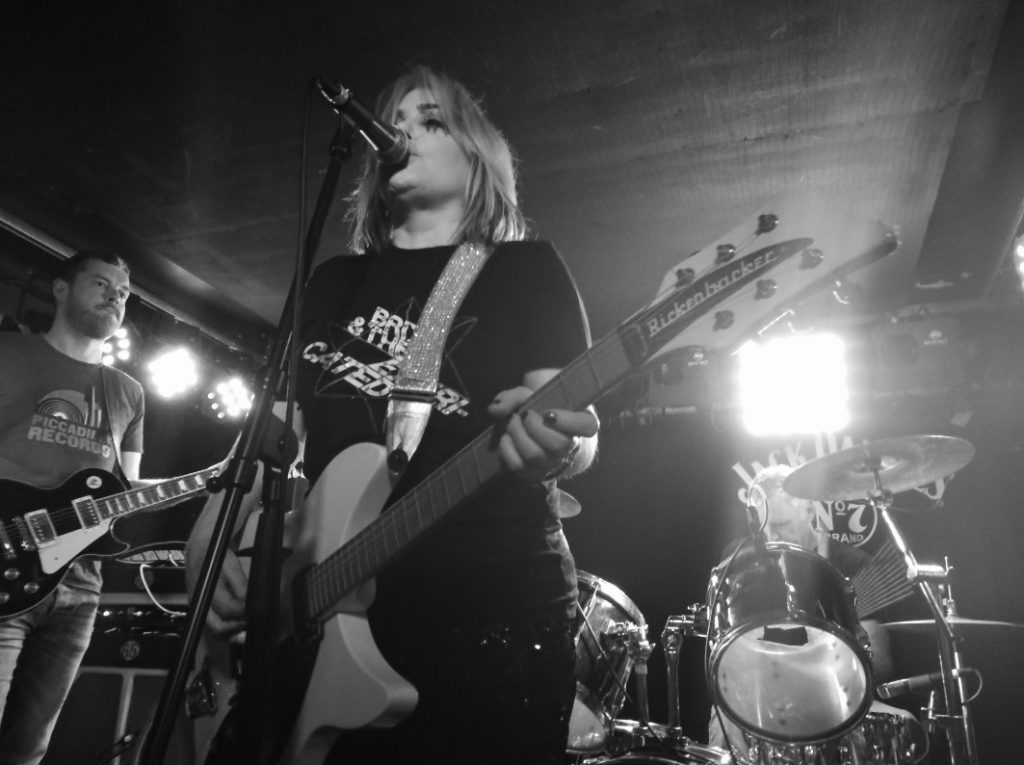 Yes we had Fall tracks tonight as Brix obviously had penned some of them, but it really didn’t have a post-punk feeling, pre-punk more like. The band were a very tight unit tonight and it was transfixing watching them as all 5 of them sure can play. I really need to witness these guys play live again!

After the gig, my mate said that Brix & The Extricated set was possible the very best gig all year! And trust me we have seen tons of acts this year. I was lucky to have the opportunity of grabbing a word with Brix after the gig and I put forward my ‘not 1980 Manchester but 1976 New York’ analogy and she threw herself backwards with her arms open as in a hallelujah someone understands what we are trying to achieve. 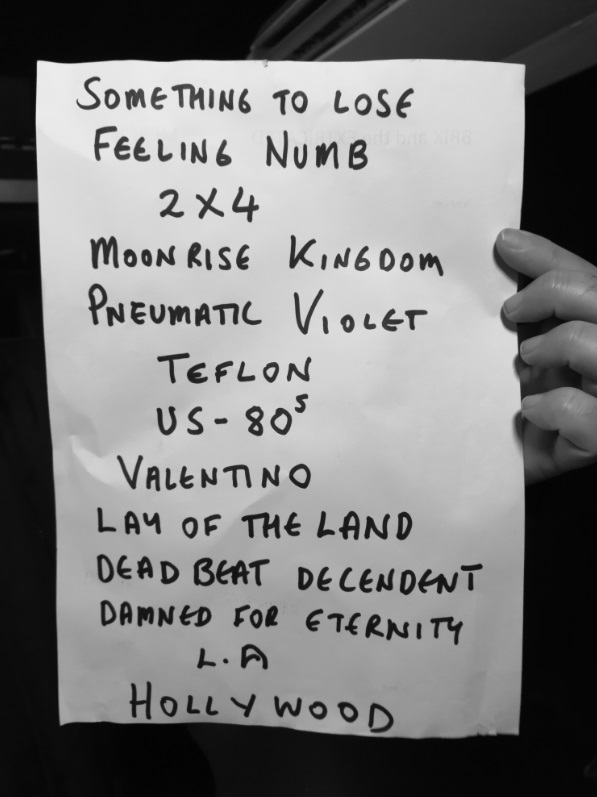 So Brix’s setlist for tonight reads:

‘L.A’ (from The Fall ‘This Nations Saving Grace’ album)

‘Totally Wired’ (from The Fall ‘A Part Of America Therein’ album)

‘Big New Prinz’ (from The Fall ‘I Am Kurious Oranj’ album) 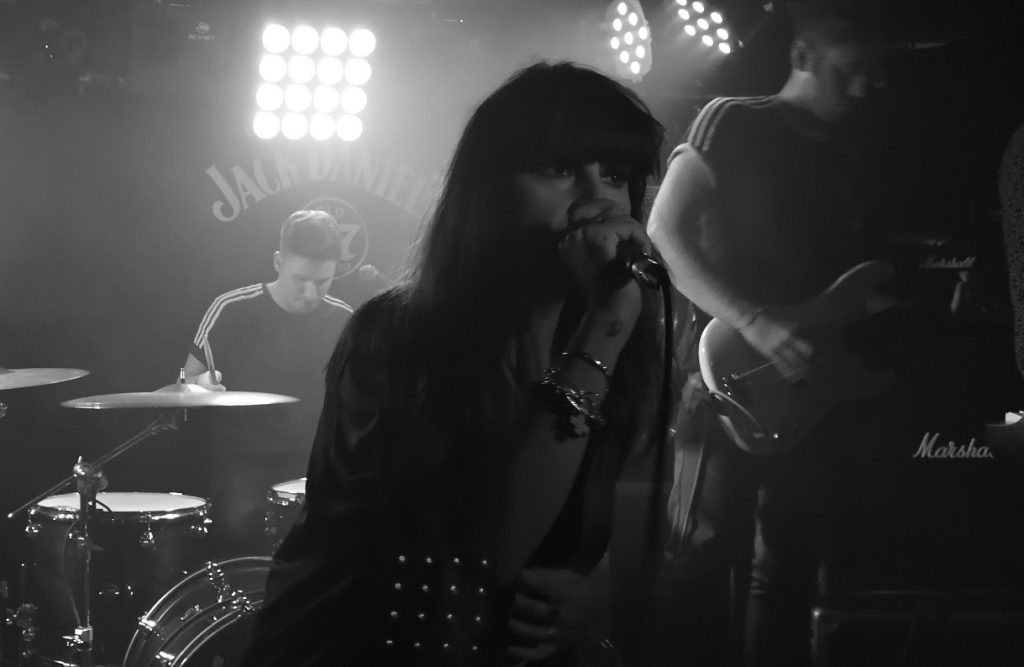 Support tonight came from Lucie Barât, who is based in Brighton and is actually the sister of Carl Barât of Libertines fame. She said ‘goodbye’ to her previous band The Au Revoirs and took the solo artist plunge. Lucie performed at Brighton’s Alternative Escape in May and she released a track called ‘Be Uprising’, which came out earlier in the year. Her forthcoming single will be launched on 24th November and is entitled ‘Take Me Away’.

Tonight Lucie and her chums were the ideal support act to get the crowd going, especially with the final track. 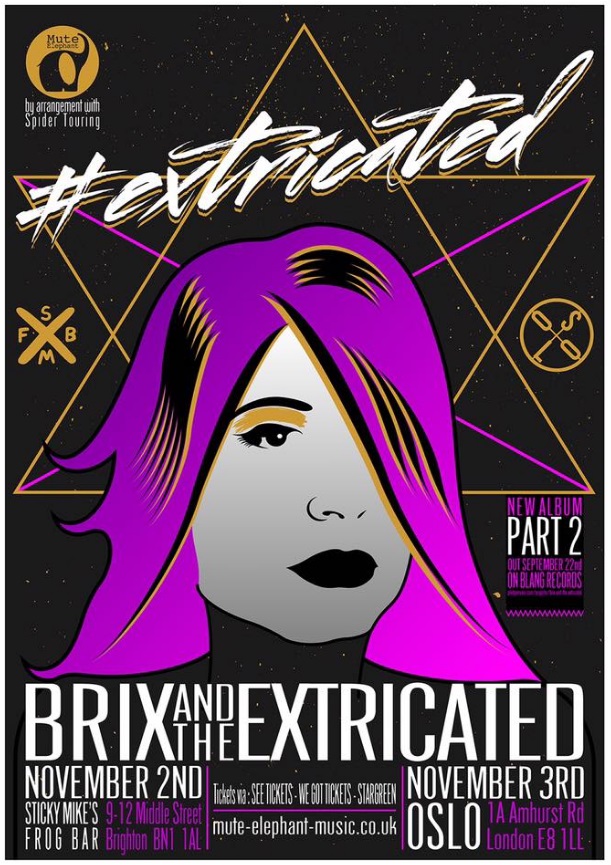