Two women have been spared prison by an Old Bailey judge for their role in running a sex ring that pimped out women who had been trafficked from south east Asia.

Along with a Malaysian man called Hong Chin, the two Chinese women forced 19 others to sell sexual services at hotels in Brighton and elsewhere.

Li Wei Gao, 44, and Tingli Lu, 47, were given suspended sentences by Judge Philip Katz at the Central Criminal Court – better known as the Old Bailey – in London today (Friday 3 November).

Hong Chin’s ex, Li Wei Gao, unemployed, of Portsmouth Road, in Esther, Surrey, or Heathside, Oxshott, was sentenced to two years in prison, suspended for two years, and ordered to carry out 200 hours of unpaid work.

Tingli Lu, a beautician, of Somers Road, Southsea, was sentenced to 26 weeks in prison, suspended for two years, and ordered to carry out 20 hours of unpaid work.

Hong Chin, of Newton Road, in Ashtead, Surrey, was given a four-year prison sentence at the Old Bailey just over a week ago on Thursday 26 October.

Hong Chin, who ran a dog breeding business and also had an address in Dunstall, Burton upon Trent, was convicted of conspiring to control prostitution for gain and conspiring to traffic people for sexual exploitation.

Li Wei Gao and Tingli Lu were charged with conspiring to commit the same offences with Hong Chin, who was also described as working for a takeaway restaurant.

Sussex Police said that officers first became aware of the illicit operation in February 2015 after one of the 19 women reported being debt bonded, which led to extensive inquiries being carried out.

Four people were arrested in connection with the investigation in June 2015 and later charged.

One of them, a man from Hong Kong called Wing Yeun, 41, a taxi driver, of Palace Square, London, was found not guilty of all charges against him.

Detective Inspector Andy Richardson said: “I’m delighted with the sentence and I’m delighted we were successful in our application for a Slavery and Trafficking Prevention Order against Chin, which will stop him exploiting vulnerable women again.

“It also sends out a clear message that this sort of activity will not be tolerated and that anyone caught doing so will be dealt with robustly. 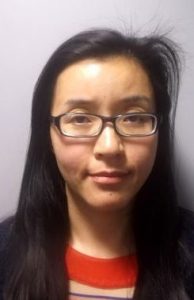 “This has been a complex and lengthy investigation where vulnerable women were trafficked into the UK for the purposes of prostitution.

“Often the women were moved to different towns around the south east where hotel rooms were booked for them and then they were told who they would be seeing and what services they had to offer. They had no say in any of this.

“Each of the defendants vehemently denied the offences. However, through exploring their movements, their finances and their lifestyle arrangements we were able to provide key evidence to the prosecution.

“We were able to show the hundreds of hotel and adult website bookings the defendants made, and recovered numerous mobile telephones, SIM cards and hotel room keys as well as other key evidence in searches.

“This was effectively a well organised and structured business which made the defendants thousands of pounds, as was seen from their bank accounts.

“Over the course of the investigation officers spoke to a number of women with their safety and welfare at the forefront of our minds. 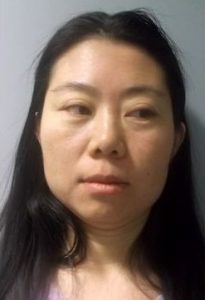 “Each of the women we spoke to were offered support and protection (through the National Referral Mechanism).

“Our case was also supported by the strength of the account given by one of the victims, who bravely gave evidence at the trial and I am grateful for her cooperation.

“These convictions are a really positive result for Sussex Police, for the victims involved and for all communities to show that human trafficking is not acceptable and will not be tolerated.

“Working with partner agencies, we are committed to preventing and detecting human trafficking and protecting vulnerable victims. We will continue to investigate all reports of human trafficking to bring offenders to justice.

“We would also encourage any other victims of human trafficking to report it to us online or call 101, or in an emergency call 999. We are here to help and support you.” 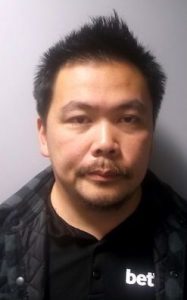 Kevin Thomson, from the Crown Prosecution Service, said: “This was an organised operation designed to traffic women into prostitution, as shown by the variety of bank accounts used to run it and the sheer amount of funds it generated.

“These elements helped to provide compelling evidence of what these defendants were doing.

“The gang exploited vulnerable women, putting them to work in situations which exposed them to serious potential risks.

“Once the women were caught up in the prostitution ring, it was invariably almost impossible for them to escape the life they had been forced into.

“All the time, they were then earning what turned out to be huge sums of money for the defendants, who were responsible for running the operation without any regard for the women’s wellbeing.”