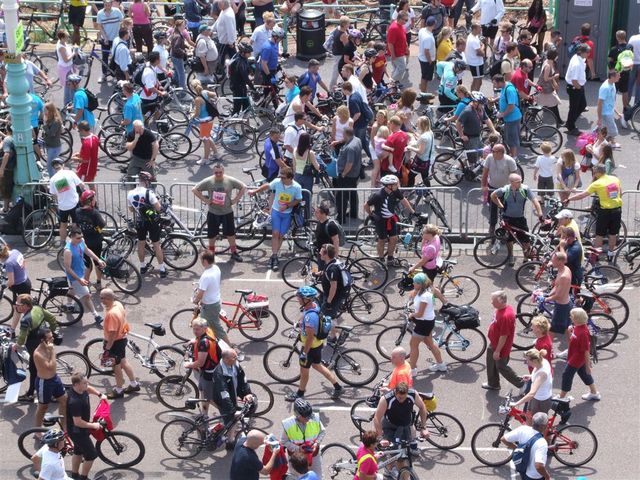 Concerns have been raised about the number of events held in Madeira Drive as plans to close the road for 21 days next year go before councillors.

Whitehawk residents in particular have complained after the roads there were in gridlock after the annual Mini Owners Rally in May.

At a public meeting in June, many complained roads were blocked as there were too many cars to fit in Madeira Drive during the event, which attracted 10,000 visitors.

East Brighton Labour Councillor and committee deputy chair Nancy Platts has raised residents’ concerns with officers about the number of events and the impact on residents.

September is the busiest month with five events over three weekends.  May has four events planned over three weekends, including next year’s mini rally on the 19, according to a report going before Brighton and Hove City Council’s Tourism, Development and Culture Committee tomorrow (Thursday 22 November).

Speaking before the meeting, Councillor Platts said: “I am keen that we strike the right balance between Brighton as a lively and vibrant city for everyone who lives and works here, Brighton as tourist destination – and clearly tourism contributes hugely to or local economy – and the needs of local residents who want to enjoy the natural environment of the beach.

“I have received two written complaints from residents about this matter and I am supporting them to make their views known through the democratic process.”

The council can allow major events for 28 days throughout the year.

The biggest event is the London to Brighton Bike Ride on Sunday 16 June, with 50,000 people participating.

Brighton Marathon is second with 40,000 people pounding the streets on Sunday 14 April.

Fees charged for events in Madeira Drive contributes to the costs of the outdoor events team helps reduce the cost of charitable and community events and free public entertainments across the city.

The Tourism, Development and Culture Committee meets in public at Hove Town Hall from 4pm on Thursday 22 November.