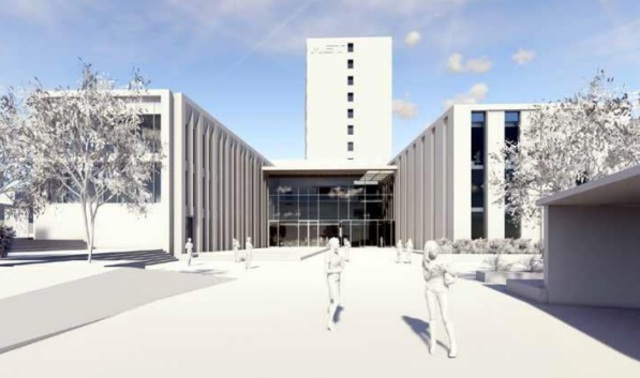 None of the new homes the Met College wants to build to help finance its new extension will be affordable, councillors will hear next week.

It also wants to knock down the old Victorian College opposite and to build 135 new homes on that site and other college land in Cheapside and Trafalgar Court.

Officers have recommended Brighton and Hove City Council planning committee give outline permission for the scheme, but their report says if no affordable housing is included, the college or any future developer will have to provide a financial viability report.

The college could also be required to pay the council to build affordable housing elsewhere.

St Peter and North Laine Green Councillor Lizzie Deane, has written to share her concern about the lack of affordable housing.

She asked for affordable housing to be made a condition of approval.

Councillor Deane said: “Overall, the local community has broadly welcomed the fact that this application has gone some way in addressing previous concerns.

“However I would ask that the remaining concerns be taken into consideration and also addressed prior to any approval being granted.”

The new college centre would be housed in a three storey extension on the college car park in Pelham Street. The plans also include alterations to the college’s tower building.

The new building is being part funded with a £5million from the government’s Local Growth Fund. It will create two new extension wings, a bridging building and an outdoor landscaped space.

The 135 homes would be a mix of sizes ranging from studio apartments and flats in a six-storey block, to three-bedroom mews houses.

The council’s policy is for 40% of new developments to include lower cost housing.

As well as Councillor Deane’s letter, the council received three more objections to the scheme.

Punch Partners Limited (PTL), owner of the Hobgoblin pub on the corner of York Place and Cheapside, is concerned the proposed six-storey block of flats planned for where the Victorian college now stands will overshadow the beer garden.

In a letter from its solicitors the company said: “A significant loss of sunlight and daylight to such an amenity will have a serious detrimental impact on my client’s property.

“PTL wish to ask the council and applicant to reduce the scale of the building from the six storeys proposed, to a maximum of three storeys, in line with the current building on the site.”

A neighbour is concerned changing a slope from Whitecross Street to Pelham Street into steps will attract street drinkers.

In their comment they said: “The MET’s security team will be tasked during the day with unenviable job of removing street drinkers and aggressive beggars, who will simply be displaced to just outside the periphery of the site.

“They will create further problems for local residents and users of streets adjacent to these stepped entrances, over and above the serious anti-social behaviour problems already present.”

Another commenter asked for preservation of the Victorian facade of the old college building.

The application is the first major scheme on the agenda for the Planning Committee when it meets in public at Hove Town Hall from 2pm on Wednesday 5 December.