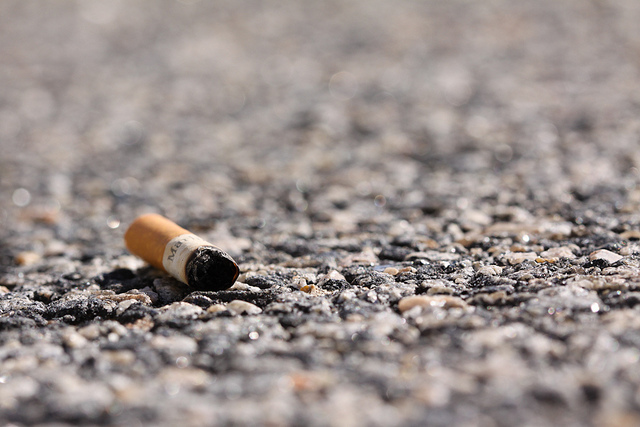 Six smokers who were caught by litter cops dropping cigarette butts have landed hefty court bills and a criminal record after failing to pay on the spot fines.

None of the five men and one women appeared at Brighton Magistrates’ Court for their hearing on Wednesday 12 December. In each case the charge of littering was proven in their absence.

All the litterbugs gave their details to Brighton and Hove City Council environment enforcement officers, who checked their details electronically. When they didn’t pay the £75 fixed penalty notice within 28 days, they were summoned to court for last month’s hearing.

The court gave them until Wednesday 26 December to pay the fines.

Councillor Gill Mitchell, who chairs the council’s Environment, Transport and Sustainability Committee, said: “We’re determined to stamp out littering and these convictions show we take this type of crime very seriously.

“We will not sit back and watch our beautiful city become dirty because someone can’t be bothered to find a bin for their cigarette butt or rubbish or clean up after their dog.

“Nor will we stand aside and let people fly-tip their unwanted items beside a communal bin, expecting the council to take them away at the expense of other council tax payers.

“We will continue to gather evidence and fine offenders. If they fail or refuse to pay, we will take them to court where they will be handed much bigger fines and a criminal prosecution, as these offenders have found out.”