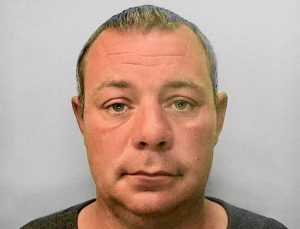 The force said: “Police in Brighton, who have been are searching for registered sex offender Kenny Knight, arrested him in the city last night (Tuesday 23 July)

“Knight, 38, of no fixed address, is due to appear in custody at Brighton Magistrates’ Court on Thursday (25 July) charged with failing to register his current address with the police.

“An appeal for information on his whereabouts had been published on (Thursday) 4 July.”

At the time, Detective Sergeant Helen Paine said: “We believe Knight may still be in the Brighton and Hove area, where he comes from.

“And it is possible that some people who know him do not realise that he is currently wanted.

“There is no evidence or information to suggest that he has been currently committing other offences but it is important that we find him and eliminate any such risk.”