Councillors will keep their right to a permit for two popular car parks although the perk will no longer be free.

Instead they will have to pay £23 a month – the same contribution paid by councillors who opt to have a bus pass.

A row over whether councillors should be allowed to park for free started when Brighton and Hove City Council set its budget last year.

And it resurfaced at the budget meeting in February this year, with the Greens determined to overturn what some regard as an outdated perk.

They claimed that the move would be worth £38,000 a year for Brighton and Hove City Council – money which be spent on more pressing priorities.

But changes to councillors’ allowances are subject to independent review and last night (Thursday 25 July) the review findings were discussed at a meeting of the full council at Hove Town Hall. Again, passions ran high.

The council’s Independent Remuneration Panel said that councillors should be allowed to park in Norton Road and The Lane car parks on Mondays to Fridays only.

The panel said that councillors should pay towards the cost of their passes for the two car parks while noting that the passes did not guarantee a space.

The panel added: “Removing parking spaces and passes may ultimately cause upward pressure on allowances and expenses if alternative travel frustrates the efficient and timely operation of council meetings and other business and/or increases councillors’ expenses.”

Green party councillors Steve Davis and Elaine Hills asked colleagues to back removing the car parking perk so that “councillors opting to drive to meetings pay the normal public tariff”.

Councillor Davis said that he understood why people wanted to drive and park near the town halls.

But he said – on one of the hottest ever days in Britain – that the world was facing a climate emergency.

He said: “Is this really the image we want to show our residents?

“If members of the public have to pay to park when they are attending the town halls, why shouldn’t councillors.

“I’m not saying you cannot drive but we should pay for it.” 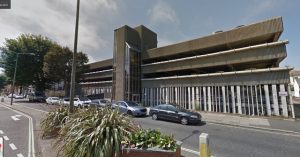 Councillor Davis said that the reason he and his fellow Greens “walked away with the Conservatives’ crown jewel” of Withdean ward – they won the three seats from the Tories in May – was because people were listening to David Attenborough and others on the climate emergency.

Councillor Yates said that the council would do well to look at entitlements for staff and to ensure that the rules applied to councillors were comparable.

The Greens’ attempts to scrap the perk were defeated although members would now chip in towards the cost.