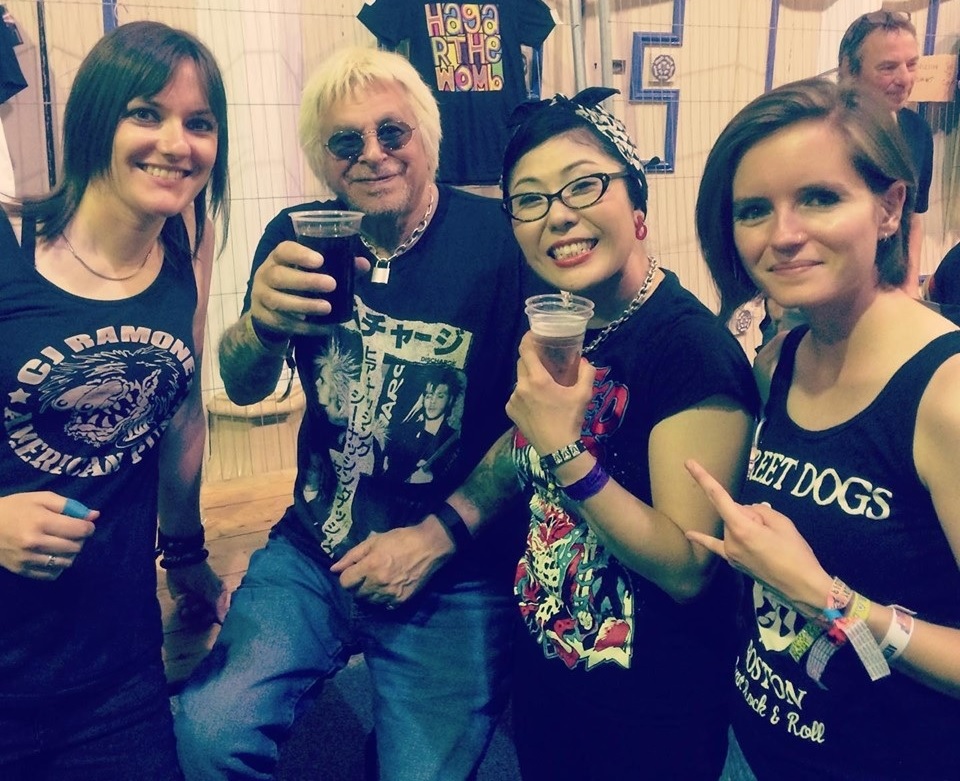 As the longest running, largest, and most respected punk rock festival in the world, Rebellion is a festival that caters to both new and established acts from all around the globe. Having first opened its doors in 1996 as ‘Holidays In The Sun’, it’s steadily grown over its twenty-three years both in the UK and overseas.

Del Strangefish and Jimmy Skurvi of the events official broadcast station, Rebellion Radio, are reporting on the events from the festival for the Brighton & Hove News.

Here is a transcription of their highlights of Day 4 – Sunday 4th August:

Jimmy Skurvi: We’ve had a bumper day here on Sunday’s Rebellion. Just a few of the highlights that I want to point out. Dirtbox Disco (5:10pm – 5:55pm ‘Club Casbah’ stage) that were on the ‘Club Casbah’ stage, they were absolutely fantastic. Also Eastfield (5:40pm – 6:20pm ‘Pavilion’ stage) who are a brilliant band, they were on the ‘Pavilion’ earlier. I’ve seen quite a lot on my stage, Department S (6:00pm – 6:45pm ‘Opera House’ stage) were amazing, and finally after all this time, we found Vic. We found him. He is there! 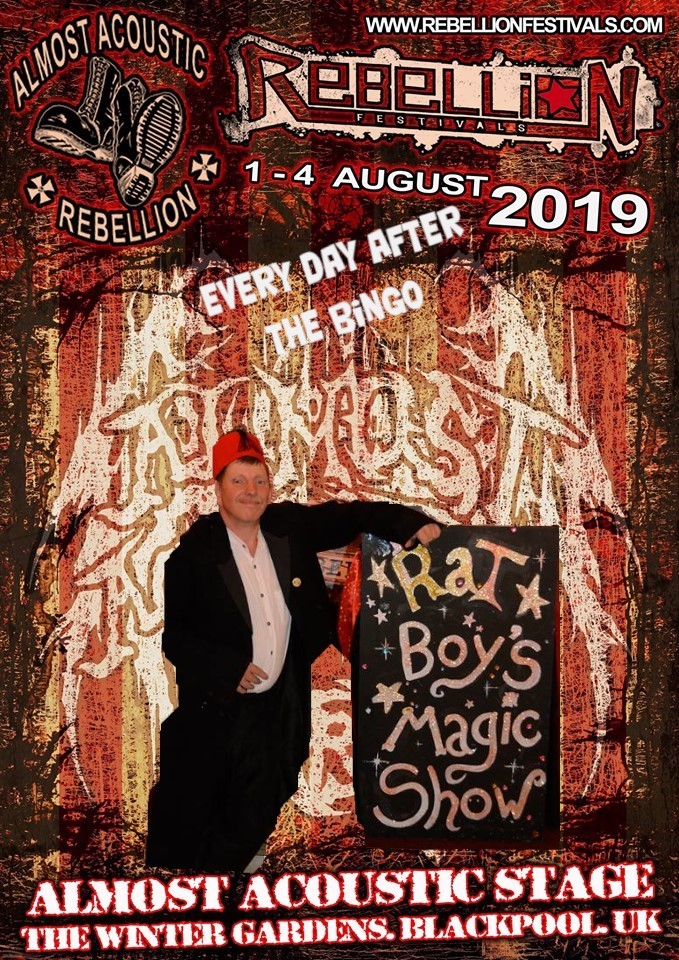 Del Strangefish: Today I’ve mainly been stuck in the one room (broadcasting studio) for eleven hours, but I have during that time been to the Rat Boy’s Magic Show.
At the beginning of each Rebellion music festival they have a little cabaret bit going on in the ‘Almost Acoustic’ stage. It usually starts off with Max’s Bingo from Max of Splodgenessabounds. He basically reads out all the numbers. All the punks sit round and they win various prizes like a 1982 David Hasselhoff calendar. I think some Dutch porn was a prize one year and unfortunately an eleven year old girl won that, so she got a 1972 Beano Annual instead.

Following that we have Boggy Formby which is a punk rock George Formby/Macc Lads sort of, I don’t know how to describe it really, punk banjo.
The headline in the big attraction, there was a full house there today. There was Rat Boy’s Magic Show, the first trick obviously was to make the audience disappear. Second trick was pencil through the coin. Third trick was knife through a member of the audiences arm – paramedics on standby, and the fourth trick was getting his lovely assistant Jo get into a cupboard and make her turn into a big bulge in the curtain at the back of the cupboard. And that was it really. It was thoroughly enjoyable and went down well and there were a lot of people there, and it’s building every year. Also he hypnotises you into buying a t-shirt at the end.

It’s been great doing these reports – do it again next year!

DS: Thanks to Daz and Jenny Russell for putting on the festival and thanks for employing us and making possible.

JS: Exactly, I couldn’t have put it better myself.

DS: All the Saturday and Sunday weekend tickets were all sold out – everything was gone!

JS: Make sure you get your tickets early for next year. They are available on Rebellion Festivals Dot Com.

DS: Forward slash tickets tickets and they are at £150 in advance. You save £30 by doing it that way, because they will go up to £180. So Cock-A-Doodle-Doo get your early bird ticket. 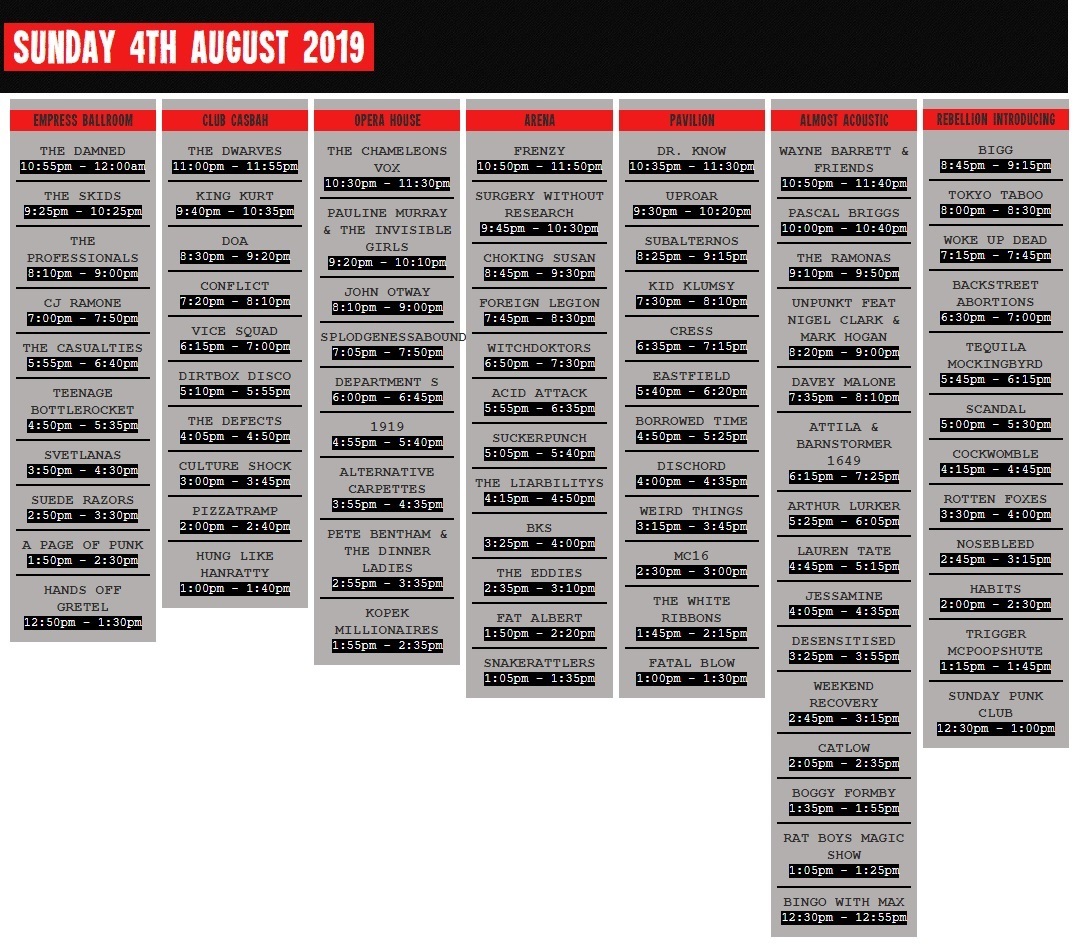