‘Where’s Captain Kirk?’ and ‘Spock’s Missing’…. We go in search of Spizz 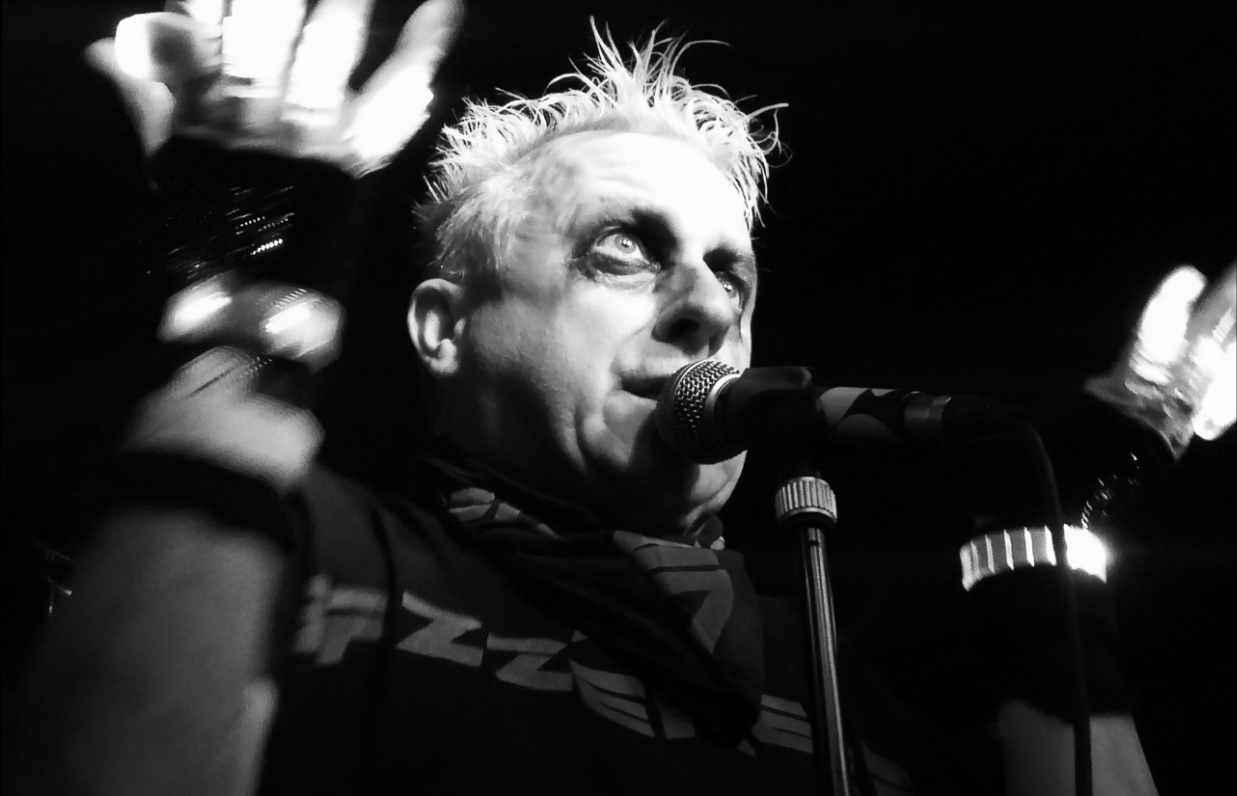 Incredible as it may sound, but it’s almost 40 years since the UK Official Indie Chart came into being. At the time there was a serious need to set up the chart as the official top 40 was based on sales at large chains and ignored significant sales at the scores of independent record shops that existed. Iain McNay of Cherry Red suggested to the weekly trade paper Record Business the idea of an independent record chart to address the problem, and the first independent chart appeared in 1980, published in Record Week, and later licensed to Sounds.

The first ever UK Indie Singles Chart appeared on 19th January 1980 and the number one single that week was a mere 2 minutes and 17 seconds in length and had been released on Rough Trade Records in December 1979 and it stayed put for a further six weeks – that record being ‘Where’s Captain Kirk?’ by Spizzenergi. What a fabulous milestone for the band! No-one will ever be able to take that away from them! 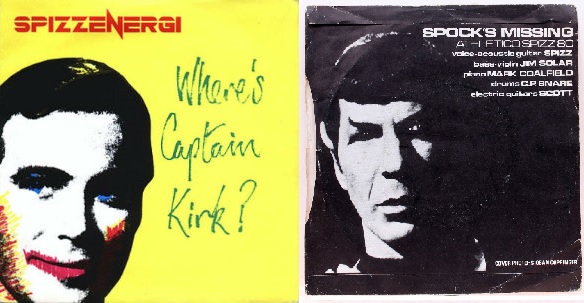 In fact during that first year (1980), there were only 12 number one records in total and a vast majority of the bands (with these No.1 tunes) are still cherished to this very day! Oh OK I’ll list them as I’m sure you’re curious to know:
UB40 (‘King’/’Food For Thought’) & (‘The Earth Dies Screaming’/’Dream A Lie’), Crass (‘Bloody Revolutions’), Joy Division (‘Love Will Tear Us Apart’) & (‘Atmosphere’), Black Sabbath (‘Paranoid’), Zounds (‘Can’t Cheat Karma’), Killing Joke (‘Requiem’), Dead Kennedys (‘Kill The Poor’), Motörhead (‘Beer Drinkers And Hell Raisers’) and Adam & The Ants (‘Cartrouble’).

At the time I purchased no less than 7 of the 12 singles and I still have all of them to this present day.

Anyway, back to Spizzenergi, which was and still is fronted by the rather wonderfully eccentric Spizz. Back in the day, Spizz would change the band name each year, but alas the Guinness Book of Records failed to recognise Spizz’s claim that he has recorded and released the greatest number of recordings under different names. We’ve had: SPIZZ’77, SPIZZOIL, SPIZZENERGI, ATHLETICO SPIZZ 80, SPIZZLES, SPIZZOLOGY and SPIZZITALIA!

Nowadays the band go under the banner of Spizzenergi. I have been fortunate to have witnessed their live sets as recently as last year at The Prince Albert in Brighton and in 2016 at the Undercover Festival up at Brighton Racecourse. On both occasions it was a masterclass of rock ‘n’ roll pomp and energi that few acts would be able to match. The personnel being made up of Spizz and his eclectic Sputnik-esque crew, namely Luca Comencini (guitar), Ben Lawson (bass), Phil Ross (guitar) and Jeff Walker (drums). 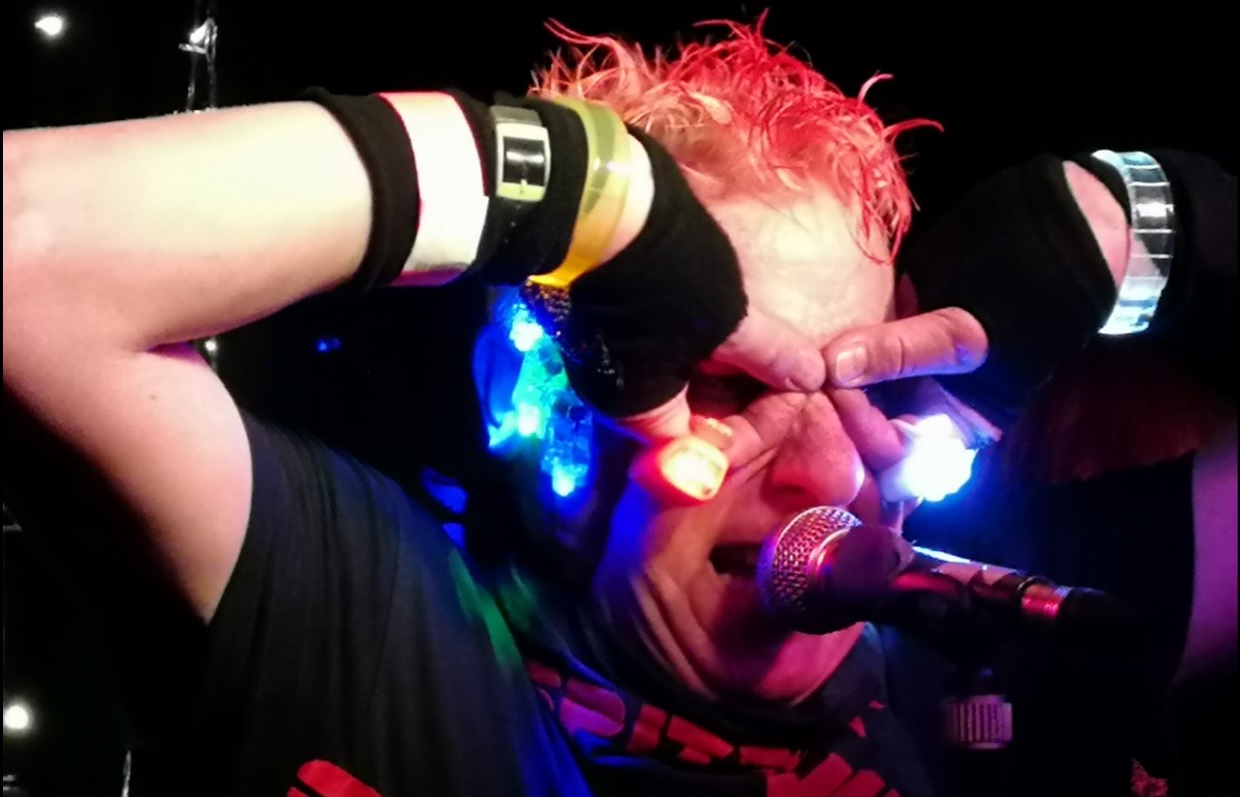 Spizz himself is exactly what the music industry needs – a real eccentric but lovable character! There’s just something very British about Spizz’s psyche. Battling on in his own inimitable style and not taking a blind bit of notice what anyone else thinks. His amount of eccentricity within our British society overall is equally balanced in proportional with his vast courage, his mental vigour and his genius. I can’t understand why he isn’t based in bohemian Brighton, where he would no doubt reside within a folly or something similar.

Talking about all things local, as it will be 40 years since the release of ‘Where’s Captain Kirk?’, Spizz is taking the band out on tour and will thankfully be calling into The Con Club in Lewes on 1st December.

To whet your appetite, here is the setlist from Spizzenergi’s last show in Brighton: 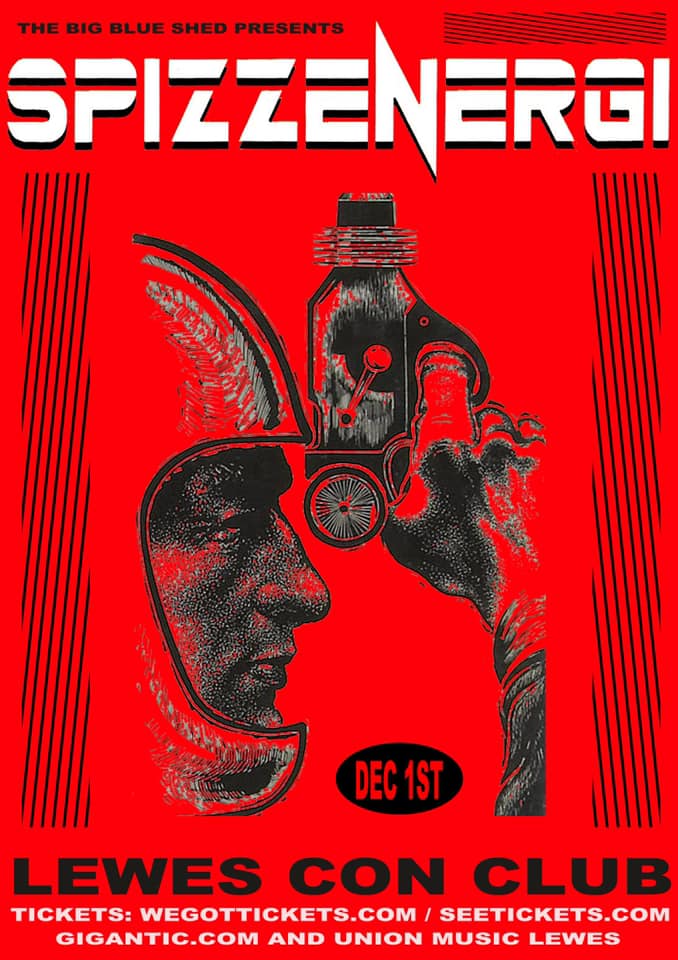