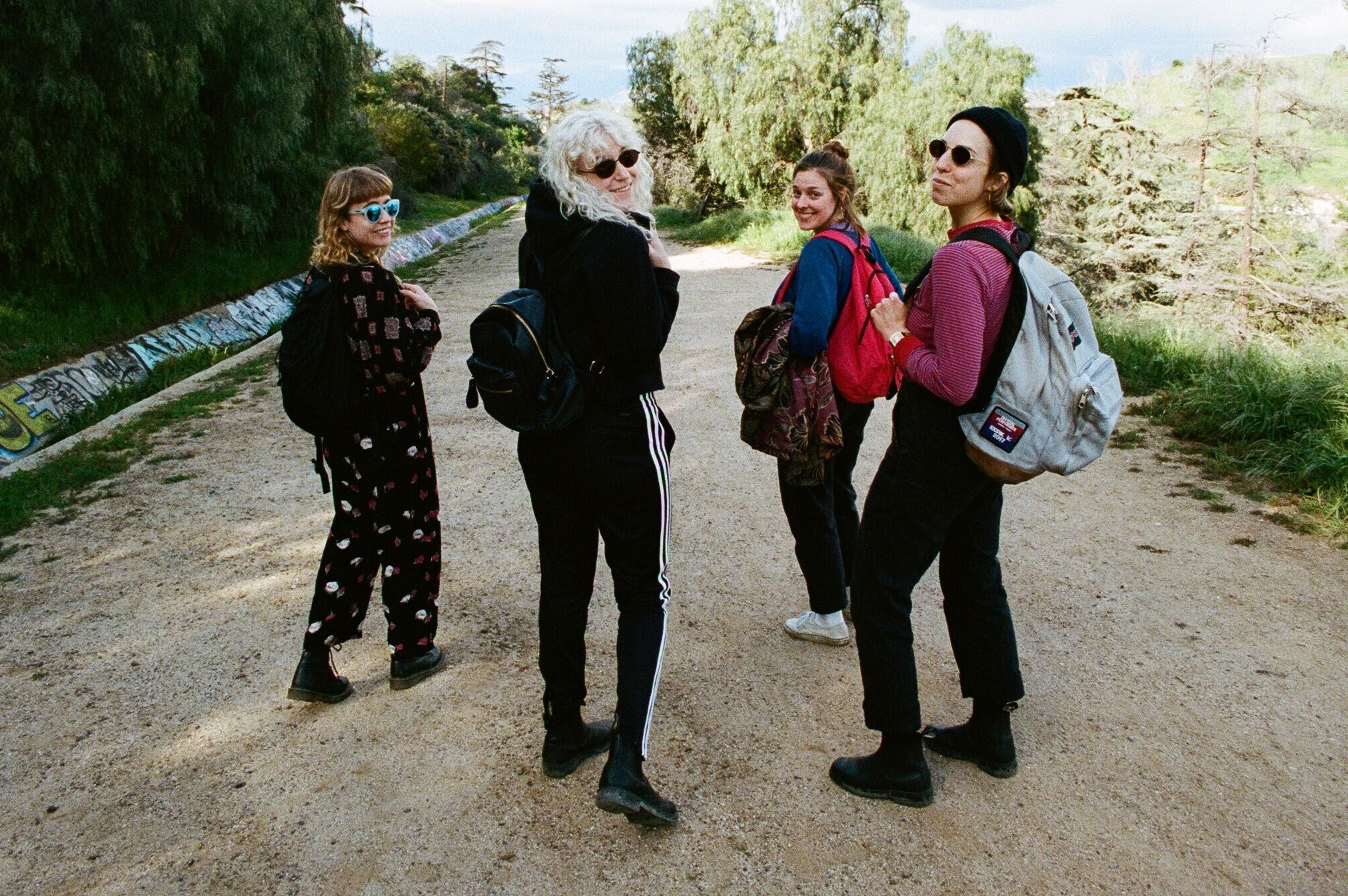 Acclaimed Seattle band Chastity Belt have returned with their first new music since 2017’s ‘I Used To Spend So Much Time Alone’. This heartfelt new ten track record, simply titled ‘Chastity Belt’, is due out on Friday, September 20th on LP, CD, digital, and cassette from Hardly Art records. Chastity Belt will be touring extensively in support of the record – see below for a full list of UK dates, which includes a Brighton gig.

‘Chastity Belt’ was co-produced by the band and Melina Duterte aka Jay Som. The band have shared a self-made music video for the album’s nostalgic opening track, ‘Ann’s Jam’, watch it HERE. You can also listen to their second single titled ‘Elena’ from the album HERE.

Chastity Belt’s energy is like a circuit, circling around the silly and the sincere. Theirs is a long-term relationship, and that loop sustains them. Tongue-in-cheek witticisms and existential rumination feed into each other infinitely, as long as they’re together. That’s a creative thesis in and of itself, but isn’t that also just the mark of a true-blue friendship?

The band talks a lot about intention these days—how to be more present with each other. The four piece—Julia Shapiro (vocals, guitar, drums), Lydia Lund (vocals, guitar), Gretchen Grimm (drums, vocals, guitar) and Annie Truscott (bass)—are nine years deep in this, after all. It seems now, more than ever, that circuit is a movement of intentionality, one that creates a space inside which they can be themselves, among themselves. It’s a space where the euphoria of making music with your best friends is protected from the outside world’s churning expectations. It’s a kind of safe zone for the band to occupy: a group of friends who love each other.

Their fourth record, ‘Chastity Belt’, embodies that. The decision to eponymously title it is as strong a statement as any on where they are in their career. “I feel like this record is a really good representation of who we all are, and I feel like we’re at a point where we’ve really come into our own” says Julia. “We’re more us than ever.”

After touring Chastity Belt’s last record ‘I Used To Spend So Much Time Alone’ in 2017 (which included an appearance at the Green Door Store in Brighton on 13th September), the band took a restorative few months in 2018, each member worked on solo material or toured with other bands. “So much of the break was reminding ourselves to stay present, and giving ourselves permission to stop without saying when we’re gonna meet up again,” says guitarist Lydia Lund. “It was so important to have that—not saying, ‘we’re gonna get back together at this point,’ but really just open it up so we could get back to our present connection.” Drummer Gretchen Grimm explains it as “trying to weed out the parts of being in a band that feel like obligation and sticking to things that feel like a true expression of us”

So when they reunited ready to record ‘Chastity Belt’, things had changed – Annie had moved to LA, they’d all been in and out of relationships and their perspectives had shifted. They came together with more intention and assertion than ever before.

With the luxury of spending several weeks in the studio with Jay Som’s Melina Duterte, Chastity Belt were able to take time and experiment. The new self-titled album sees them adding more dynamic vocal harmonies, sharing lead vocals on different tracks, and working with different instruments such as violin (played by Annie), cello, trumpet and keyboards. It makes for an intricate yet uncluttered record that is not only a product of, but a series of reflections on what it means to take what you need, and to understand yourself better. It is some of their most mature, most introspective and nuanced material to date – unhurried, thoughtful and poignant.

Many of Chastity Belt’s signature dynamics, from the silly to the sincere, have read as feminist gestures: the Cool Slut DGAF-iness, the shrugging off of the “women in rock” press gargle, the fundamentally punk act of creating music on your own as a woman, and being lyrically forthright. What the making of ‘Chastity Belt’ reveals is that the band has tapped into a deeper tradition of women making art on their terms: the act of self-preservation in favour of the long game. In favour of each other. In this cultural moment, taking space like this to prioritise the love over the product seems progressive. Chastity Belt’s intentions have resulted in an album deeply expressive of four people’s commitment to what they love most: making music with each other.

‘Chastity Belt’ will be released on September 20th via Hardly Art. Pre-order it HERE. 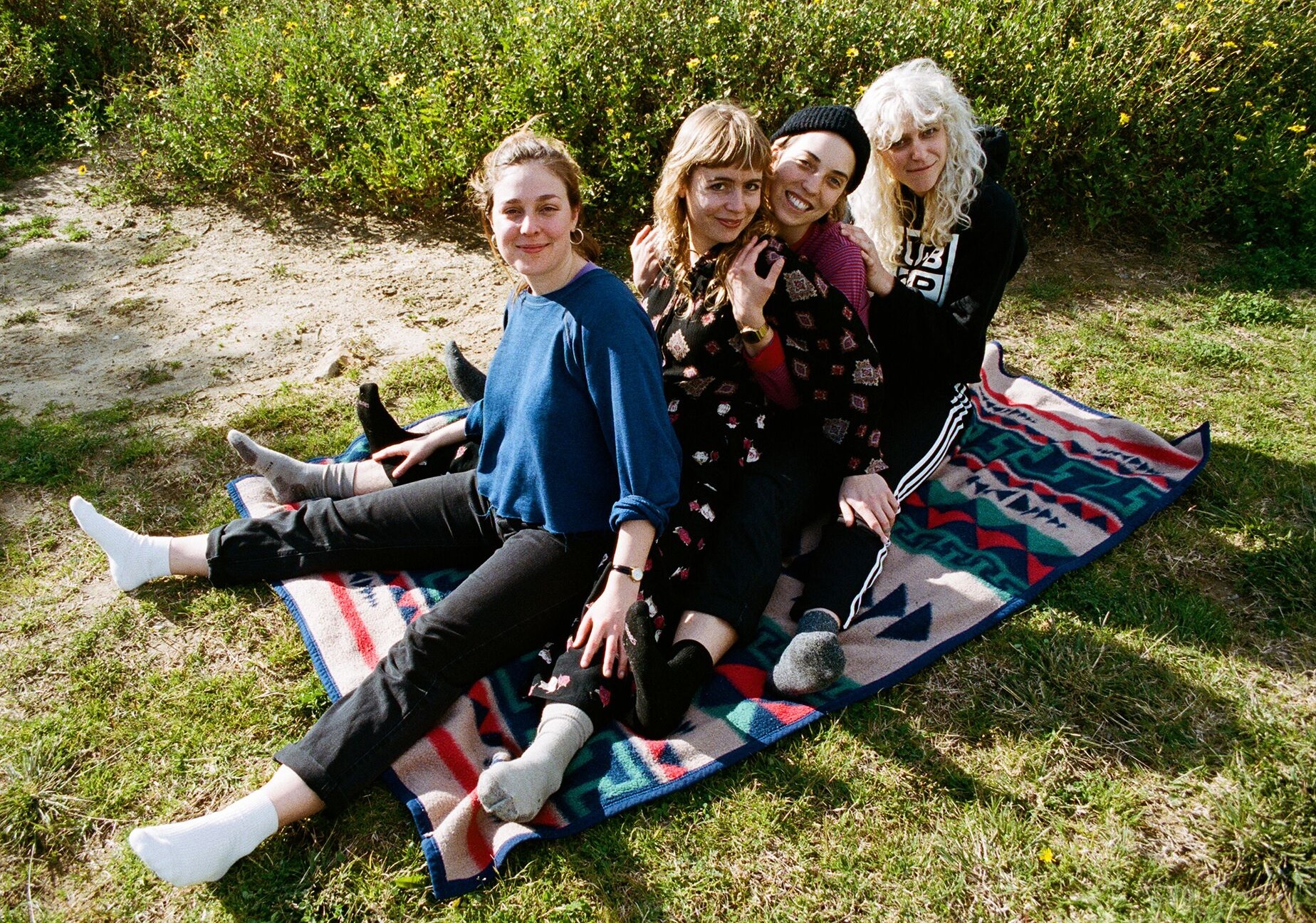 Purchase your tickets for the Patterns, Brighton gig HERE.

For more information on the band, visit their website www.chastitybeltmusic.com where you can also listen to their material on this page – click HERE.